The Grand Slam season begins at the Australian Open from February 8, 2021.

The 3-week delay than the scheduled will allow players to arrive in Melbourne and undergo quarantine and prepare for two ATP 250 events and the ATP Cup in the lead up to the rescheduled February 8 start. 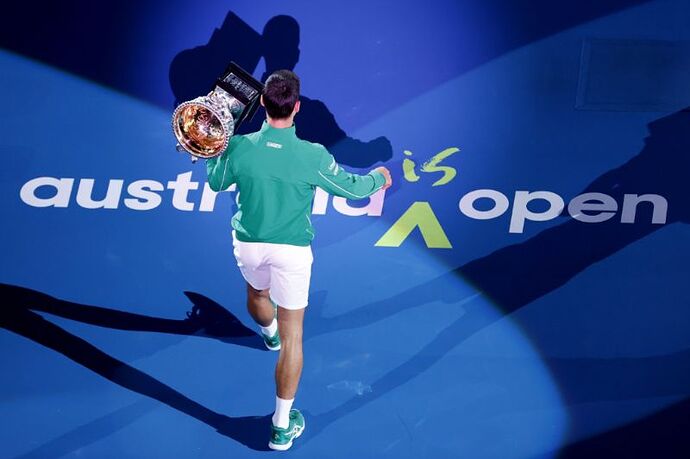 The first Slam of the year, despite its heavy restrictions, is expected to draw all the big names including Men’s No. 1 and defending champion Novak Djokovic, No. 2 Rafael Nadal, former No. 1 Andy Murray and a horde of younger star players like Dominic Thiem, Alexander Zverev and Andrey Rublev.

Six-times champion Roger Federer has withdrawn from the Australian Open as he continues to work his way back to fitness from two knee operations earlier this year.

Let’s share the Grand Slam updates and discuss the match results on this thread.

Federer pulls out of the Australian Open because of strict COVID protocols. 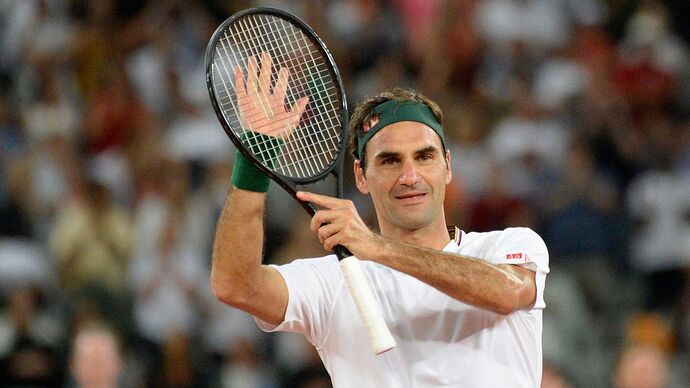 Federer’s manager Tony Godsick said the tennis legend wouldn’t be rushing back to the court for the tournament at Melbourne Park, which is scheduled to begin on February 8.

“Roger has decided not to play the 2021 Australian Open,” Godsick told AP in a statement.

“He has made strong progress in the last couple of months with his knee and his fitness. However, after consultation with his team, he decided that the best decision for him in the long run is to return to competitive tennis after the Australian Open.

Australian Open qualifiers to be held in Doha from January 10 to 13 before the players head to Melbourne for a 14-day quarantine. 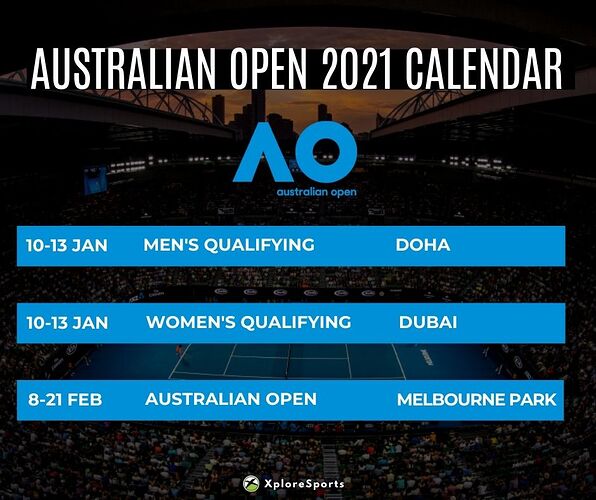 3 ATP 250 events are confirmed as not taking place in 2021 due to the pandemic. They include the ASB Classic (Auckland) and the New York Open, while the Tata Maharashtra Open (Pune) is unable to stage in its scheduled February week. 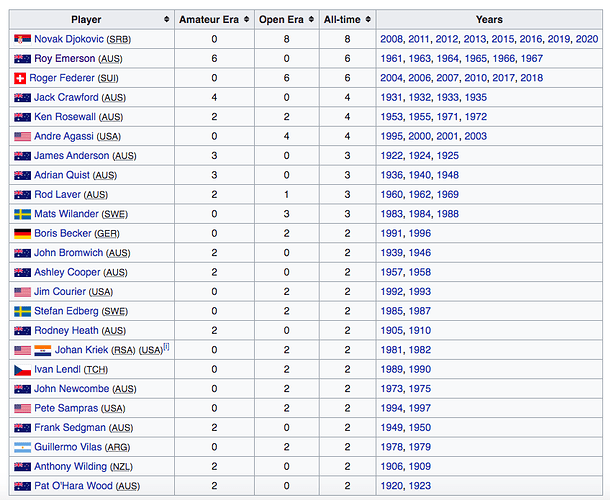 Nicknamed “The Rocket” by legendary coach, Harry Hopman, Rod Laver was the No.1 ranked professional from 1964 to 1970 and proved his ability in both the pre and post open era, in the world of tennis. 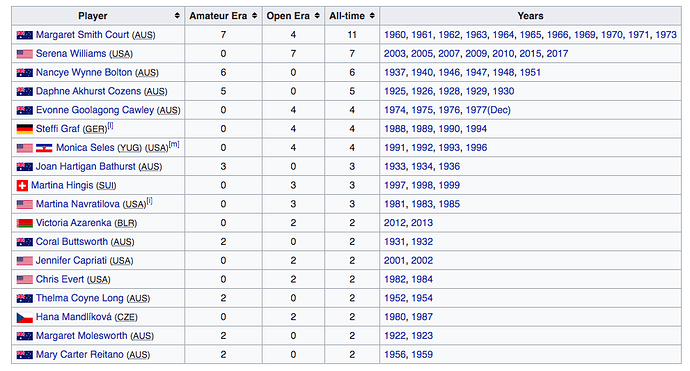 She won 64 Grand Slam championships, more than any other player in history. She won 24 of those singles titles (11 Australian Open, 5 French Open, 3 Wimbeldon & 5 US Open titles), a record that still stands. She also won 19 women’s doubles and 21 mixed doubles titles.

Qualifying Round in Doha - Update

Ankita Raina through to final round of qualifiers; Ramkumar Ramanathan eliminated

India’s top-ranked women’s player Ankita Raina moved to the final round of the Australian Open Qualifiers with a gutsy three-set win (6-2, 2-6, 6-3) over world number 118 Katarina Zavatska but it was curtains for Ramkumar Ramanathan in the men’s singles. 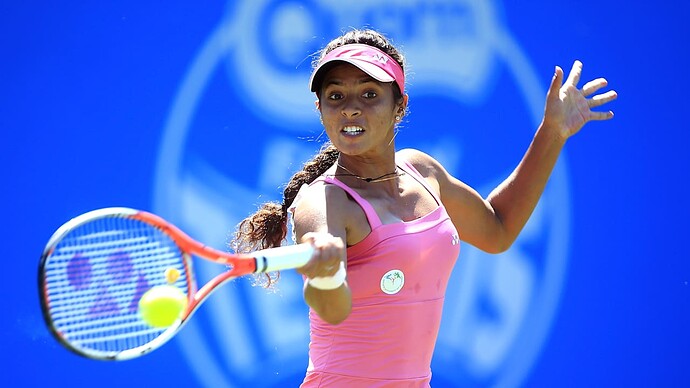 It is Ankita’s sixth attempt to crack the singles main draw of a Grand Slam and she is now just one win away from creating history.

Only Nirupama Vaidyanathan and Sania Mirza have competed in the women’s singles main draw of a Grand Slam from India till date.

Nirupama had reached the second round of the Australian Open in 1998 while Sania quit competing in the singles category in 2012.

American John Isner, ranked 25th in the world, said Monday he won’t play the Australian Open because of Covid-19 restrictions at tennis’s first Grand Slam of 2021.

“It really was just a situation where I didn’t want to be away from my family for that long. So, I’ve decided to stay home.” 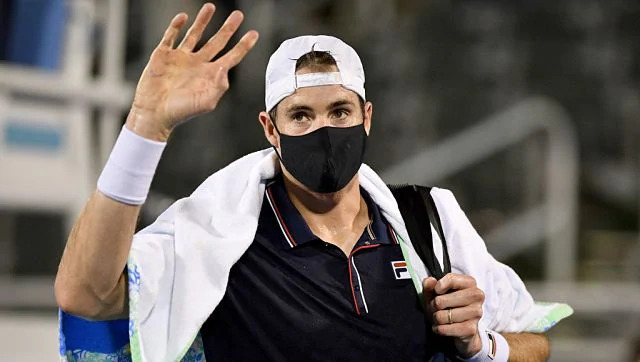 Today is the final day of AO 2021 qualifying

qualifying spots up for grabs 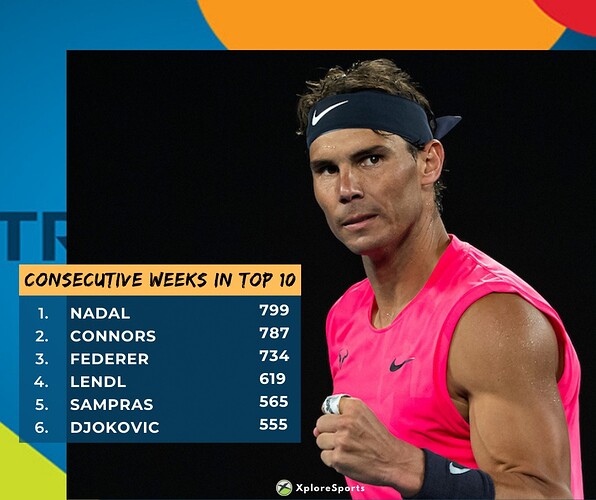 Ankita Raina’s bid to qualify for a Grand Slam singles main draw failed yet again, when she lost (2-6 6-3 1-6 ) the final round of the Australian Open qualifying event to Serbian Olga Danilovic.

It was the Indian’s sixth attempt to qualify for a competition at the grand stage. However, Ankita is still hoping to make the main draw as the organisers have decided to take players, who lost in the final round to Melbourne for ‘lucky loser’ entry in case there are withdrawals.

Considering the COVID-19 situation there could be withdrawals.

In case she does not make it, Sumit Nagal will be the only Indian to compete in the singles event of the first Grand Slam of the season. Nagal has been awarded a wild card entry into the men’s singles event. 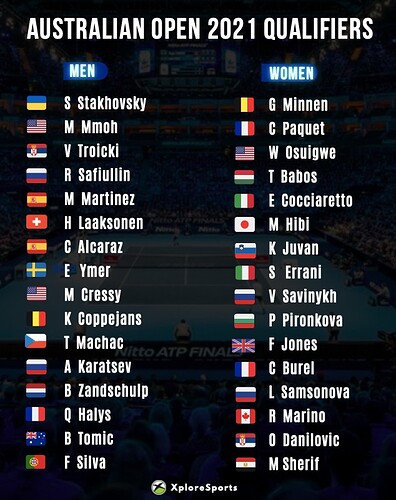 In another blow, American world number 16 and former US Open runner-up Madison Keys said she too had tested positive for COVID-19.

On Wednesday, Rafael Nadal’s coach Carlos Moya said he will not attend the Australian Open due to coronavirus travel restrictions.

Meanwhile, world number 3 and US Open champion Dominic Thiem has had to travel to Australia without his coach Nicolas Massu who also tested positive for coronavirus .

Who will win the AO2021 title - Defending Champion Djokovic Or any of the Top 10 players? 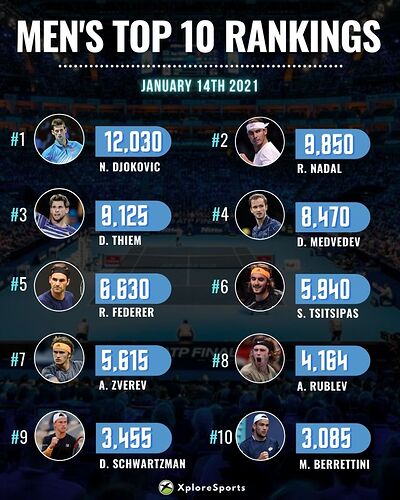 The two positive tests were reportedly a crew member and a participant who is not a player.

About 1,200 players and staff are arriving in Melbourne ahead of the delayed Australian Open starting on February 8.

Defending Champion Sofia Kenin, Serena Williams Or any of the Top 10 players? 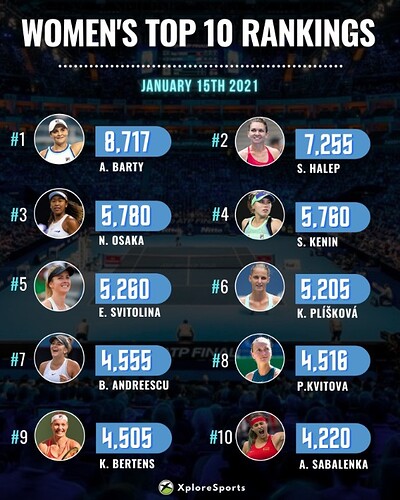