A win for India today will not only help India bag the three-match series but it will also extend their winning streak in T20Is to 10 games thus breaking rivals Pakistan’s record, who won nine T20I games on a trot in 2018.

Team India are yet to lose a T20I in last 12 months with their first win going back to December 2019 against West Indies in Mumbai. In 2020, the first T20I series that India played was with Sri Lanka at home. The first game of the 3-match series was abandoned due to rain in Guwahati, while India won the other two games in Indore and Pune and sealed the series 2-0.

After that on the tour of New Zealand, India completed a 5-0 white-wash of the hosts with two of the matches being won in a Super Over. The win on Friday was their 9th consecutive one.

However, if India clean sweep Australia in the ongoing T20I series then they will equal Afghanistan’s 11-straight win record and also jump to the second spot in ICC T20I rankings. 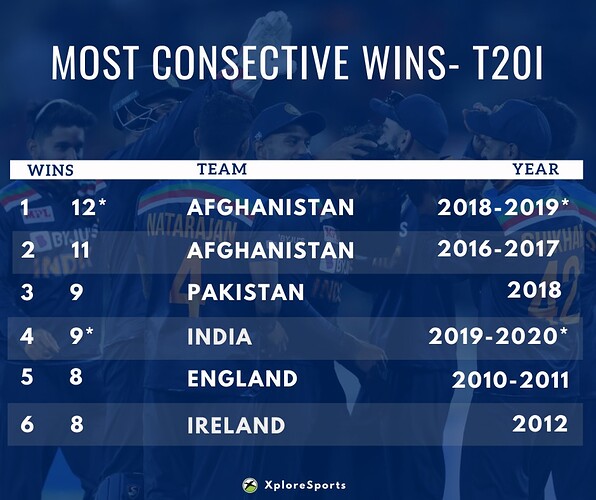 Raunak has a witty spin to his previews and reviews. Although this particular is not as impressive yet worth a tickle to mind! 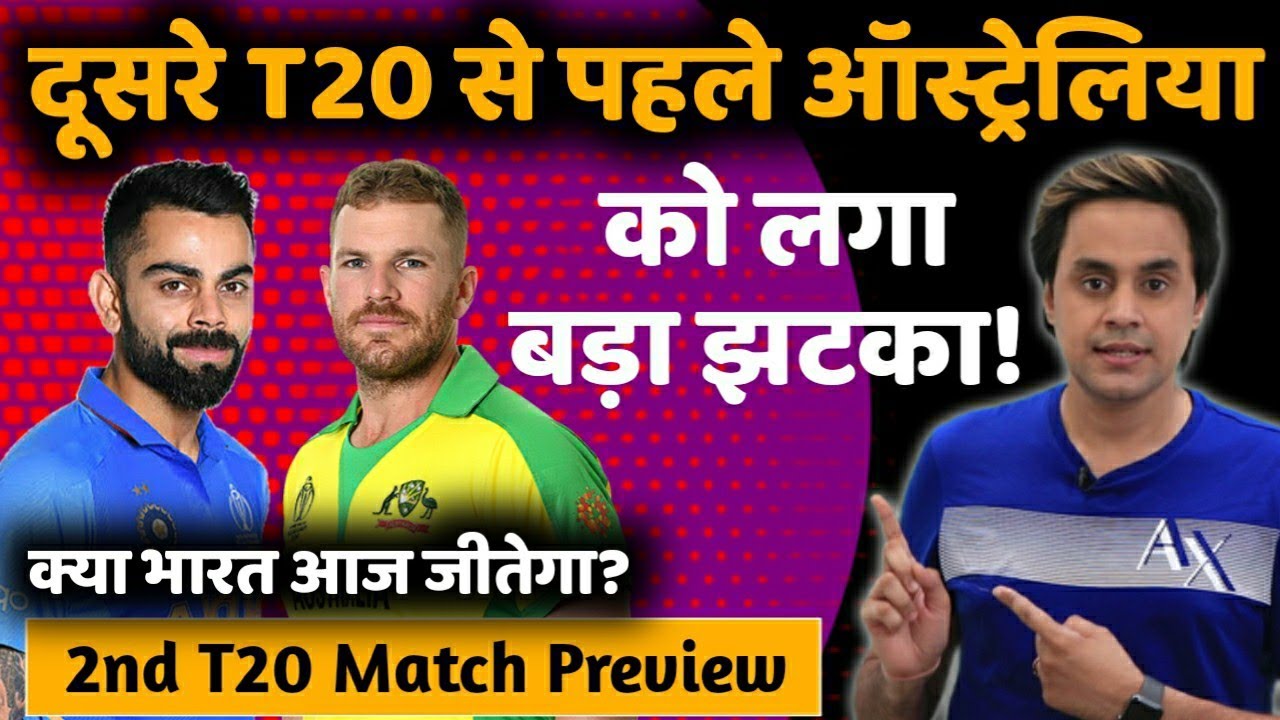 Hardik Pandya seals it for Team India —Winning in style!

Put in to bat, Australia scored a challenging 194 for 5 with skipper Matthew Wade top-scoring with a quick-fire 32-ball 58 while Steve Smith contributed 46 off 38 balls.

India chased down the target in 19.4 overs overs with Hardik Pandya remaining not out on 42 off just 22 balls. Shikhar Dhawan contributed 52 while captain Virat Kohli made 40. India had won the first T20I by 11 runs in Canberra on Friday. The inconsequential third T20I will be played here on Tuesday. 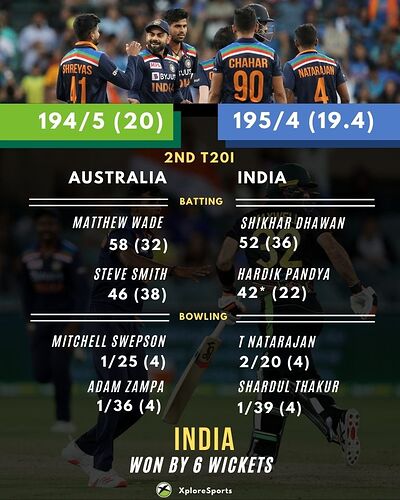 First Indian captain to achieve this.

Hardik’s match-winning knock earns him Player of the Match honours! 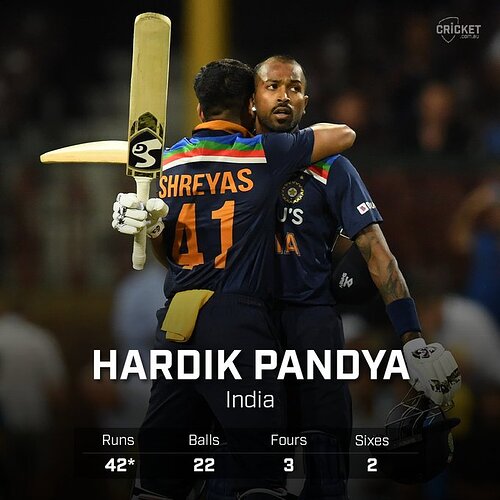 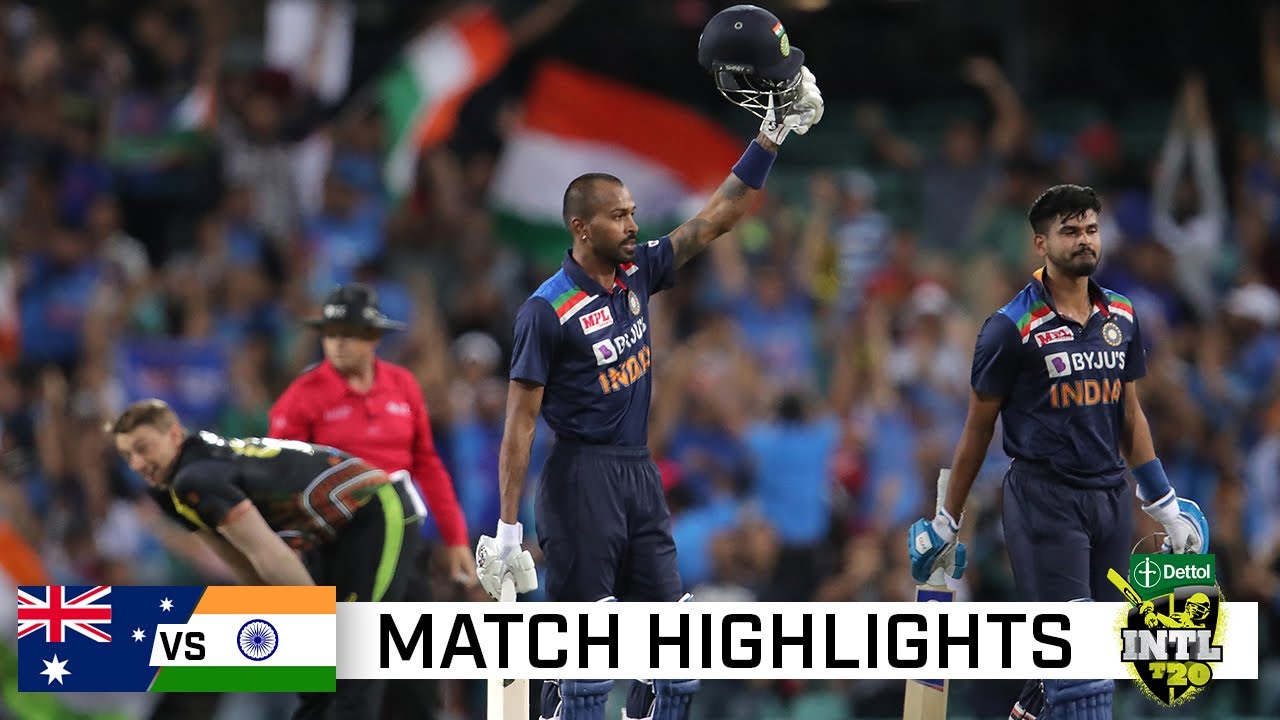 Virat Kohli has picked up a few tricks from his IPL teammate AB de Villiers, lifting a shot straight out of the the South African great’s playbook with a flick for six that sailed over the fine leg fence. 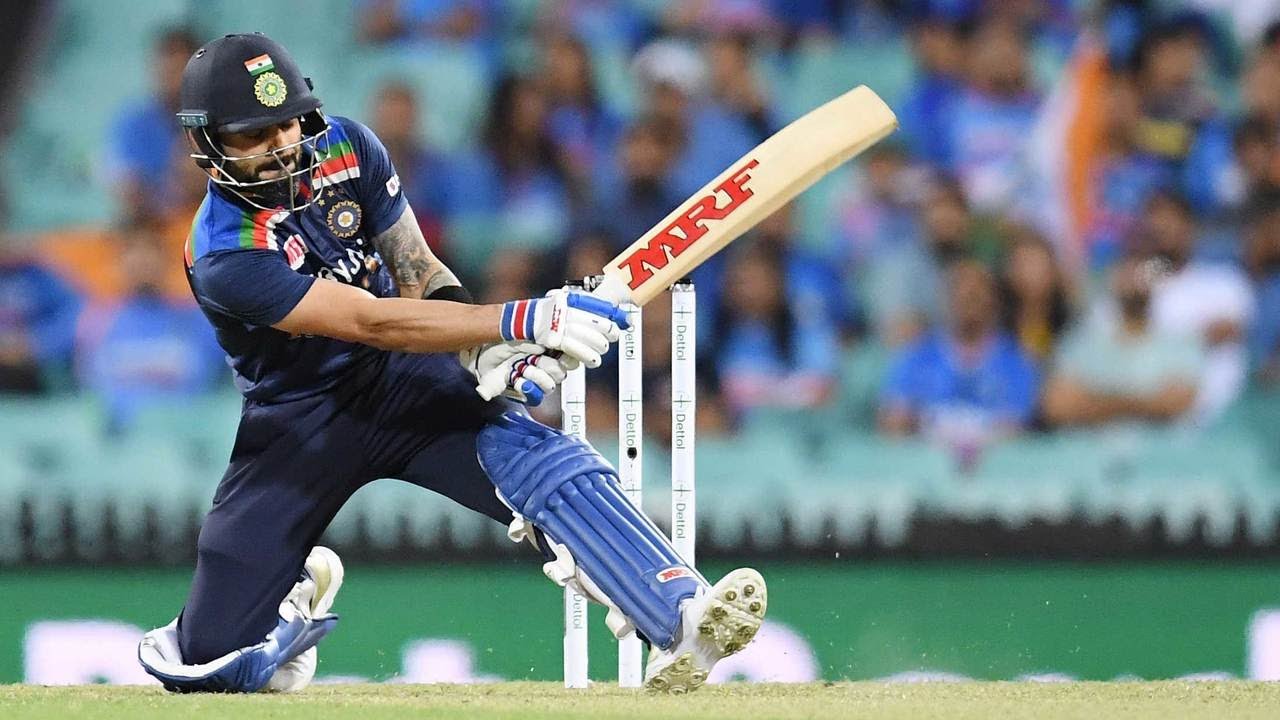 Yes, Suresh Raina had won India the series with a last ball four in a similar manner 4 years ago.

Having sealed the series 2-0 on Sunday, Team India will look to clean sweep the three-match series 3-0 with a win today.

India would look to carry on their winning momentum that has seen them taste success in each of their last 10 completed T20Is overseas. Incidentally, India have another record to defend: They’ve never lost a T20I in Sydney, having beaten Australia in all 3 matches.

India is currently ranked third in the team rankings with 269 points. They are just a point behind the Aussies who are at the second place with 270 points.

If India manages to win on Tuesday, they will climb to the second position, overtaking Australia in the process. According to ICC’s Team Rankings Predictor, India will get two points for the win. Australia, on the other hand, will lose two points.

Currently England holds the No.1 spot in the shortest format of the game with 275 rating points in 25 matches.

India on Sunday had surpassed Pakistan’s winning streak after extending its T20 unbeaten record to 10. They are now placed third in the list behind Afghanistan, who acquires both No.1 and 2 spot.

However, if India clean sweep Australia in the ongoing T20I series then they will equal Afghanistan’s 11-straight win record and also jump to the second spot in ICC T20I rankings.

India wins the toss and has opted to bowl first. India is playing the same XI as the previous game. 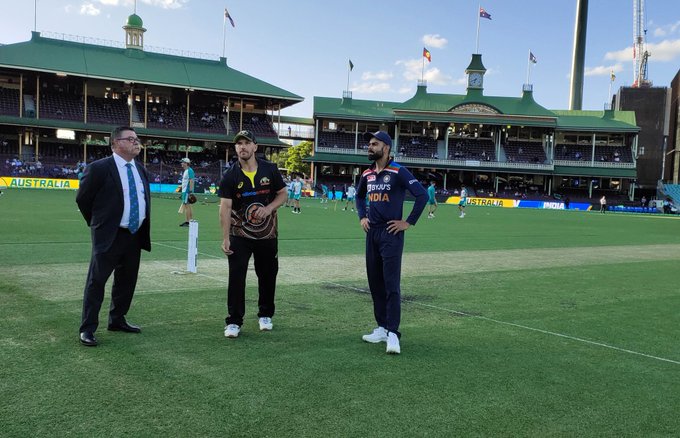 Matthew Wade (80) scored yet another 50+. Washington Sundar (2/34) was the most effective bowler for India, one of his two wickets being the one of skipper Aaron Finch who fell for a duck. Glenn Maxwell (54) launched an offensive with Wade in the later half of the innings. India did well in the last few overs as wickets fell and Australia were restricted to 186. 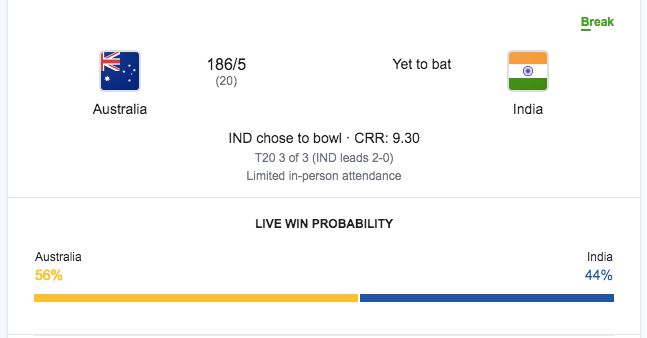 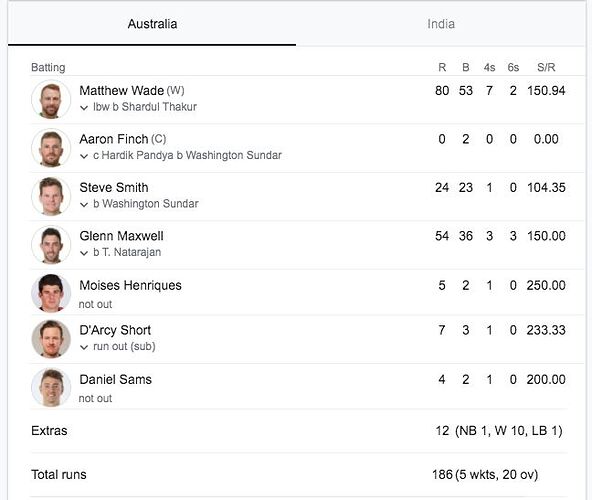 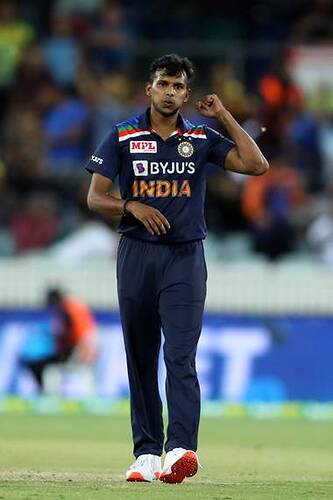 Virat Kohli played a fine knock with an unbeaten 85 off 61 balls but the wicket of Hardik Pandya turned the match in favour of Australia as India’s unbeaten streak in the T20 comes to an end but they win the series. 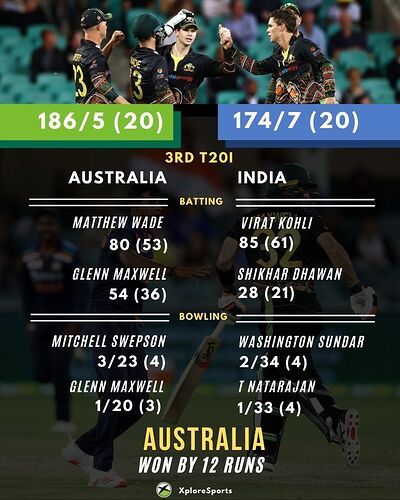 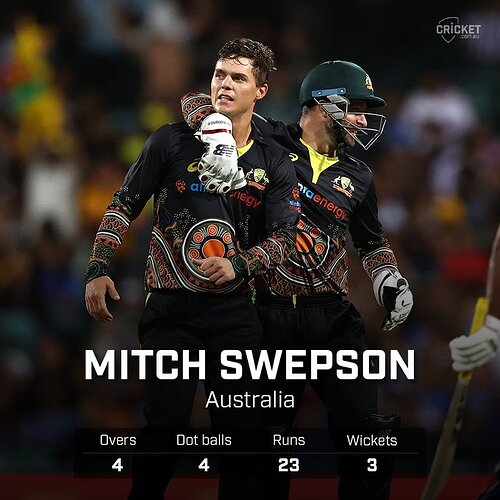 Hardik Pandya is Player of the T20I Series 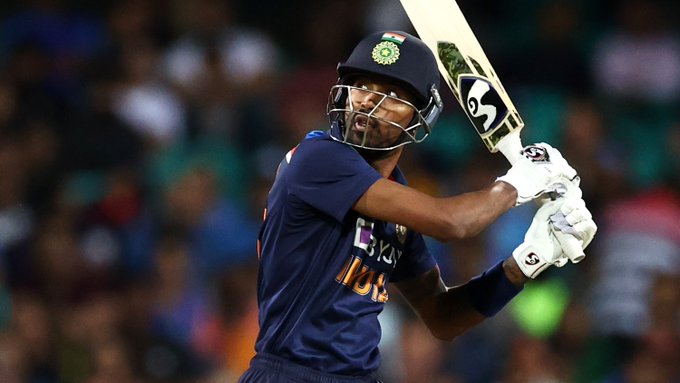 Aussie paceman Daniel Sams looked to have spilled a routine outfield catch but remarkably snaffled his own fumble to spell the end of Shikhar Dhawan’s innings in the third T20I. 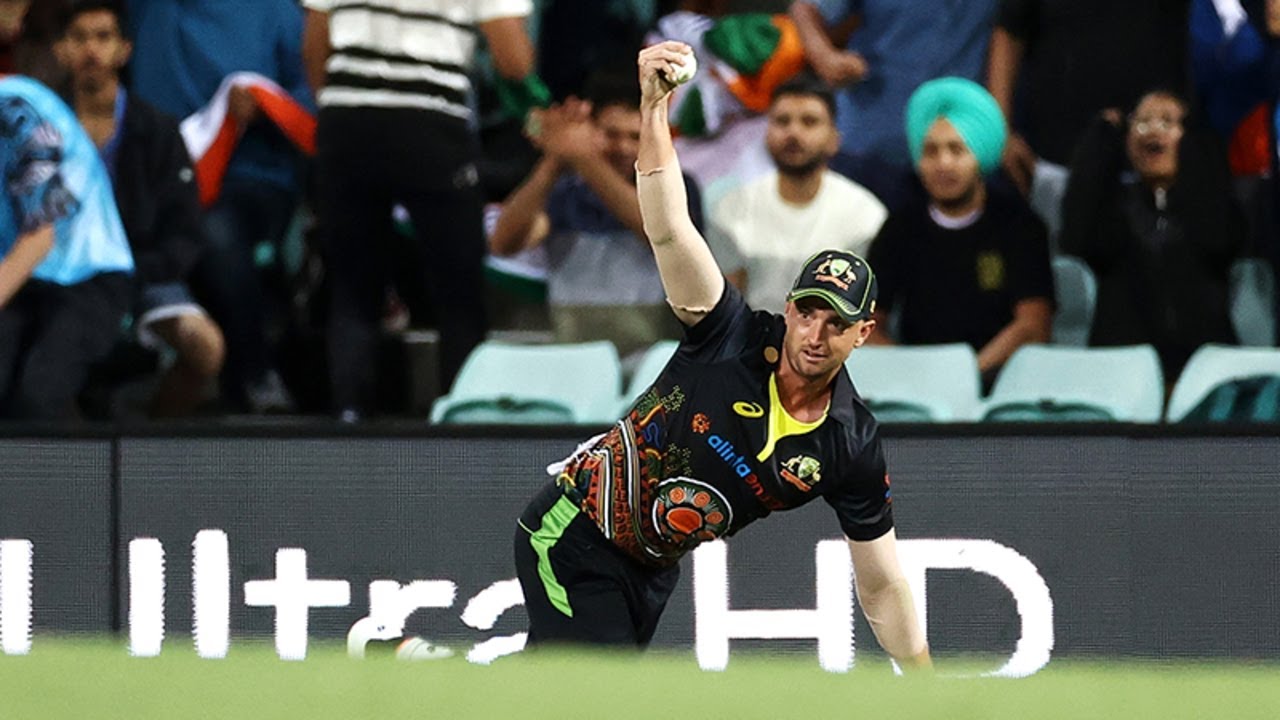