The tournament that was launched last year as a rival to the Davis Cup has been slimmed down to 12 teams this year and will be played in Melbourne as a curtain-raiser to the Australian Open, rather than the multi-city format employed in 2020.

It was delayed to 1-5 February because of COVID-19 restrictions in the host city and the prize money on offer has also been halved to US$7.5 million, reflecting a leaner, pandemic-affected budget.

Defending champions Serbia were handed a “brutal” draw in the ATP Cup, with Novak Djokovic’s team facing Germany and Canada in the group stage. 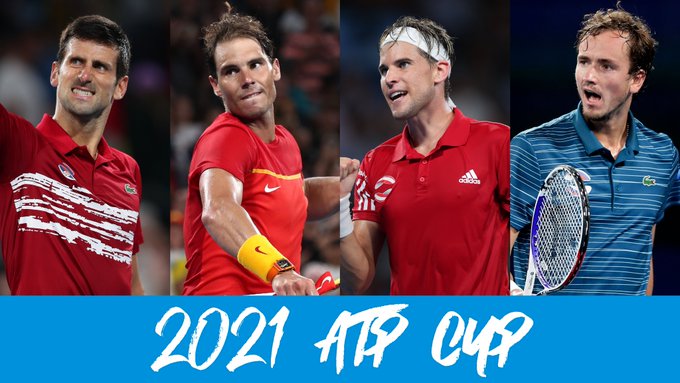 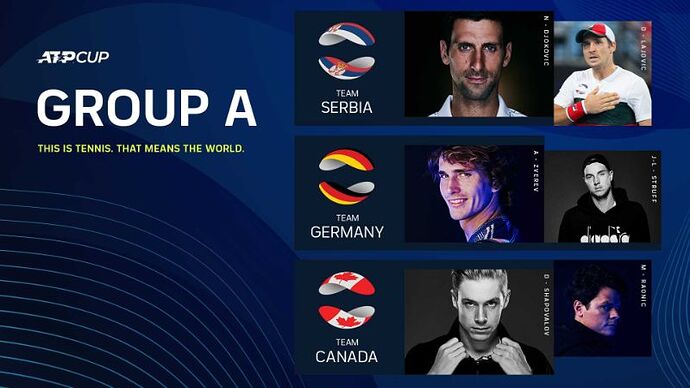 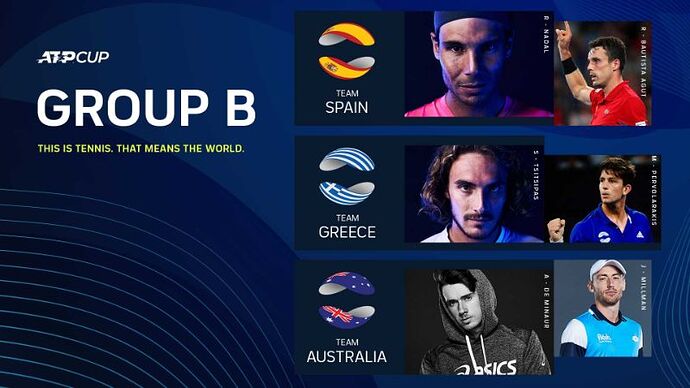 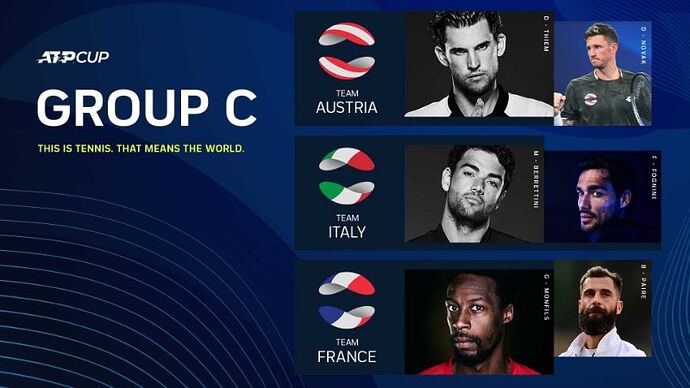 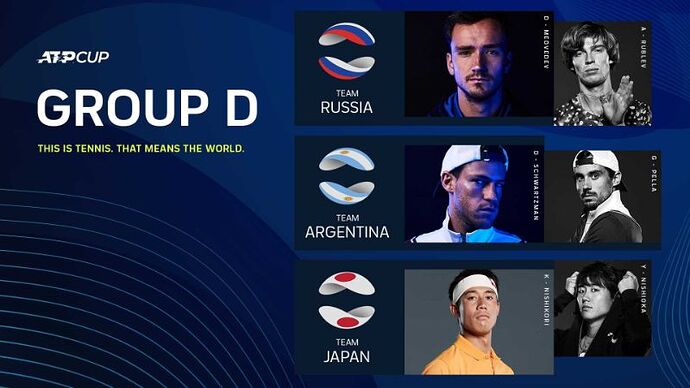 Update: ATP Cup is postponed by one day

Due to the corona cases on the planes to Australia and the 14-day “tough” quarantine for 72 players, the tournaments in Melbourne will be adjusted. The ATP Cup will also be postponed by 24 hours.

The Revised Dates are: 2-6 Feb

The match schedule for the 2021 ATP Cup, the 12-country event being played at Melbourne Park from 2-6 February, was released.

The opening three days of the tournament will feature 12 group stage ties, with the four group winners advancing to the semi-finals. The semi-finals will be held simultaneously on Friday, before the two finalists meet in Saturday’s championship match.

Novak Djokovic, Rafael Nadal, Dominic Thiem and Daniil Medvedev will all begin their 2021 campaigns on Day 1 of the event. In the day session, defending champion Serbia will open its bid for a second straight title against Canada.

An individual match to watch includes World No. 2 Nadal against 2019 Nitto ATP Finals champion Stefanos Tsitsipas, which will take place when Spain faces Greece in the evening session on Thursday 4 February. 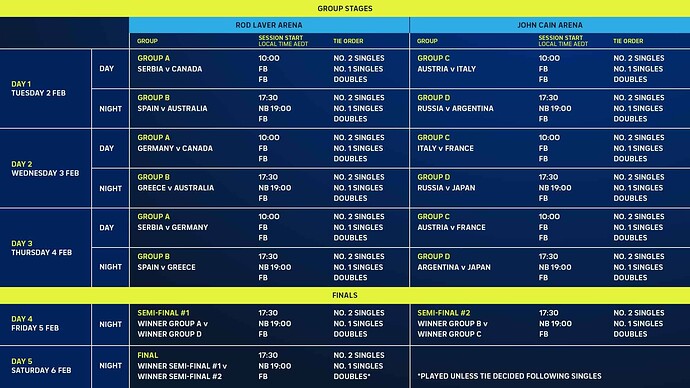 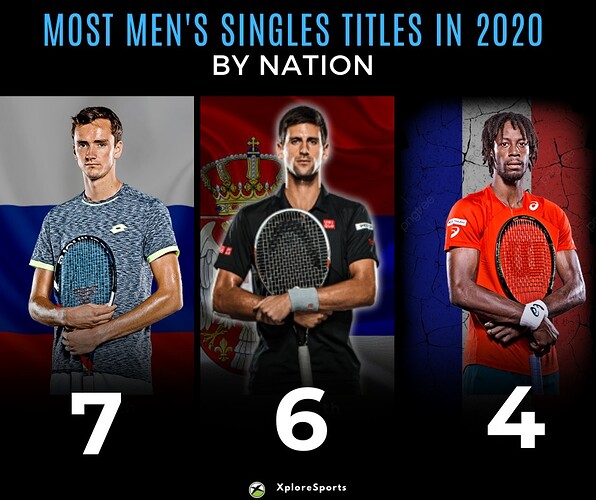 Which nation will lift the 2021 ATP Cup Title

The ATP Cup kicks off tomorrow Feb 2nd with Novak Djokovic looking to get champions Serbia off to a flying start against Canada in the truncated team-based event. The World No.1 faces Canada’s rising talent Denis Shapovalov at Rod Laver Arena in their Group A clash.

Djokovic, unbeaten in eight ties, was majestic in last year’s tournament as he fired Serbia to a 2-1 victory over Spain in the final, including a straight sets win over Rafa Nadal.

Nadal will headline the evening session at Rod Laver Arena when he takes on home hope Alex De Minaur. 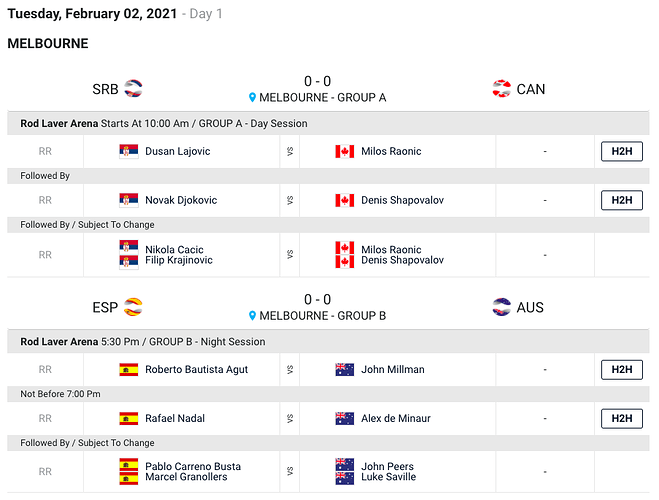 World number#4 Daniil Medvedev leads a powerful Russian team with Andrey Rublev and will start his tournament against Argentina’s Diego Schwartzman with a Group D match in the night session at John Cain. 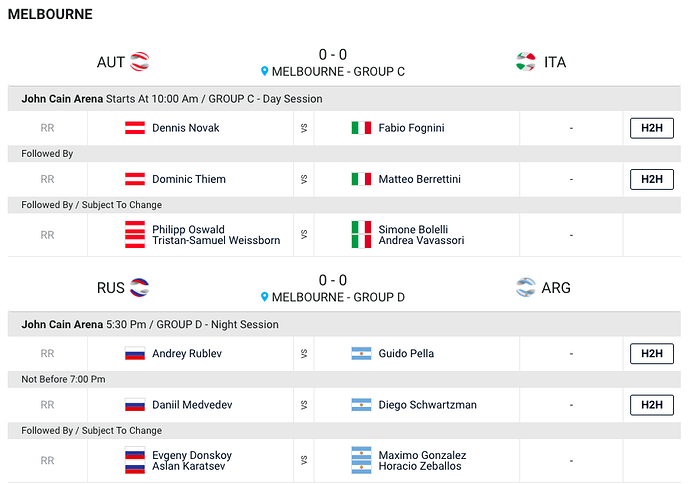 Germany, Greece, France and Japan join the fray on Wednesday.

Nadal Withdraws From Match Against Alex De Minaur And Australia

Spain’s Rafael Nadal today pulled out of a match against Alex de Minaur and Australia due to a “stiff lower back.” 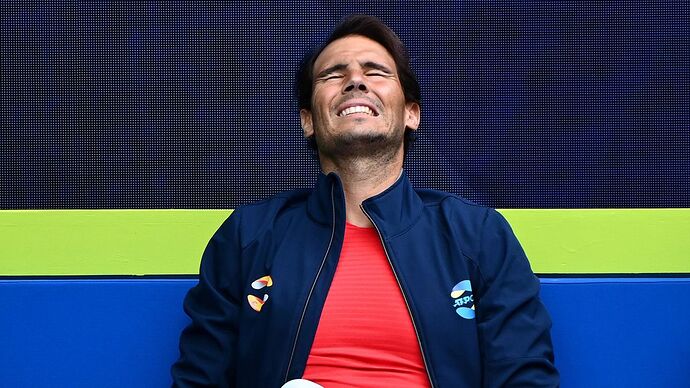 Daniil Medvedev fired Russia into the final of the ATP Cup on Saturday with a tense 3-6 6-3 7-5 win over an injury-hampered Alexander Zverev after the German destroyed a racket in frustration over a lost service break.

Italy failed to reach last year’s knockout rounds without Berrettini but are a different beast with the world number 10, who upset Austria’s Dominic Thiem in his unbeaten run in singles. 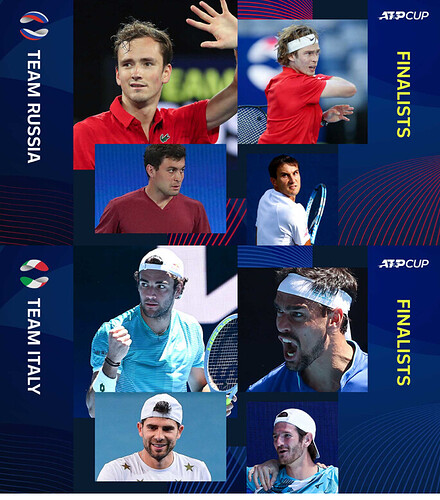 A relentless Russia crushed Italy 2-0 to win their maiden ATP Cup on Sunday with Daniil Medvedev and Andrey Rublev in red-hot form leading into the Australian Open.

Russia were the only nation in the 12-team event to boast two top 10 players and they had swept past Japan, Argentina and Germany en route to the decider. Italy faced the same juggernaut on Rod Laver Arena, with Rublev destroying Fabio Fognini 6-1, 6-2 in just 61 minutes before Medvedev overpowered Matteo Berrettini 6-4, 6-2 in 79 minutes. 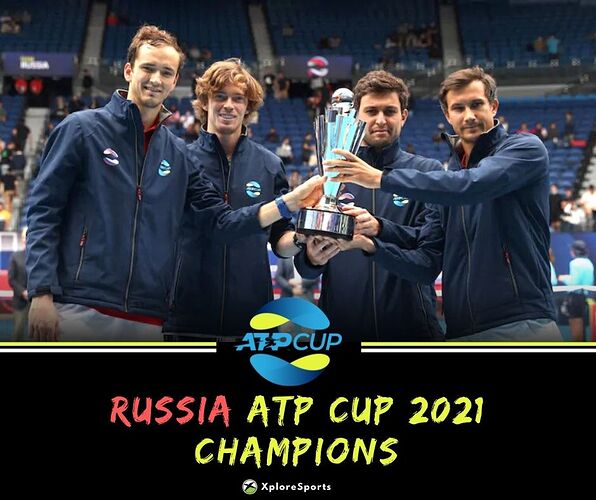