Twelve teams from the UEFA phase of qualifying compete in the UEFA Second Round of the 2022 FIFA World Cup qualification tournament, also known as the UEFA play-offs. The play-offs will select the final three European teams that will compete in the World Cup in Qatar with the group winners. The play-offs feature the ten runners-up from the UEFA First Round groups, as well as two group winners from the 2020–21 UEFA Nations League. The teams were split into three pathways, each with four teams, with two single-leg semi-finals and one single-leg final in each play-off path. In March and June of 2022, the matches will take place. 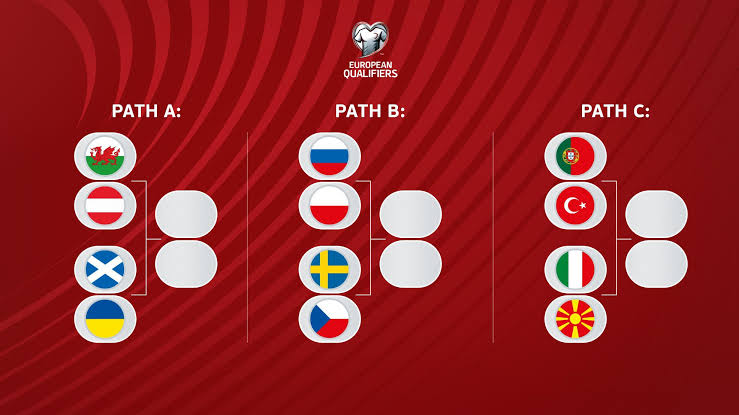 Path A: Wales vs Austria
Path B: Sweden vs Czech Republic
Path C: Italy vs North Macedonia, Portugal vs Turkey

In this thread, we shall be covering all the UEFA World Cup qualifying playoff matches. Join the discussion and share your views on the various matches.

Tonight he leads Portugal in yet another tough FIFA World Cup Qatar 2022™ play off game vs.Turkey! 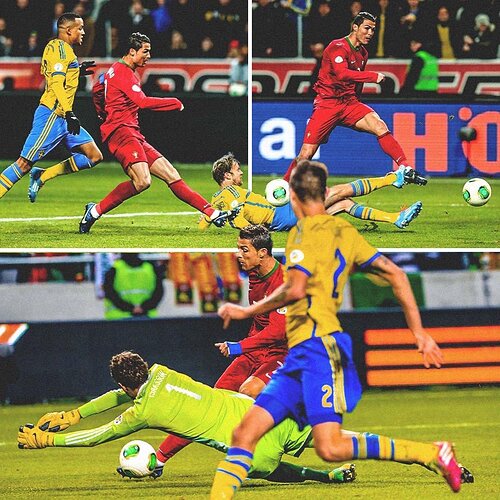 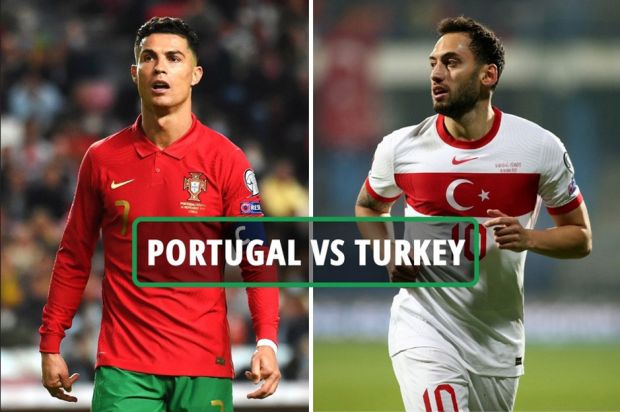 Portugal and Turkey will both aim to move one step closer to World Cup 2022 qualification when they do battle in Thursday’s playoff semi-final at the Estadio do Dragao.

Fernando Santos’s side are forced to go down the playoff route after finishing second in Group A, while Turkey finished as runners-up to the Netherlands in Group G.

A potential meeting with Italy in the playoff final could follow for Portugal - assuming that the European champions can navigate their way past North Macedonia in the other Path C semi-final - meaning that at least one of the two European heavyweights will be watching on from home later this year.

Despite taking maximum points from their final three fixtures in the group phase, it was too little too late for Turkey to pip the Netherlands to the top spot in Group G, as Stefan Kuntz’s side seek just a third-ever appearance at the World Cup finals.

Since crashing out of Euro 2020 without a single point to their name, the Crescent-Stars have only suffered one defeat in seven games since - although it was a 6-1 humbling at the hands of the Dutch - and they marched to successive wins over Latvia, Gibraltar and Montenegro to round off Group G.

Turkey have no such suspension or injury problems, welcoming back Mert Mulder, who was banned during the last international break.

UEFA Euro 2020 champions Italy are among the nations vying for a spot after finishing second in their group behind Switzerland. The underwhelming qualifying campaign has now forced Roberto Mancini’s men to battle it out for their participation in the coveted competition.

Italy start their playoff campaign on Thursday with a game against North Macedonia at Renzo Barbera Stadium in Palermo. Despite the home advantage, it is a tricky game for the Gli Azzurri, who had dropped points against the likes of Northern Ireland and Bulgaria during their group qualifying stage.

Macedonia are a daunting opponent, who had finished second behind Germany in Group J. They had finished ahead of established nations such as Romania and Iceland and had even beaten Germany once.
The winner of this tie will qualify for the playoff final against either Portugal or Turkey, who play each other on the same day at the iconic Estadio do Dragao.

World Cup 2022 European Qualifiers: Who has qualified for Qatar?

Who has qualified and who is in the play-offs?

Standings at the end of Matchday 10 - Group Stage 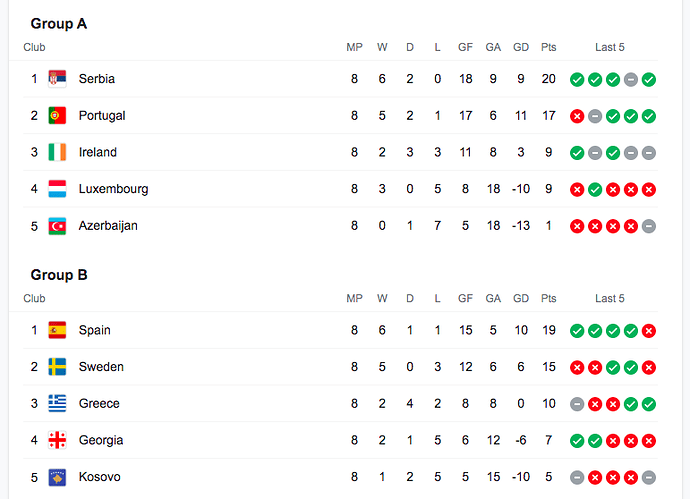 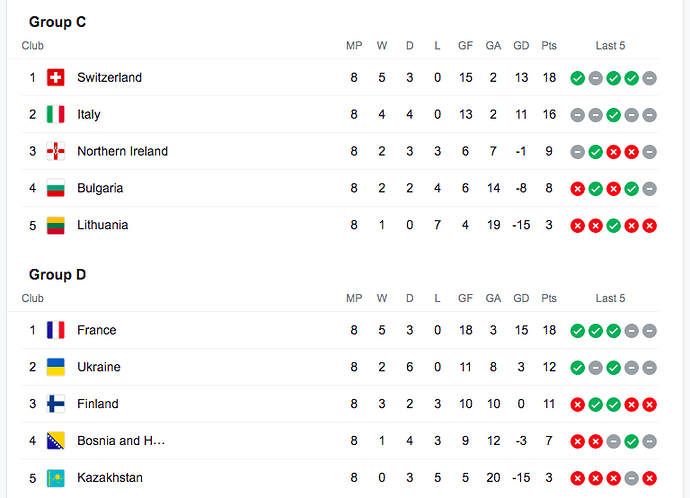 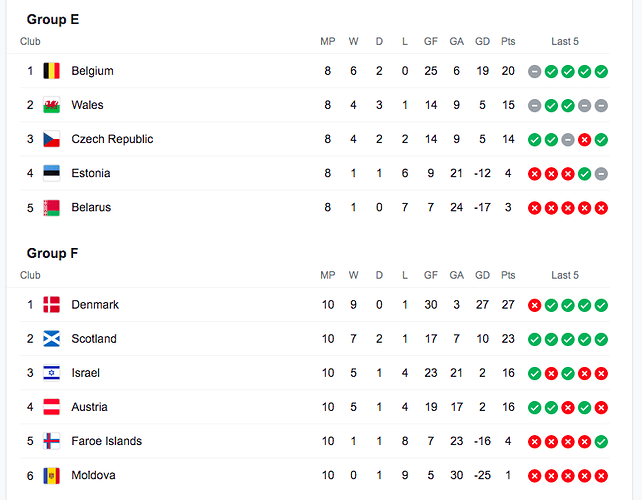 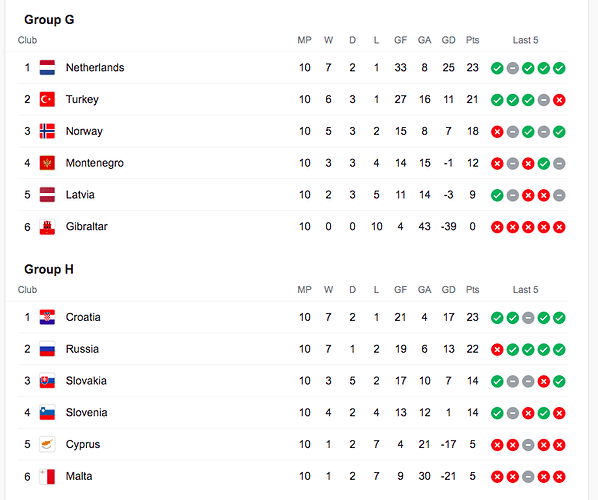 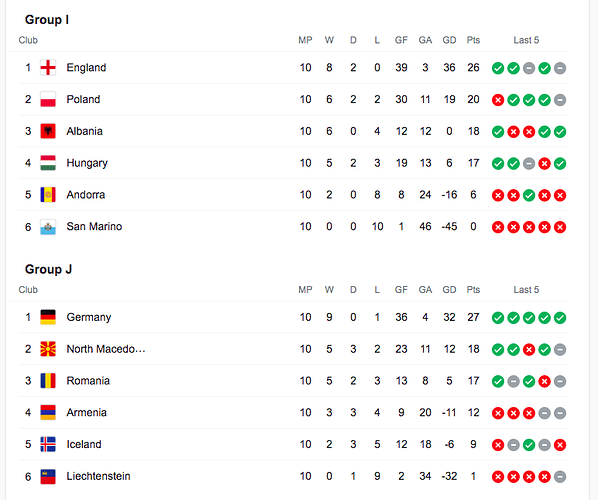 Italy and North Macedonia had met each other only twice before in an international competition. Both came in the 2018 FIFA World Cup qualifiers. 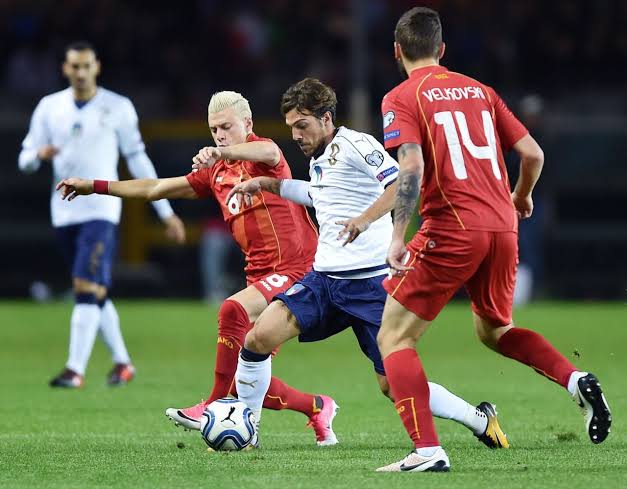 Italy’s last game against North Macedonia at home ended in a 1-1 draw, with Trajkovski scoring a late equaliser to cancel out Chiellini’s goal. 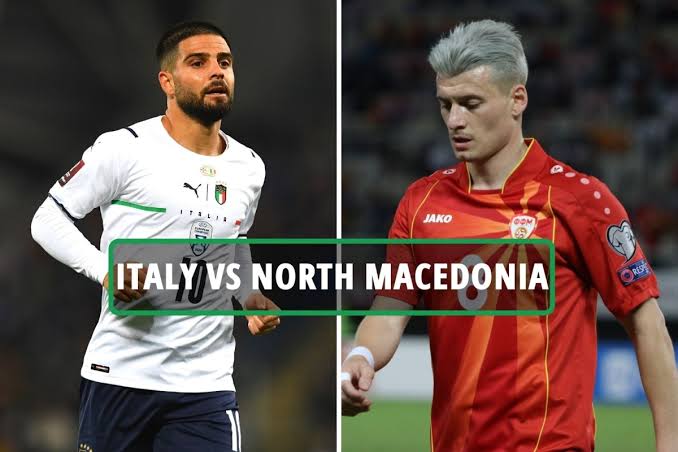 North Macedonia had claimed 18 points during their qualifying campaign, finishing ahead of third-placed Romania only by a point. 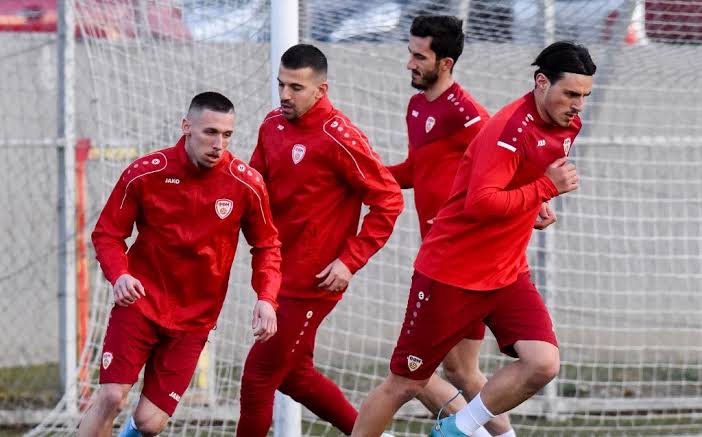 They will play the winner of 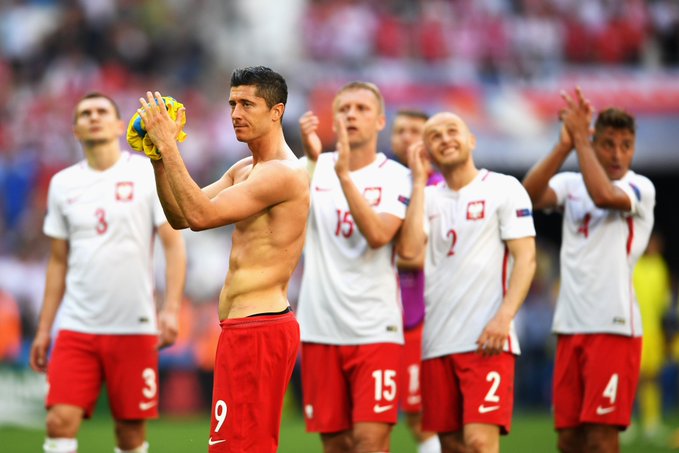 If Italy are defeated in this tie, they could miss out on qualification for the FIFA World Cup for the second time in a row, after missing the 2018 edition in Russia. 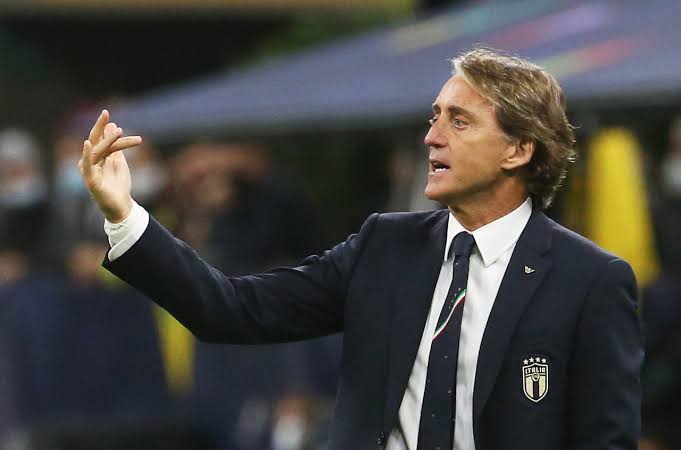 North Macedonia, on the other hand, are only two wins away from qualifying for a World Cup for the first time since their independence from Yugoslavia in 1991. 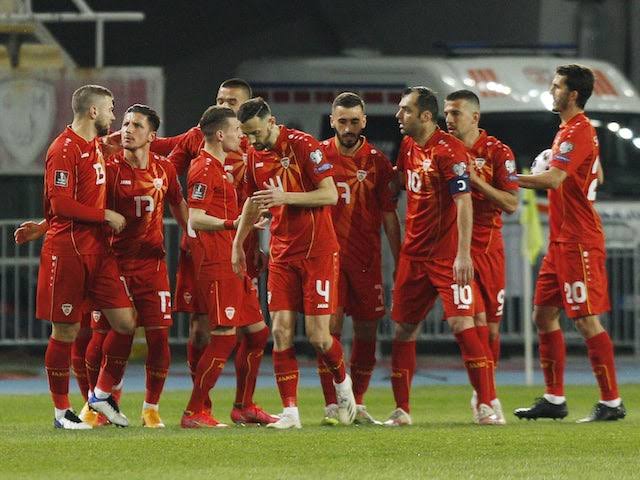 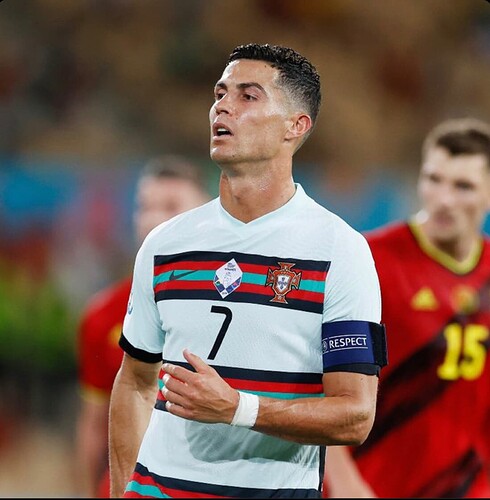 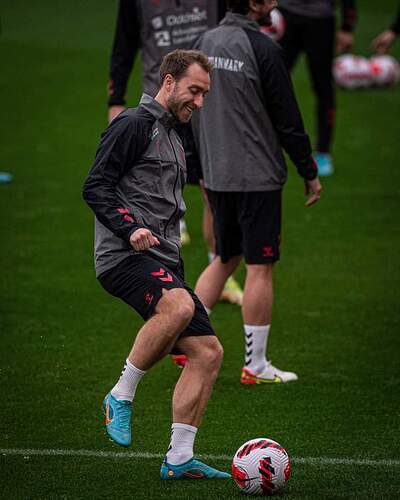 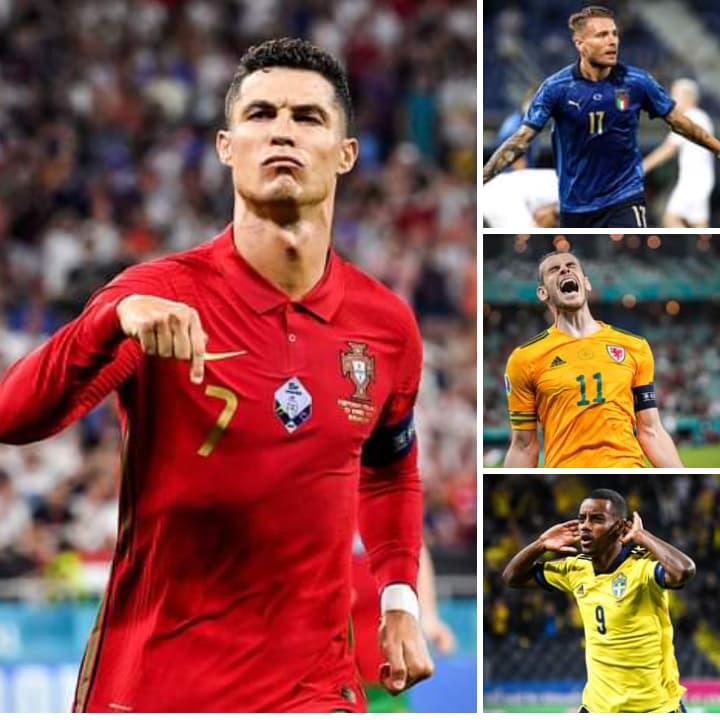 Otávio has now scored in both of his two starts for Portugal:

His first competitive goal for the national side. 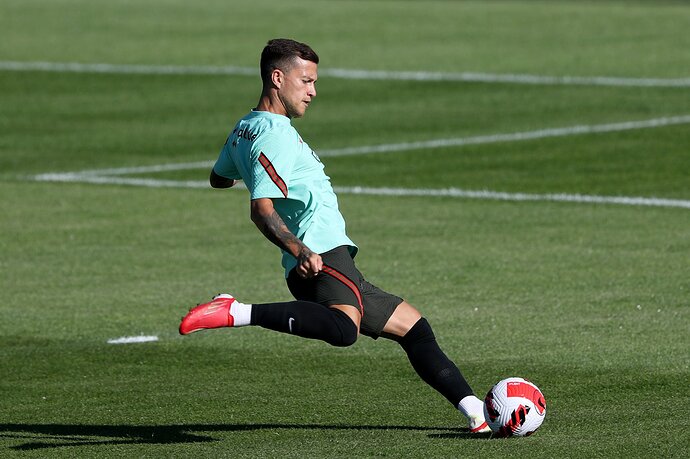 Joao Moutinho’s passing range is on another level.

Still pulling the strings at 35. 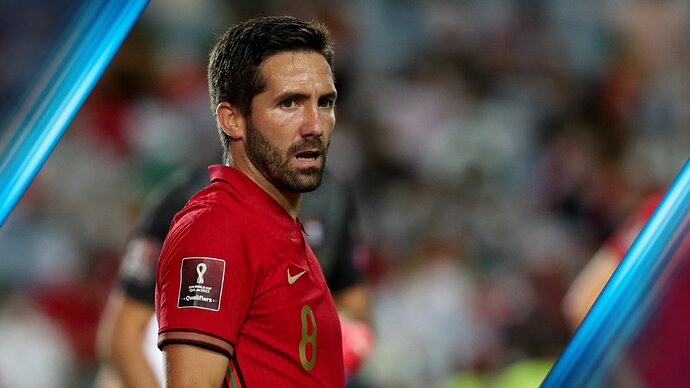