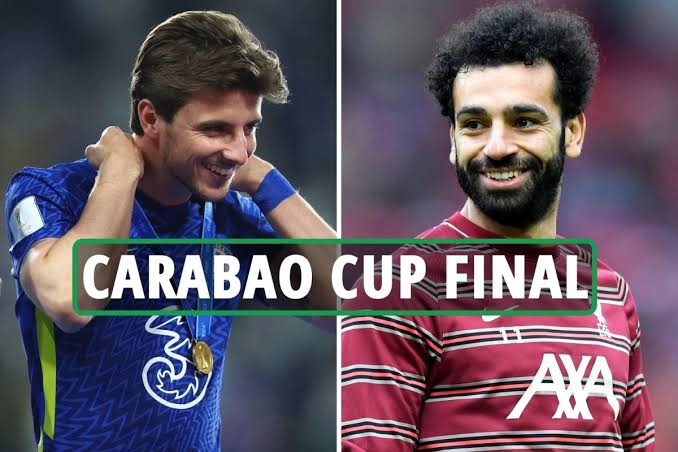 Sunday sees two of the Premier League’s best teams go head-to-head at Wembley, as Chelsea take on Liverpool for the Carabao Cup.

Matches between Liverpool and Chelsea have been tight and well-matched affairs, with both of their encounters this season ending in draws. Chelsea have won the UEFA Super Cup and Club World Cup already this season, and they’re going to Wembley hoping to make it three for three.

Liverpool, meanwhile, are still in the fight for all four trophies this season, and winning this first competition could hopefully propel them through the spring.

Wembley Stadium in London will host the match.

The Road to Wembley ends here. 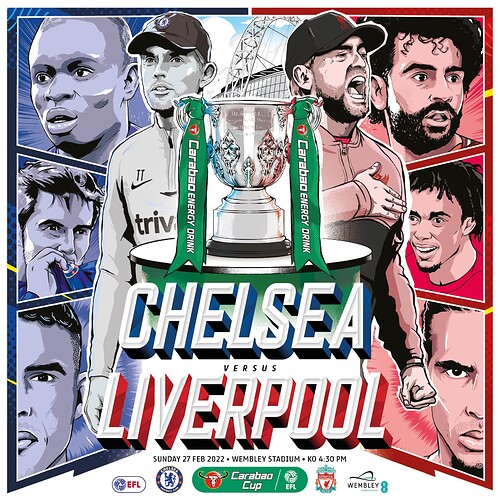 Chelsea who have won the UEFA Super Cup and the FIFA Club World Cup this season, will have their eyes on their third piece of silverware. The Blues have made it this far the hard way as they defeated Aston Villa and Southampton on penalties in the third and fourth round of the competition before beating Brentford in the quarter-finals. A 3-0 aggregate win over Tottenham in the two-legged semi-finals set up their final appearance.

Liverpool, meanwhile, eased past Norwich City and Preston North End in the early stages of their Carabao Cup campaign but had to rely on penalties to beat Leicester City in the quarter-finals. The Reds then defeated Arsenal 2-0 in the semi-finals over two legs to book a date with Chelsea at Wembley. With Jurgen Klopp’s men still alive and kicking in all four major competitions, a quadruple remains on the cards.

Chelsea and Liverpool have faced each other twice already in the Premier League, with both games ending in tightly-contested draws. The Blues have won six games in a row in all competitions while Liverpool are on a nine-match winning run heading into the showpiece event at Wembley.

Tuchel has confirmed Reece James, Hakim Ziyech and Mateo Kovacic are all fit.

Chelsea were handed a boost this week when James returned to training after two months out with a hamstring injury.

Mason Mount suffered ankle ligament damage in the Club World Cup Final earlier this month but the midfielder was back on the bench in Tuesday’s Champions League win over Lille.

Liverpool will be without Roberto Firmino, while Diogo Jota seems unlikely to feature at Wembley.

Firmino is dealing with a muscle issue, while Jota sustained an ankle problem against Inter Milan. 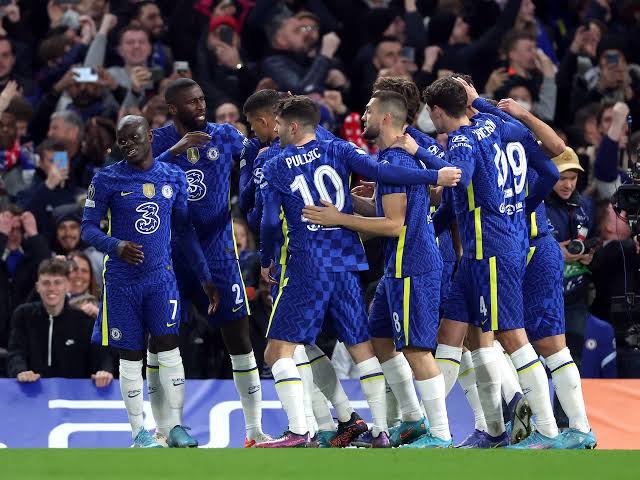 Under Jürgen Klopp, Liverpool have won 35% of their meetings with Chelsea in all competitions (6/17); among sides they have faced at least 10 times under the German, only against Manchester United (33%) do they have a lower win ratio. Indeed, Klopp is winless in his last four managerial clashes with compatriot Thomas Tuchel (D2 L2), including three since Tuchel joined Chelsea (D2 L1). 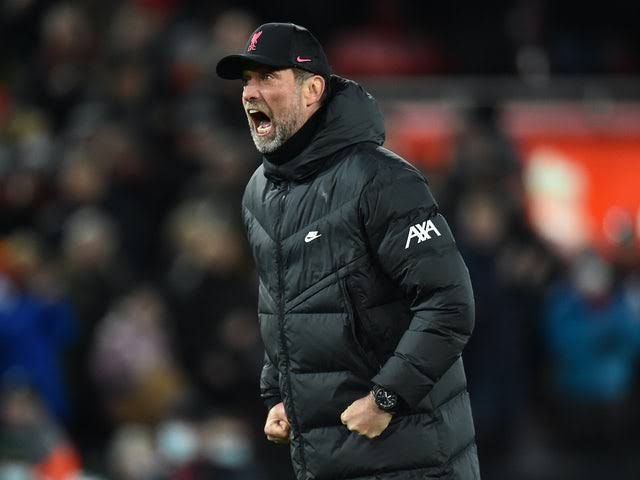 Chelsea manager Thomas Tuchel is set to become the eighth different manager to take charge of an English club in the finals of each of the League Cup, FA Cup and European Cup/Champions League, and the first to do all three while in charge of the Blues. 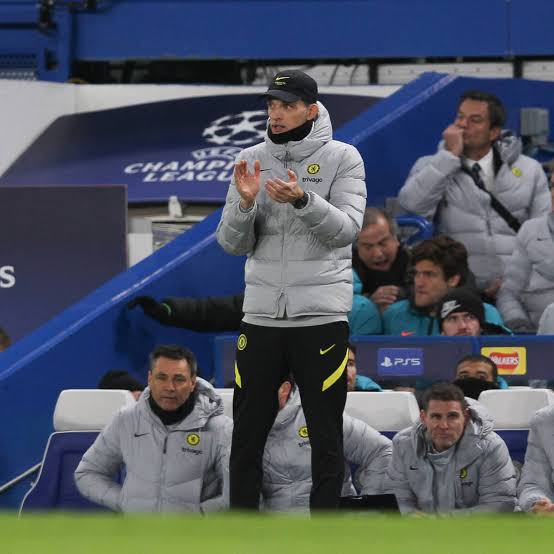 Liverpool’s Sadio Mané has scored eight goals against Chelsea in all competitions, only netting more in his career in England against Crystal Palace (13). The Senegalese forward, however, is yet to score a League Cup goal for the Reds in three previous appearances for them in the competition, the most recent of which was against Chelsea in the 2018-19 third round. 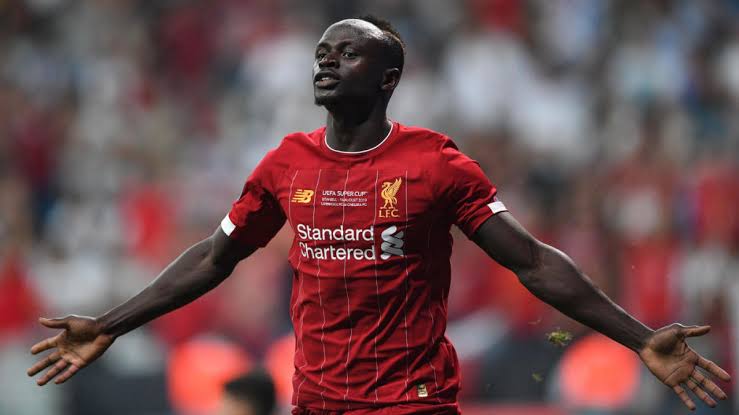 Ahead of this season’s Final, the Carabao Cup Team of the Tournament has been revealed! 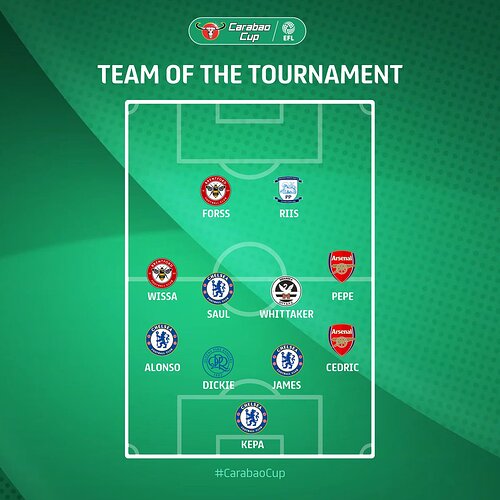 A win against Liverpool would top off an incredible month for Edouard Mendy. 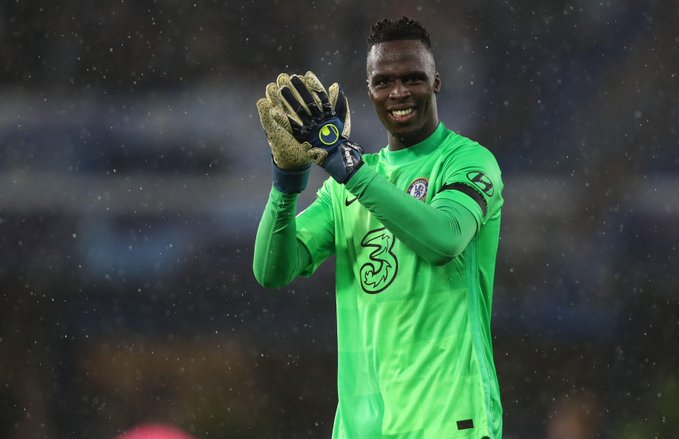 BREAKING: There will be a pre game announcement regarding the situation in Ukraine at Wembley today. 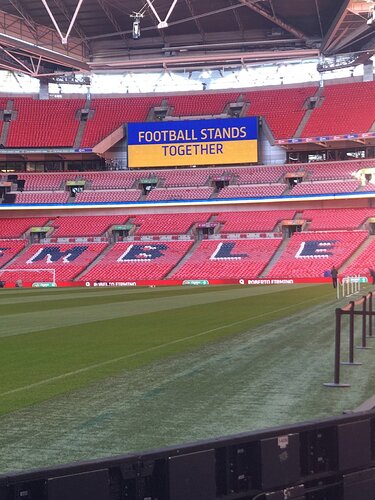 Ahead of the Carabao Cup final, Pulisic says he looks up to Salah 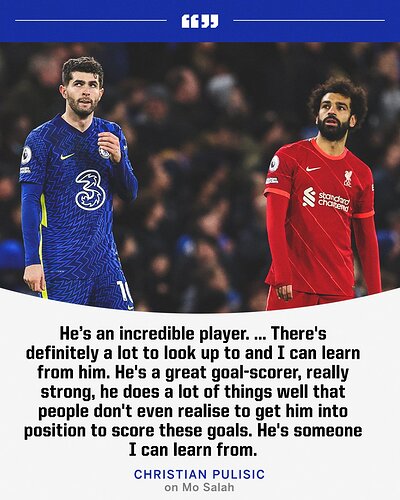 Chelsea FC statement on the conflict in Ukraine

“The situation in Ukraine is horrific and devastating. Chelsea FC’s thoughts are with everyone in Ukraine. Everyone at the club is praying for peace.”

For Thomas Tuchel, the war in Ukraine has impacted the match. He cannot accept what is happening in the country.

“As it’s so fresh, maybe the game comes with a bad conscience. Are we allowed to fully engage and fully celebrate? Is this appropriate?”, he questioned.

He even questioned whether losing the match could in some way help the situation. “This is how I feel. What would it help now if we lose a football match? It will not help. If it would help, I am happy to lose the match”, he said.