Arsenal host Newcastle at lunchtime on Saturday, kicking off a busy weekend of Premier League action.

In the 3 p.m. kick-offs, Liverpool will host Southampton, and Steven Gerrard’s Aston Villa will travel to Crystal Palace for the first time. On Saturday evening, Brighton will face Leeds, followed by a slew of games on Sunday afternoon.

West Ham travels to Manchester City, while Tottenham are looking to rebound from their loss to Burnley in Slovenia. All four games begin at 2 p.m., with Brentford hosting Everton and Leicester hosting Watford.

Leaders Chelsea then face Manchester United at Stamford Bridge in a mouthwatering clash to round off the weekend action. 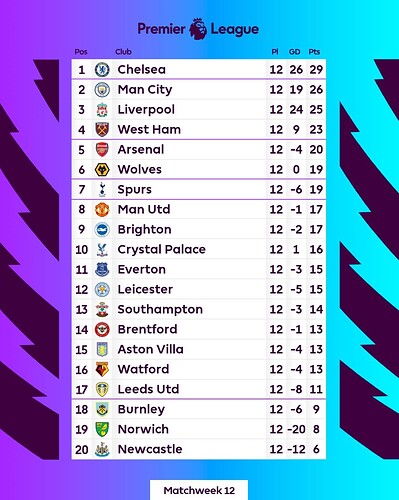 In this thread, we shall be covering all Matchweek 13 fixtures between 27th and 28th of November. Join the discussion and share your views on the various matches. Mikel Arteta has guided Arsenal from their slump at the start to claim fifth spot on the table. The Gunners stitched together an eight-game unbeaten league run before they were handed a heavy defeat by Liverpool at Anfield last weekend, although that did not affect their standing.

Without European football to contest in midweek, Arteta will have a refreshed squad, adequately recovered from their rigours of last weekend. Arsenal remain close to a top-four spot as they head into the game against Newcastle United three points behind West Ham United.

Eddie Howe, who missed his maiden game in charge of Newcastle United last weekend, might feature on the technical area for the first time after testing negative for COVID-19. It is certainly a boost for the Magpies, who showed improvements against Brentford and ended the game with a 3-3 draw. That result and Norwich’s win over Southampton left them at the very bottom of the Premier League, and another bad run of results could be catastrophic for them in the long run.

However, Bosnia and Herzegovina defender Sead Kolasinac is still missing with an ankle problem picked up on international duty earlier this month.

Newcastle striker Dwight Gayle is a doubt for the trip to the Emirates Stadium with a hamstring injury.

Gayle will be assessed after resuming light training on Thursday, but could join defender Paul Dummett (calf) on the sidelines.

Arsenal have won 16 of their last 17 Premier League games against Newcastle, with the exception being a 2-1 away loss in April 2018. 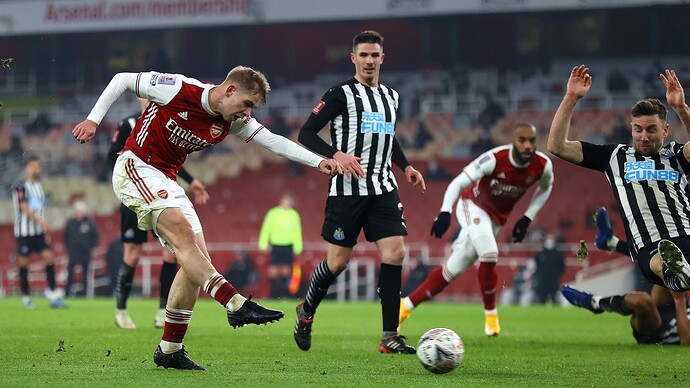 Arsenal lost at Liverpool last time out, ending their eight-game unbeaten run in the Premier League (W6 D2). Indeed, the Gunners conceded as many goals in their 4-0 loss at Anfield as they had in their eight-game run combined. Arsenal have never lost a Premier League home game against the side starting the day bottom of the table (W15 D6), winning the last eight in a row by an aggregate score of 23-2. 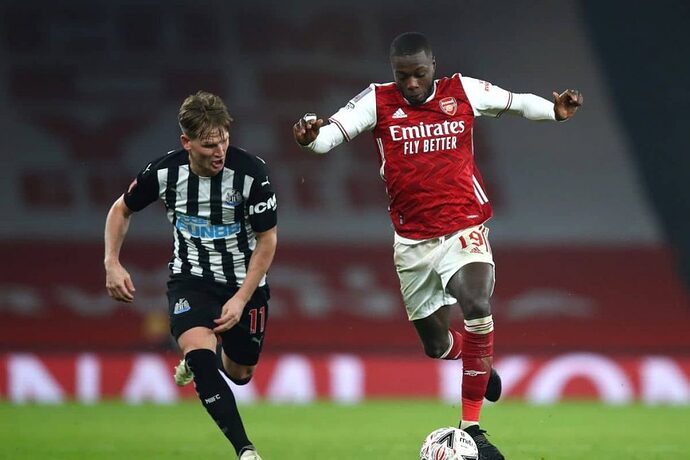 Arsenal vs Newcastle Line Up

Arsenal have dominated proceedings at the Emirates, but have been unable to find the breakthrough 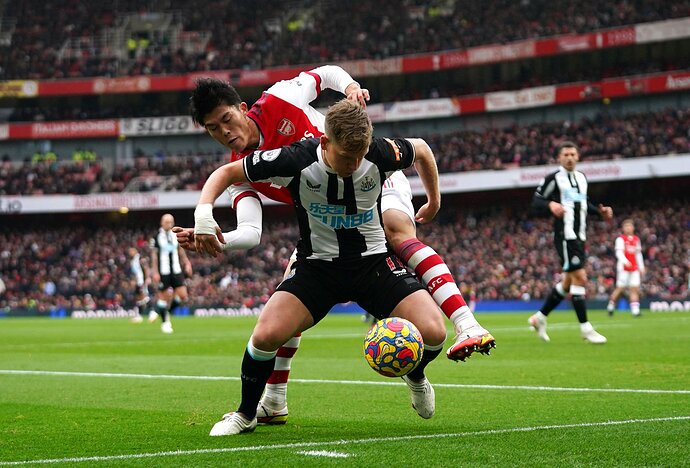 How did Aubameyang miss this? 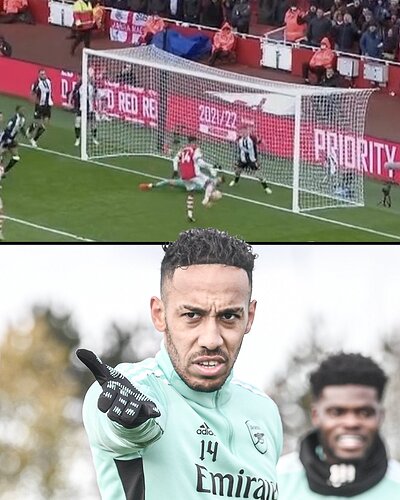 Bukayo Saka scores to put Arsenal ahead against Newcastle

Of the 8 Premier League goals Bukayo Saka has scored in his career, 2 have come in 3 apps vs Newcastle

Bukayo Saka has scored more Premier League goals against Newcastle at the Emirates than any other side (2).

Goals in back-to-back home games against the magpies. 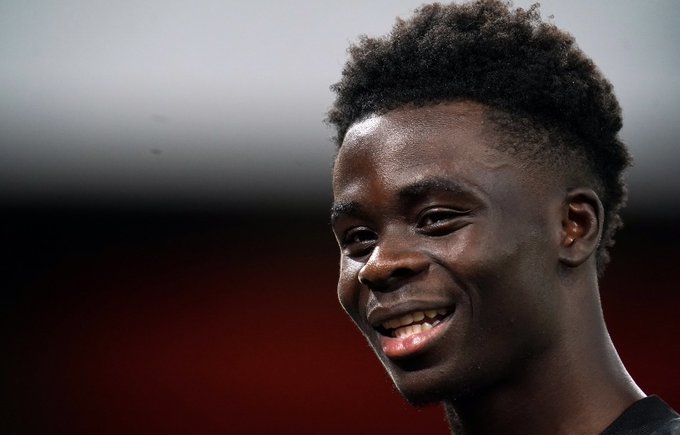 17 - Arsenal have opened the scoring in their last 17 Premier League games against Newcastle, the longest run of one team scoring first against another in the competition’s history. Tradition. 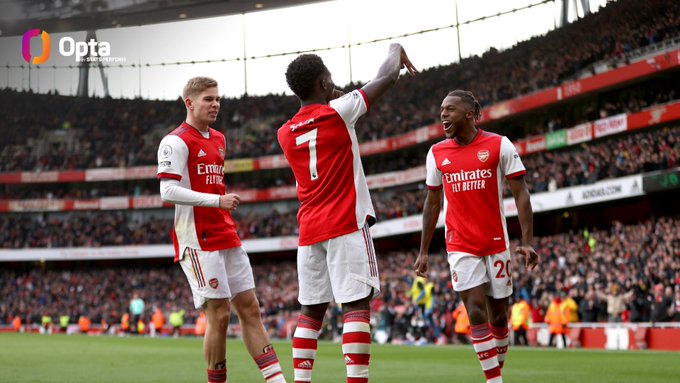 An instant impact from Gabriel Martinelli against Newcastle. 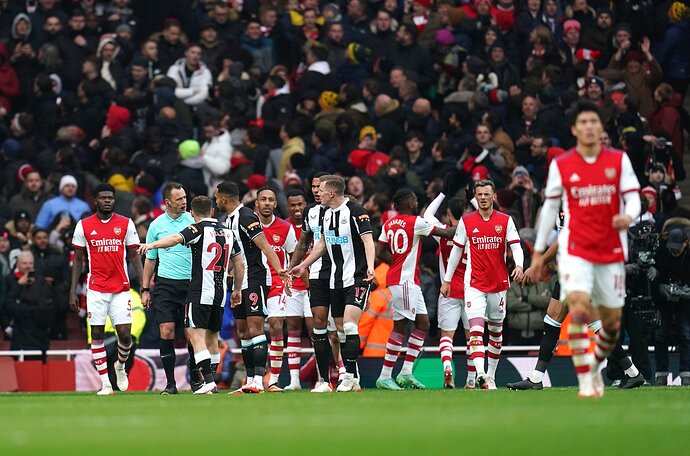 Most points won at home in the Premier League this season:

Another three points at the carpet. 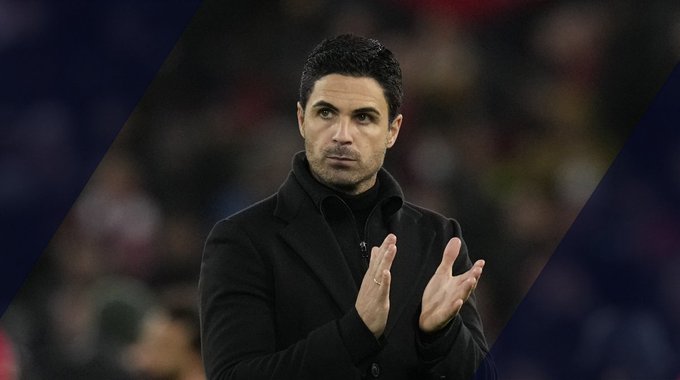 Newcastle have now lost more games against Arsenal than they have against any other side in Premier League history (33). 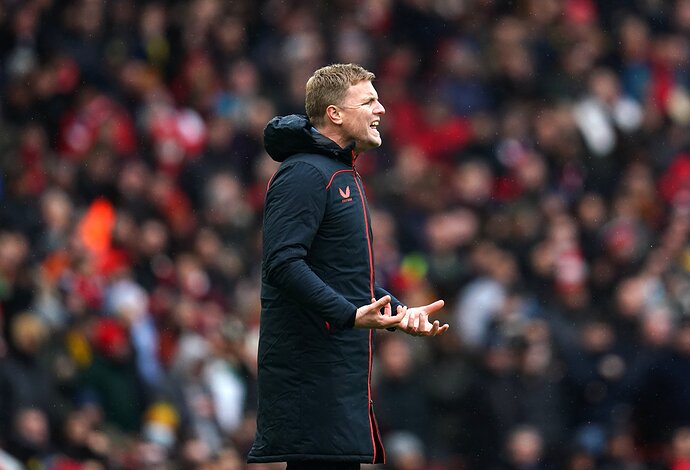 He’s set a new PB after 10 games for Arsenal. 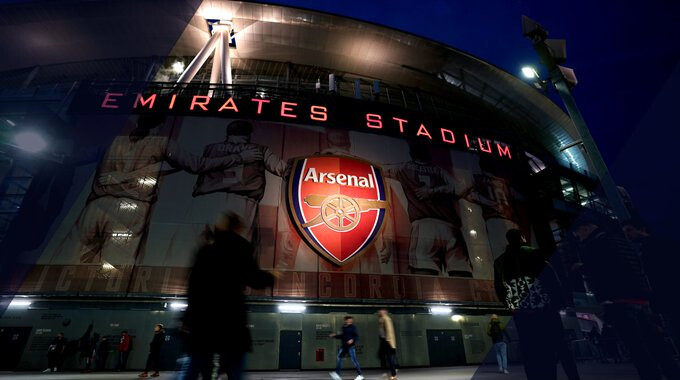