The games are still coming thick and fast across Europe, with Gameweek 15 of the 2021/22 Premier League season starting less than two days after the previous round’s conclusion. The action kicks off on Saturday afternoon at the London Stadium, where West Ham United will meet Chelsea in a fierce derby.

After matchweek 14 in the Premier League, there was no change at the top of the table as Chelsea, Manchester City and Liverpool all won tricky looking away matches. We bring you the league table as things stand and the fixtures for matchweek 15. 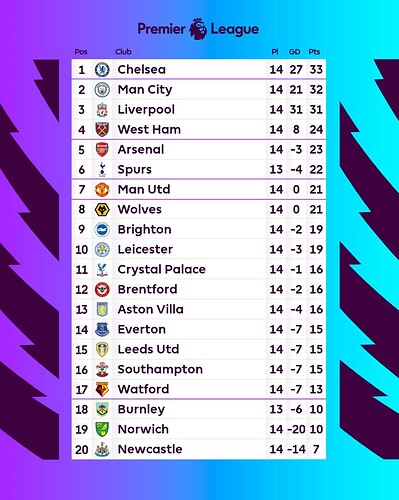 In this thread, we shall be covering all Matchweek 15 fixtures from 4th to 6th December. Join the discussion and share your views on the various matches

Saturday serving up a treat 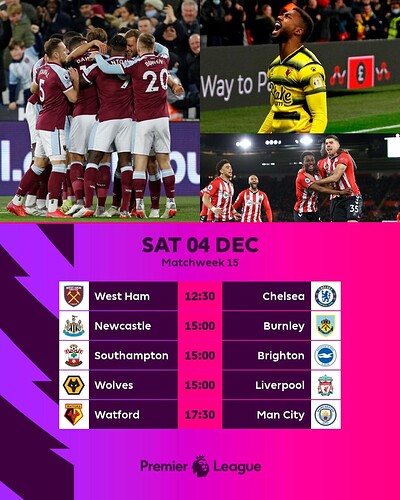 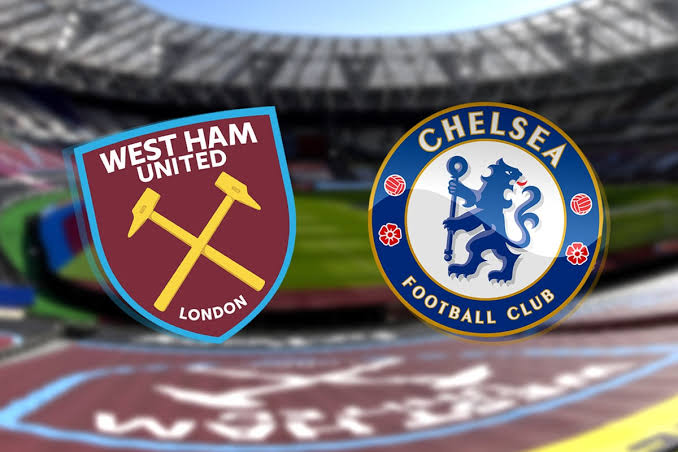 WestHam United have continued right from where they left off last season, having once again established themselves as firm contenders for European qualification. The Hammers are currently fourth in the Premier League standings, although a run of three games without a win has enabled the chasing pack in Arsenal, Tottenham Hotspur and Manchester United to catch up to them.

On the other hand, Chelsea have been thoroughly professional in the 2021/22 campaign, having been beaten just twice across formats thus far. However, there have been minor hiccups in the Premier League lately, with the Blues playing 1-1 draws with Burnley and Manchester United, which has meant that Manchester City and Liverpool are just a point and two points adrift, respectively.

The corresponding fixture last season was a tentative affair, which ended in a 1-0 win for Chelsea, with Timo Werner scoring the only goal of the game.

Aaron Cresswell missed the draw with Brighton after colliding with the post against City and remains doubtful for today’s derby. Aside from that and Angelo Ogbonna’s continued absence, West Ham have a clean bill of health.

Chelsea, meanwhile, will be missing Trevoh Chalobah, though N’Golo Kante, Jorginho, Reece James and Timo Werner are all in contention.

Romelu Lukaku is also pushing to make his first start since recovering from an ankle injury.

West Ham have won three of their last six home Premier League games against Chelsea (D1 L2), as many as they had in their previous 14 such games against them in the competition (D3 L8). 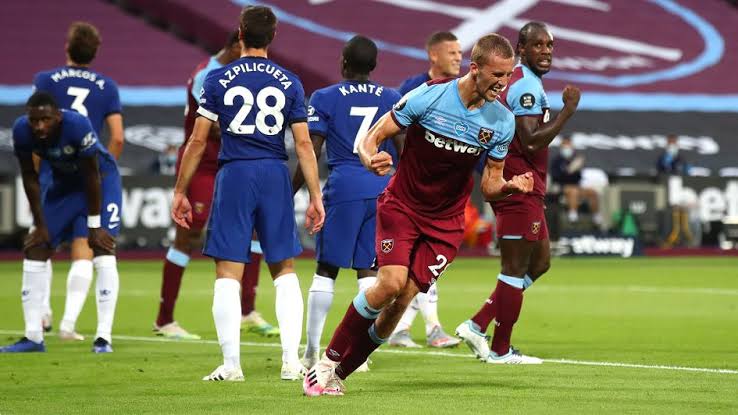 Chelsea did the league double over West Ham last season. They last won three in a row against them in the Premier League between March 2010 and April 2011. 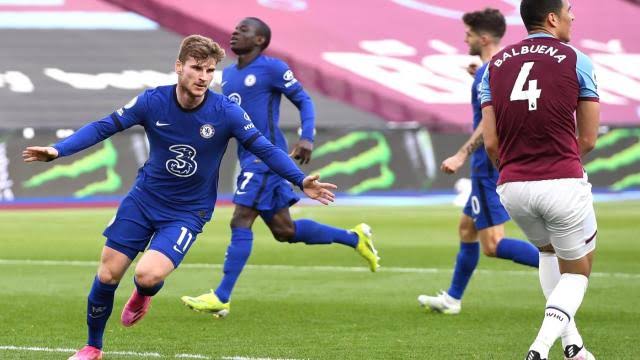 West Ham have lost two of their last four Premier League London derbies (W1 D1), as many as they had in their previous 10 such games (W4 D4). However, they won their last derby match in the competition against Spurs, last winning consecutive meetings with London clubs in January 2019 (a run of three). 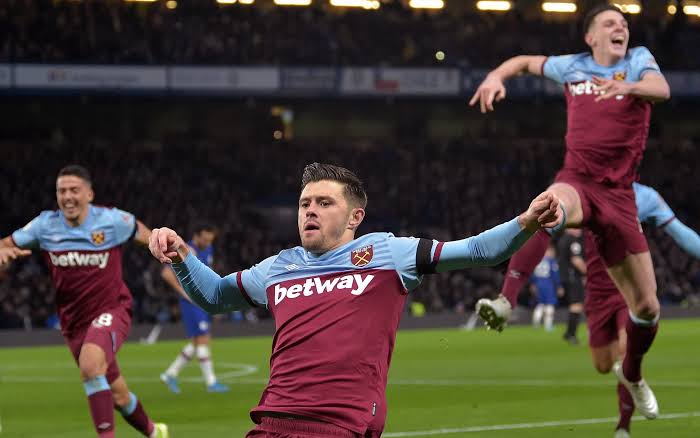 Chelsea have won their last seven away league London derbies, an all-time record in the top four tiers of English football. The Blues have kept six clean sheets in this run, with their only goal conceded coming via Christian Benteke in April. 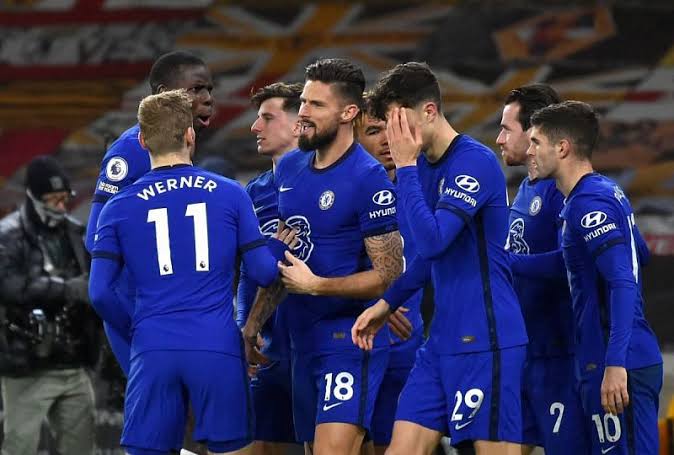 West Ham are winless in three Premier League games (D1 L2), last having a longer run without a win in their final four matches of 2020 (D3 L1). 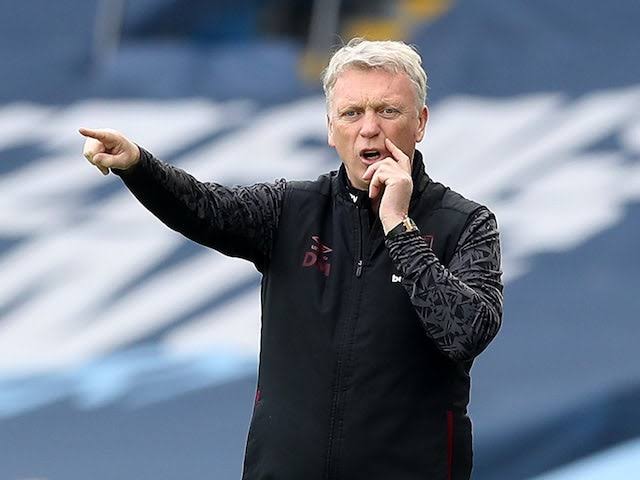 Chelsea manager Thomas Tuchel has won eight of his nine Premier League London derby matches (L1), with the Blues scoring 17 and conceding just twice in these games. In English top-flight history, the German has the best win rate in such games among managers to take charge of more than one (89%). 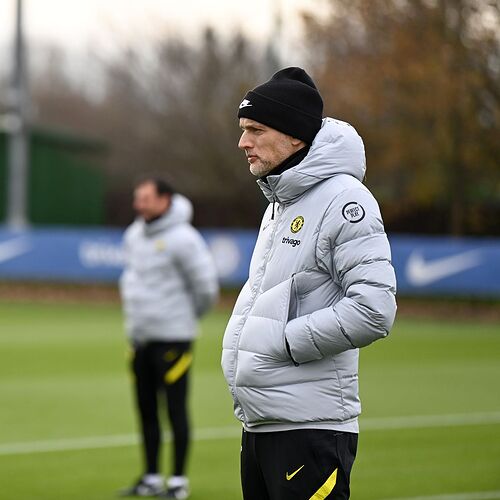 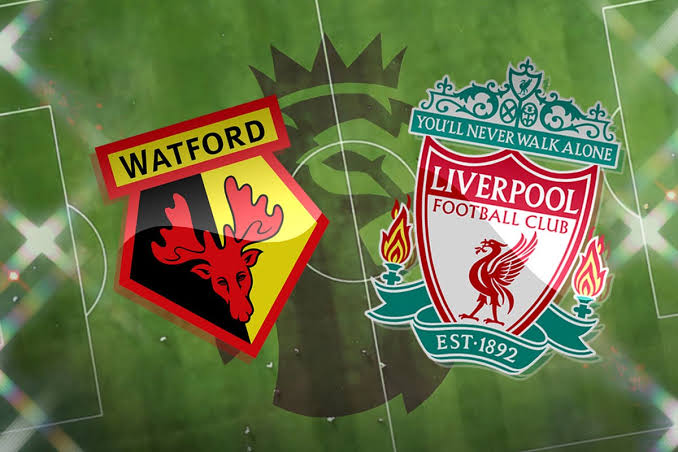 Wolves have been one of the most inconsistent teams in the Premier League this season, winning only six of the 14 games they have played thus far. It has also been characterised by poor outputs in the final third, with Wolves scoring only 12 games in their opening 14 contests.

That has been best felt in their current three-game unbeaten run, wherein they have scored only once. Nonetheless, Bruno Lage & co. are 8th on the table, only three points off West Ham United in the fourth spot. On the other hand, Liverpool have arguably been one of the most difficult teams to beat in Europe this season. The Reds have faced defeat in just one game across all competitions thus far, with that loss coming against West Ham United last month.

The corresponding fixture last season saw Liverpool eke out a 1-0 win, with former Wolves attacker Diogo Jota scoring the only goal of the game.

Daniel Podence could return for Wolves, after he has been out with Covid-19. Bruno Lage confirmed ahead of the Burnley match that Fernando Marcal had tested positive so he will once again be absent, while Pedro Neto and Willy Boly are still out long-term.

Roberto Firmino, Joe Gomez and Naby Keita are all close to a return for Jurgen Klopp’s side, but Saturday’s clash may come just too soon. Liverpool did not appear to pick up any injuries in their derby rout over Everton.

Wolves have won just one of their 14 Premier League meetings with Liverpool (D2 L11), winning 1-0 at Anfield in December 2010. They’ve lost their last nine against the Reds in the competition by an aggregate score of 20-2. 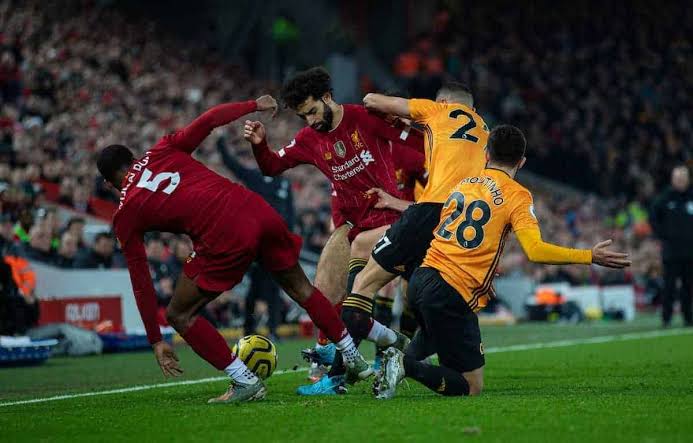 Liverpool haven’t lost any of their last eight away league games against Wolves (W5 D3), with their last league defeat at Molineux coming back in August 1981 (0-1). 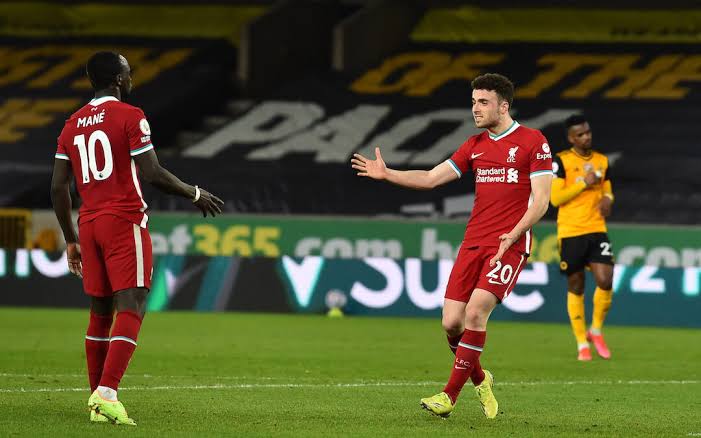 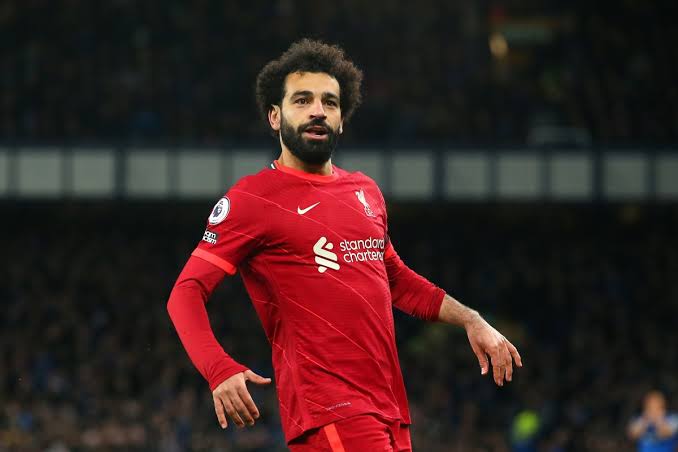 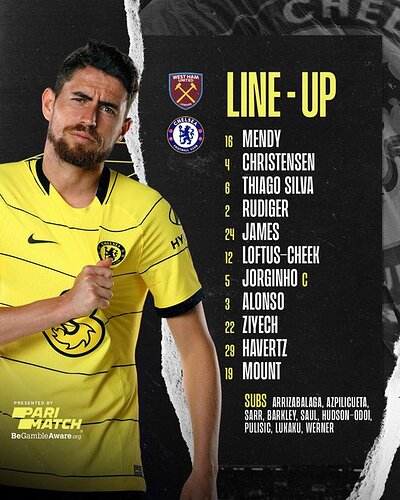 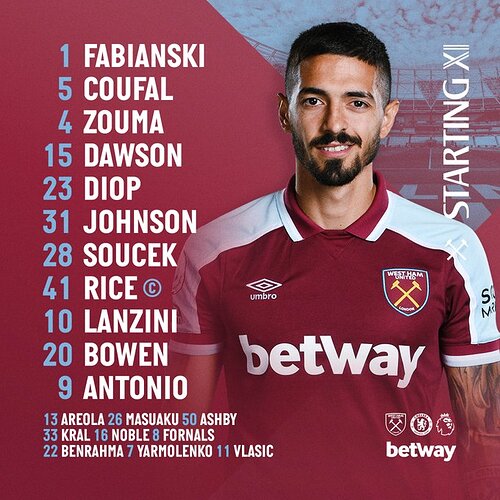 Liverpool full-back Andrew Robertson could become the 15th Scotsman to make 200 Premier League appearances in this match, and the first since James McArthur in April 2018. Robertson’s 43 assists are the most any Scotsman has provided in his first 200 games in the competition, 11 more than the next most (Gary McAllister, 32). 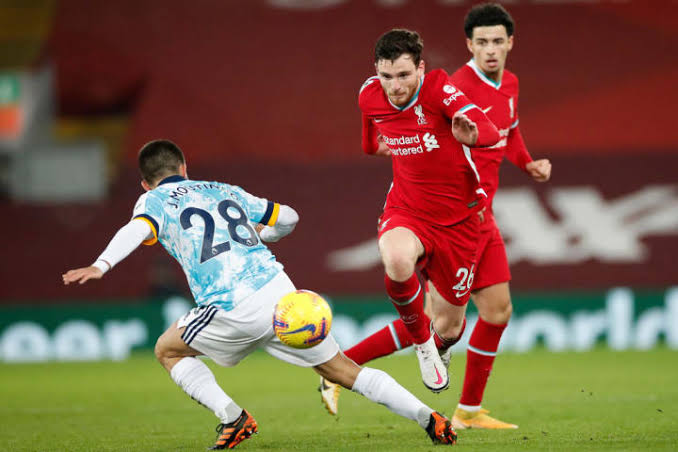 Thiago Silva has given Chelsea the lead against West Ham.

Both of Thiago Silva’s goals this season have come from headers. 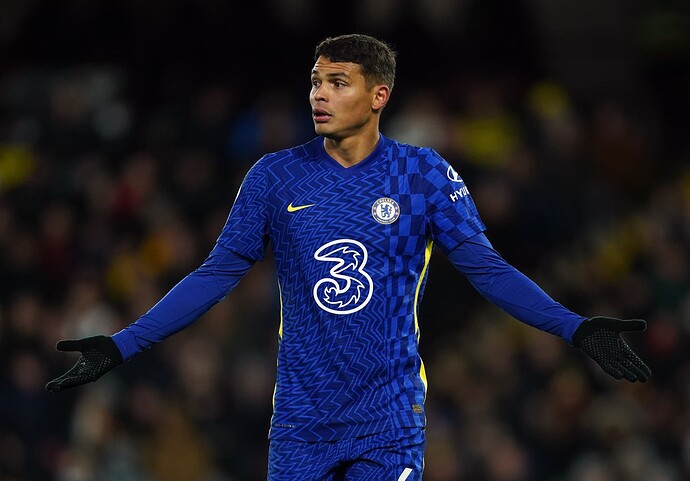 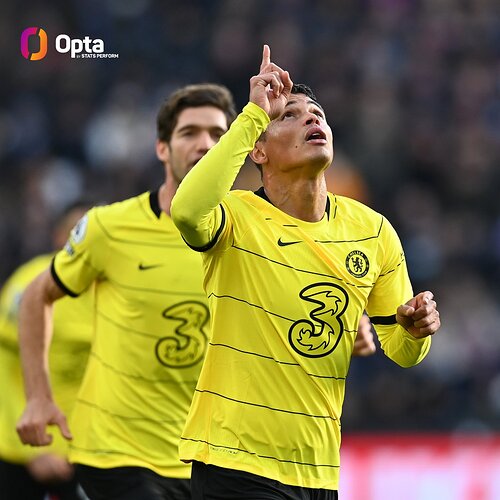