This thread is for news and discussions about The French Ligue1

The 2021–22 Ligue 1 season, also known as Ligue 1 Uber Eats for sponsorship reasons, is a French association football tournament within Ligue 1. It is the 84th season since its establishment. The season started on 6th August 2021 and is scheduled to end on 21 May 2022. 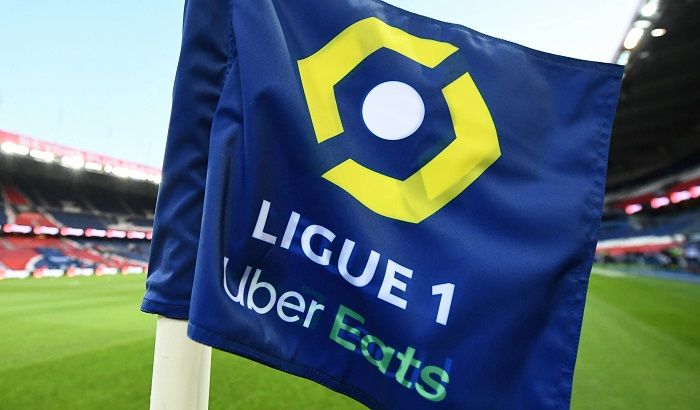 STANDINGS END OF ROUND 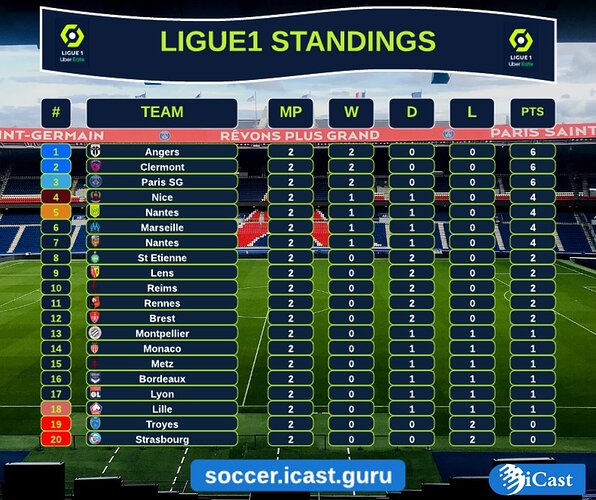 Lionel Messi is expected to make his Paris Saint-Germain debut in the Ligue 1 clash away to Reims on August 29. 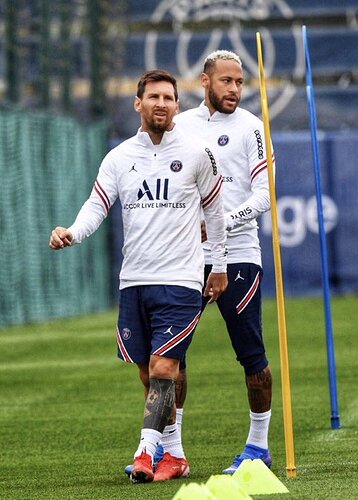 Ander Herrera has already matched his goal tally from the 2020/21 Ligue 1 season:

On course to beat his season’s best with PSG. 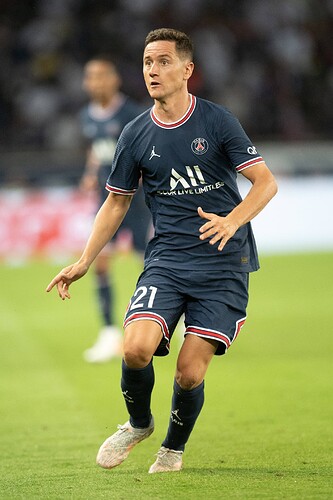 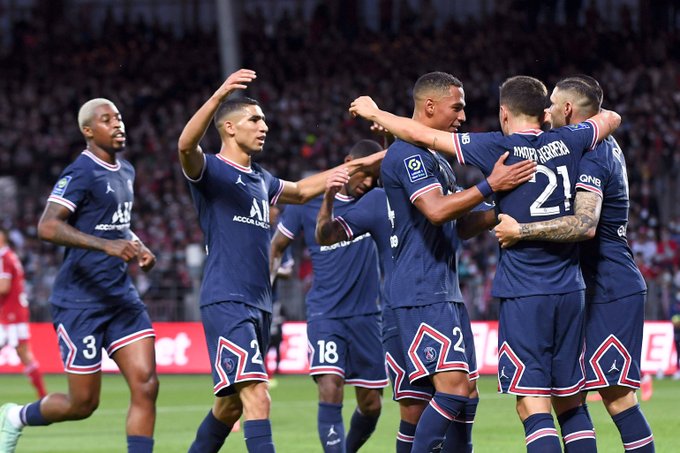 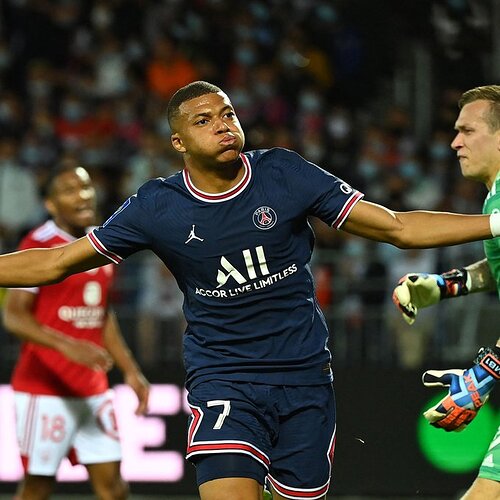 Game is over and the final score is Brest 2- 4 PSG. Here is the match report. 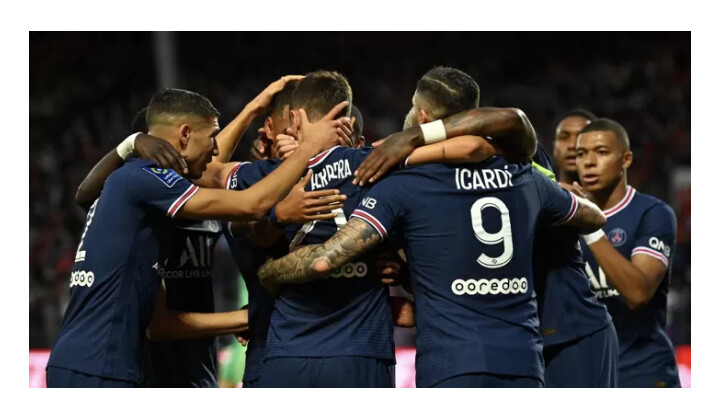 There was a six-goal thriller in north-western France on Friday evening as Paris Saint-Germain secured a third consecutive Ligue 1 victory with a 4-2 win over Brest.

Unlike in PSG’s last two fixtures, where goals were scored inside the opening 10 minutes, the Parisians had to wait until 23 minutes for Ander Herrera to open the scoring with a rocket of a volley from outside the box.

In what could turn out to be Kylian Mbappe’s final game for the club, he added a powerful header from 15-yards, taking advantage of Georgino Wijnaldum’s deflected shot to double the lead of Mauricio Pochettino’s side.

Lionel Messi was in demand after his highly anticipated debut for Paris Saint-Germain, with Reims goalkeeper Predrag Rajkovic asking the Argentine to pose for a photo with his son. 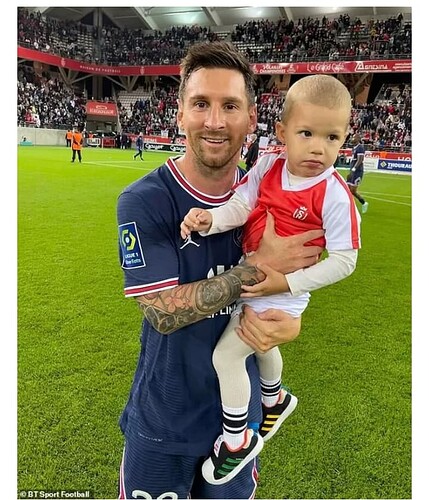 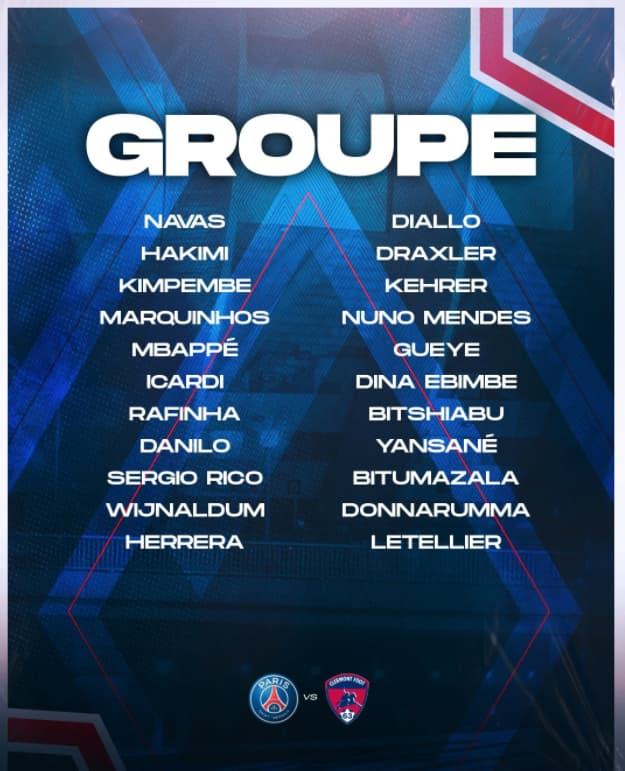 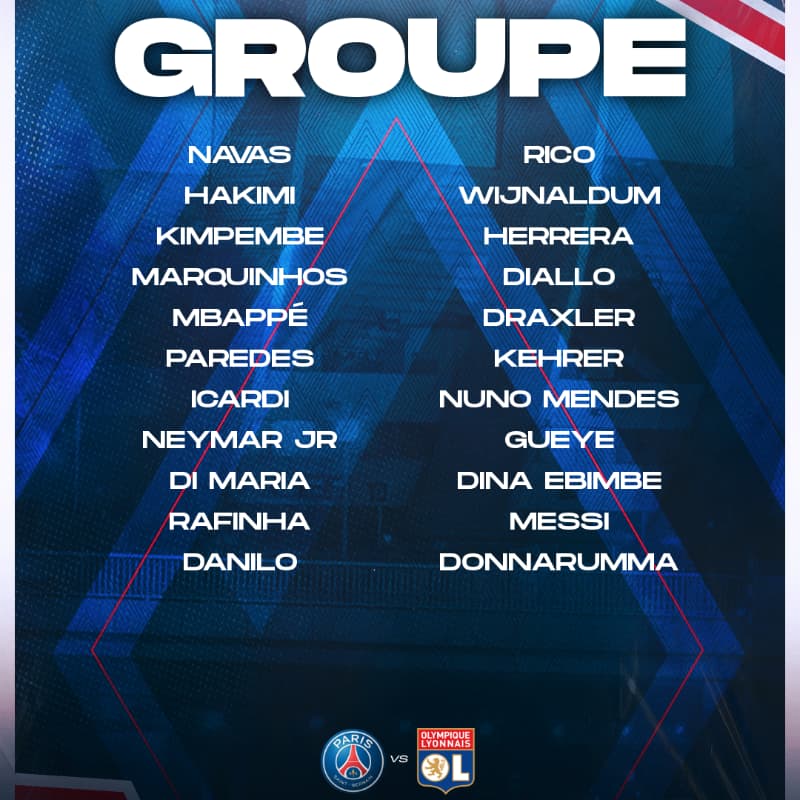 PSG manager Mauricio Pochettino is not rushing Lionel Messi into the starting XI, Lionel Messi made his PSG debut by coming off the bench against Reims. 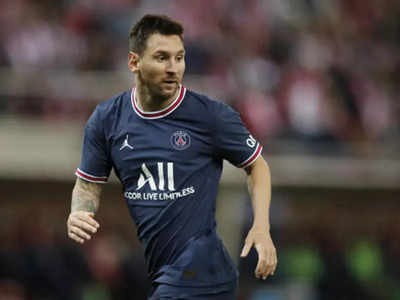 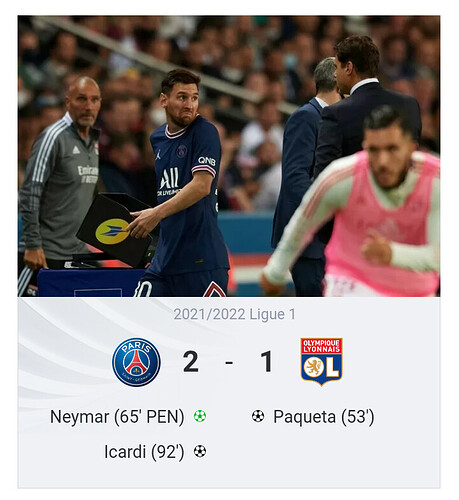 “And those decisions that you have to make, whether things go well or not. Whether you like it or not.” 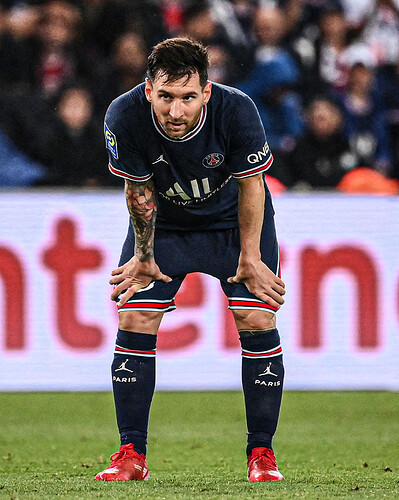 Just as he did at Dortmund and Inter, Hakimi is delivering the goods in the final third 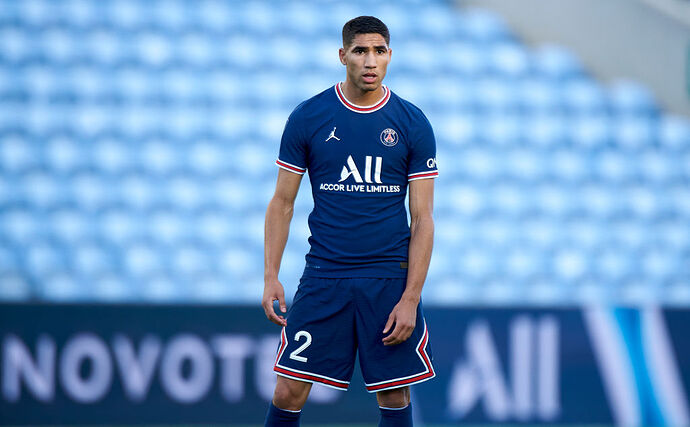 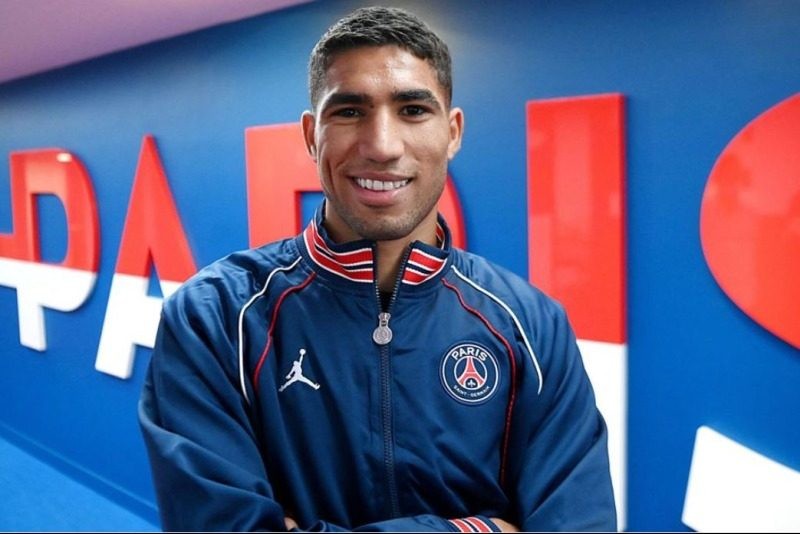 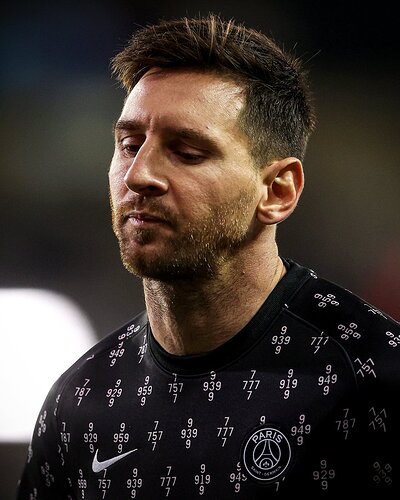 Lionel Messi has been ruled out of Paris Saint-Germain’s Ligue 1 home clash against Montpellier on Saturday night due to a knee injury. 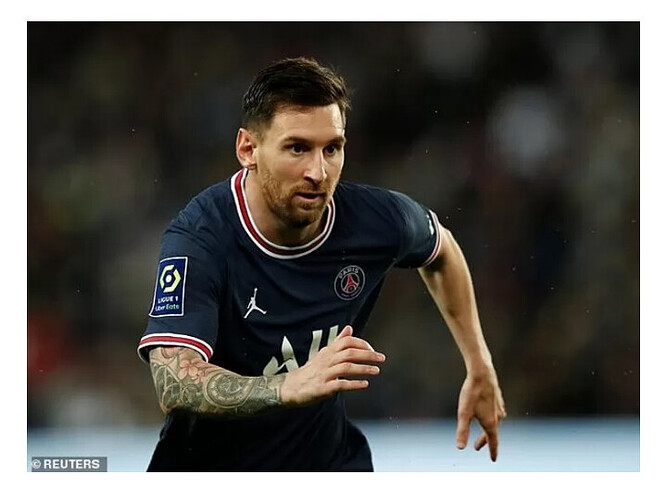 Pochettino and his controversial gesture: It doesn’t reflect Mbappe in reality

Paris Saint-Germain will face a tough task as they seek to maintain their winning streak against Montpellier, having done so against Metz in controversial circumstances which led to Mauricio Pochettino having to defend Kylian Mbappe. 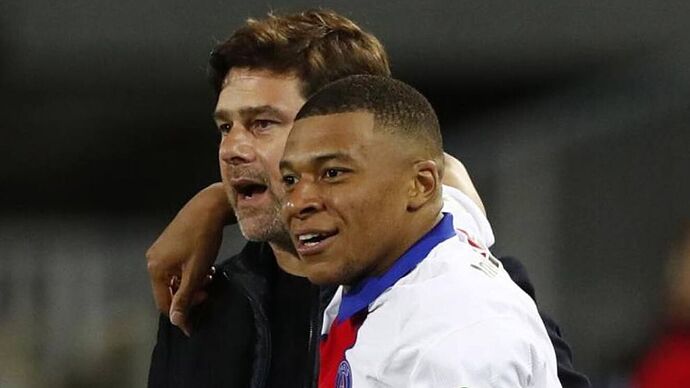 Messi’s out of PSG squad list for Ligue 1, Neymar & Mbappe in 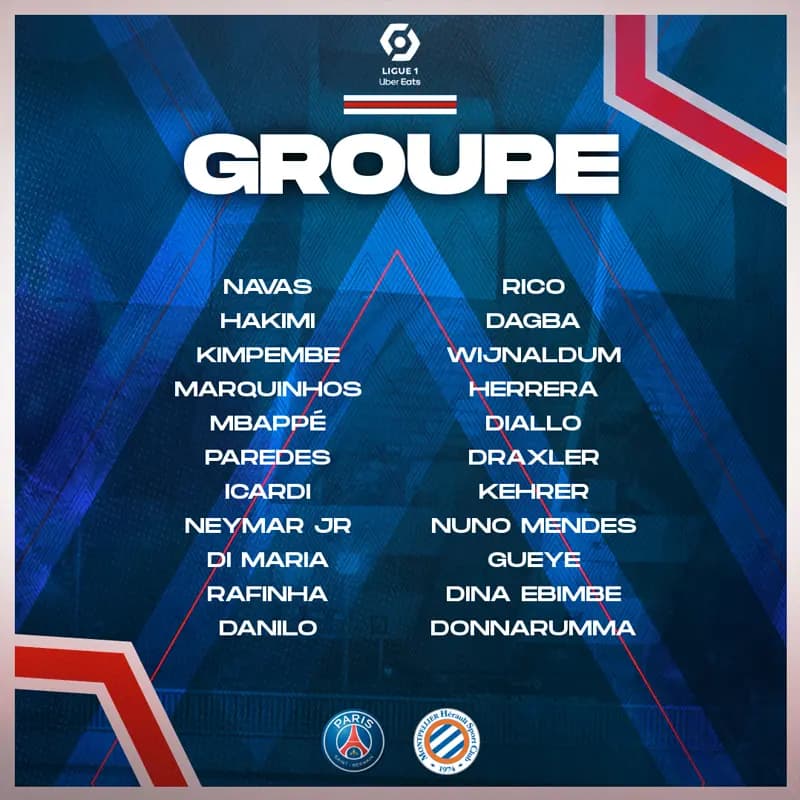 Lionel Messi may have been absent through a knee injury on Saturday evening, yet Paris Saint-Germain were still able to take a 2-0 victory from their Ligue 1 meeting with Montpellier at the Parc des Princes on Saturday. 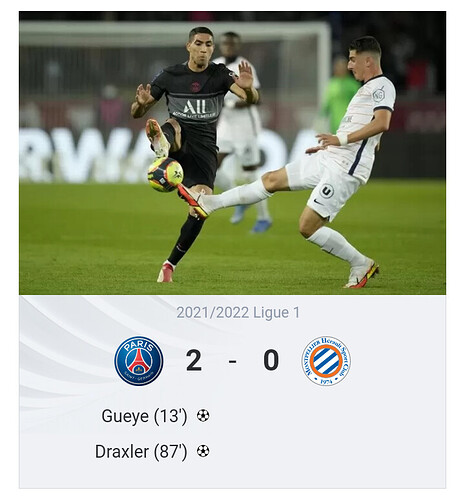