The full schedule for the 2021-22 Emirates FA Cup fourth round proper has now been confirmed.

Taking place between Friday 4 and Sunday 6 February 2022, we have 16 ties across the weekend . 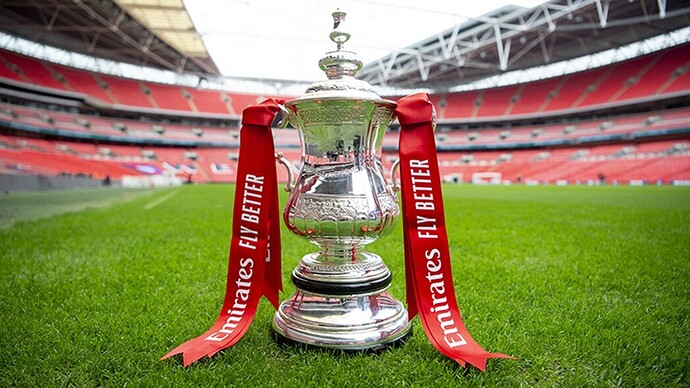 The fourth round schedule 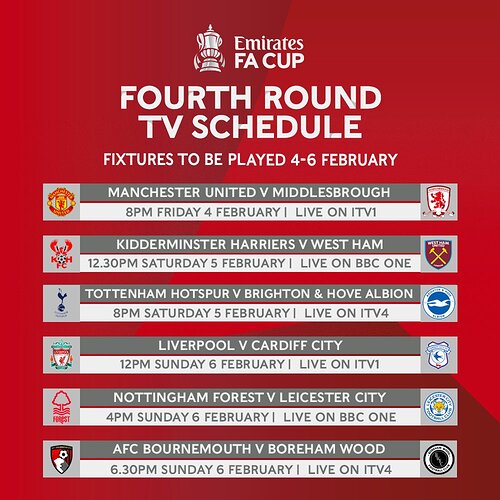 Cristiano Ronaldo made his first start in the EmiratesFACup since the 15th February 2009.

Robbie Savage started in the Derby midfield that day. 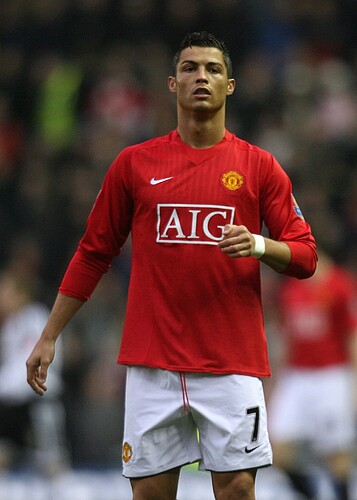 All three of Jadon Sancho’s goals for Manchester United this season have come in different competitons: 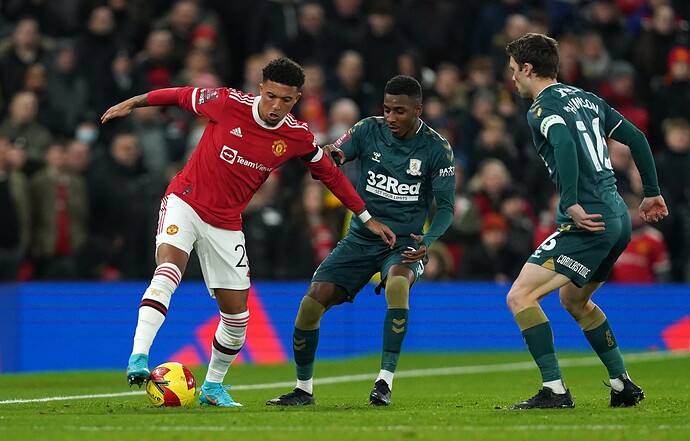 Bruno Fernandes has been directly involved in five goals in his last four games for Manchester United: 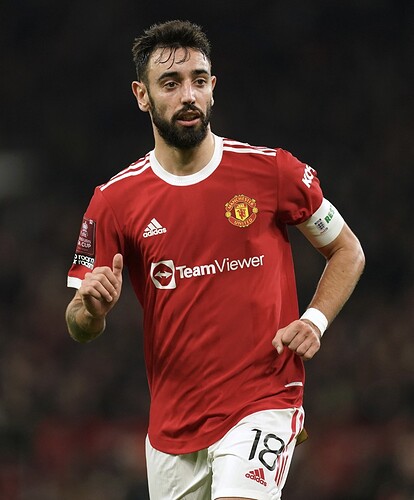 Cristiano Ronaldo has missed a penalty for Manchester United for the fourth time in his career:

It didn’t even hit the target. 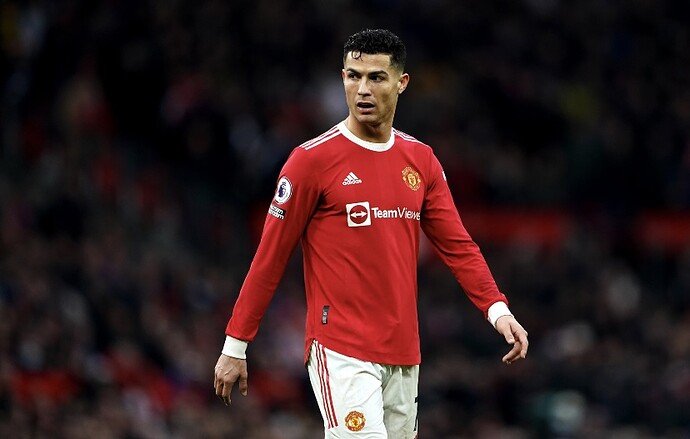 He was just waiting to score at Old Trafford. EmiratesFACup 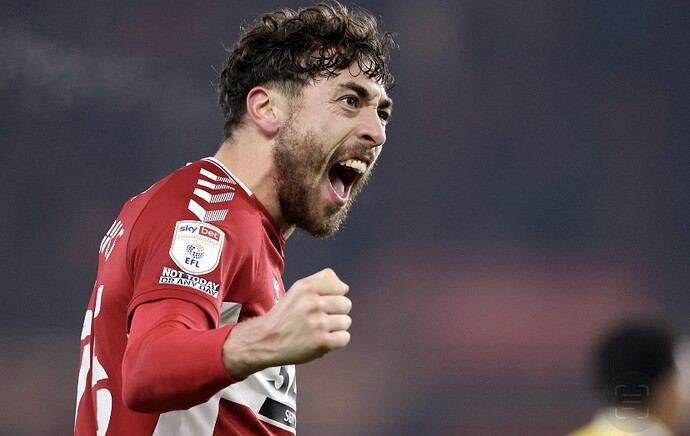 Manchester United have been knocked in the fourth round or earlier in the EmiratesFACup for the first time since 2014 against Swansea.

They crash out on penalties. 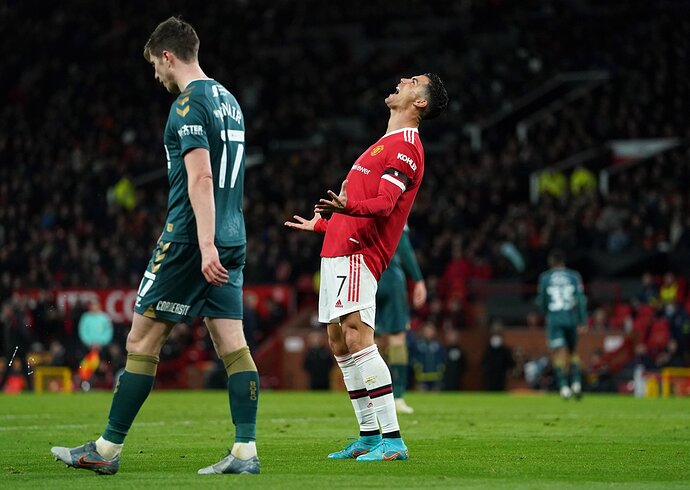 ◉ 2015: Middlesbrough knock Man Utd out of the League Cup on penalties

◉ 2022: Middlesbrough knock Man Utd out of the FA Cup on penalties 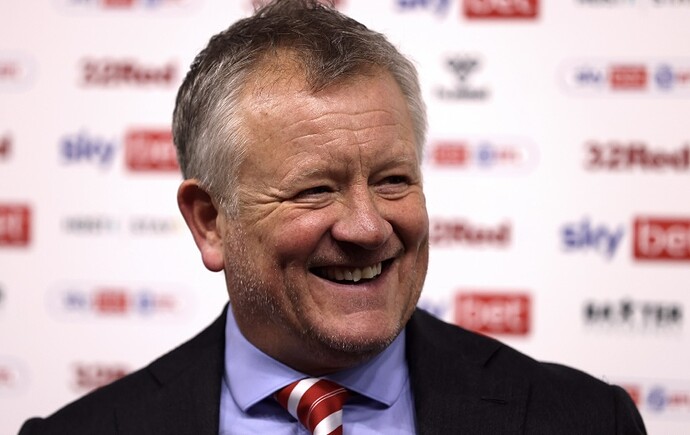 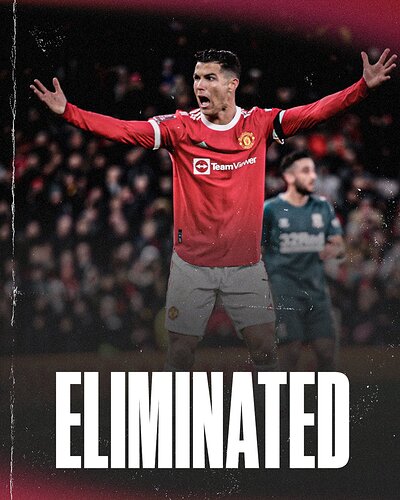 Bruno Fernandes didn’t put this away 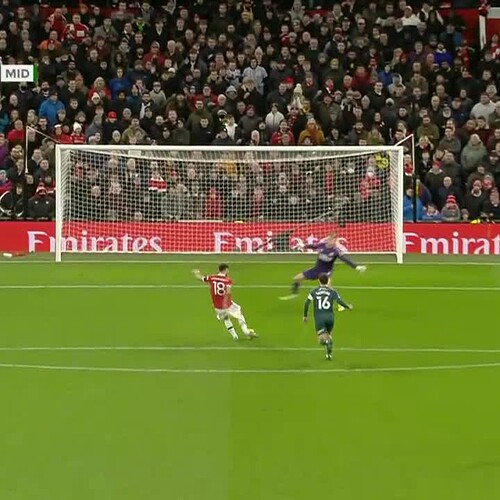 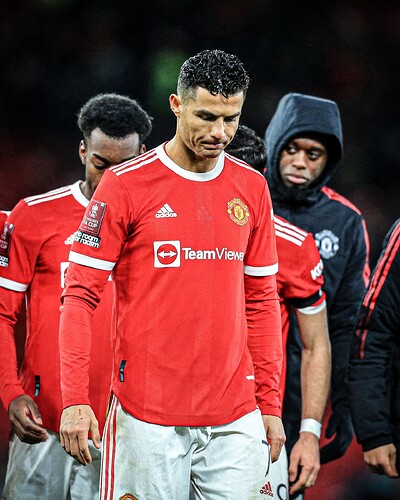 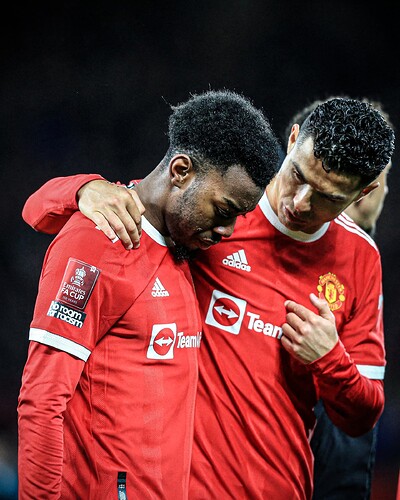 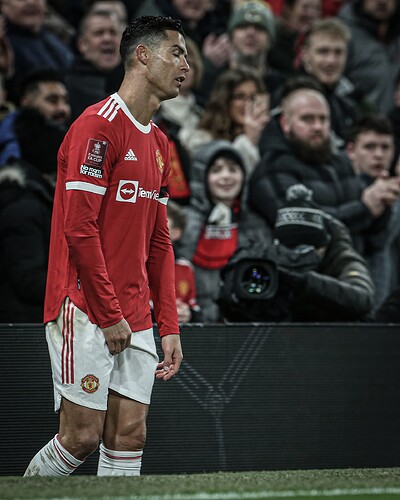 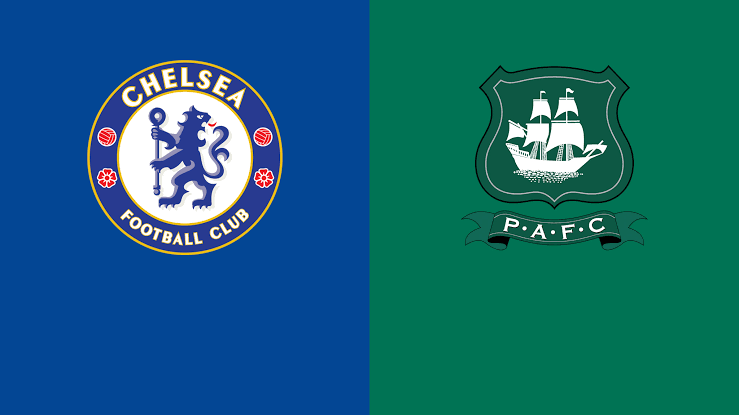 Chelsea entered the FA Cup in the third round, with their campaign starting with a straightforward 5-1 win over Chesterfield FC. But the Blues are going through a sub-par patch of form, winning just four of their last eight games across all competitions. Thomas Tuchel’s men did bounce back to winning ways before the international break, beating Tottenham Hotspur 2-0 at Stamford Bridge.

Plymouth Argyle’s FA Cup campaign began in the first round, and they needed a first round replay to beat Sheffield Wednesday. In the next two stages, the Pilgrims got past Rochdale AFC and Birmingham FC to set up a fourth round date with Chelsea. Steven Schumacher’s men have blown hot and cold since the turn of the year, winning just two and losing two of their five outings.

Chelsea beat Plymouth Argyle 1-0 the last time the clubs locked horns with each other.

Chelsea have announced that Thomas Tuchel has tested positive for Covid-19.

He will miss today’s FA Cup clash with Plymouth but hopes to join up with the team in Abu Dhabi for the Club World Cup next week. 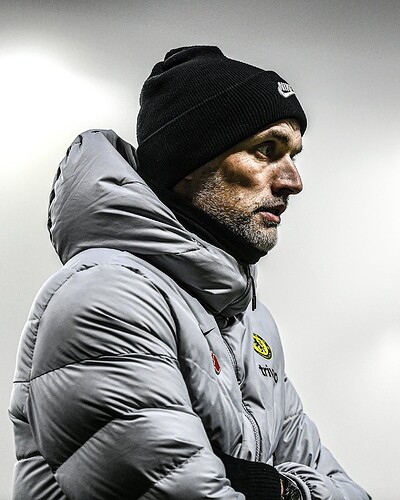 Arno Michels will take charge of the Chelsea side this lunchtime in the absence of Thomas Tuchel. 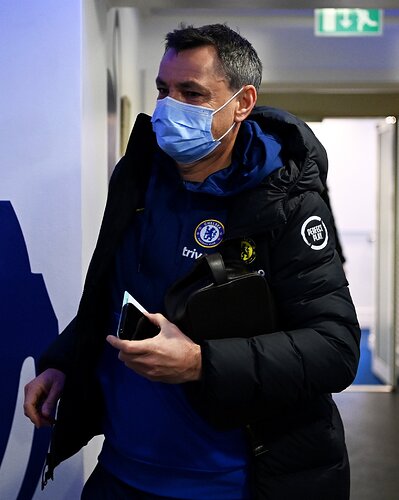 An early missed penalty by Cristiano Ronaldo and a Jadon Sancho deflected finish gave Manchester United 1-0 lead in the first half, however, a resilient Middlesbrough deservedly equalised from a back post Matt Crooks leveller which took the game into extra time and eventually penalty shootouts. A missed Elanga spot-kick sent Middlesbrough through to the fifth round of the Emirates FA Cup. 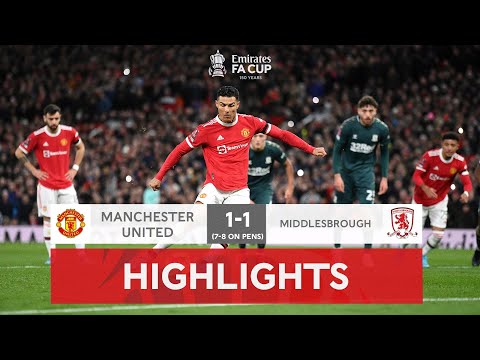