This thread is for news and discussions about Bundesliga

The 2021–22 Bundesliga is the 59th season of the Bundesliga, the top national league in Germany, ranked third in Europe. It began on 13th of August and will conclude on 14th May 2022. 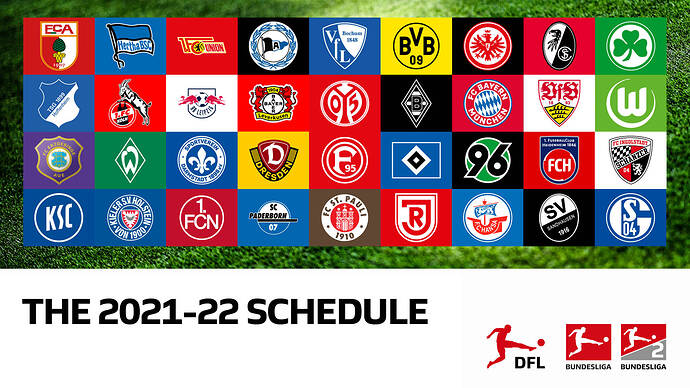 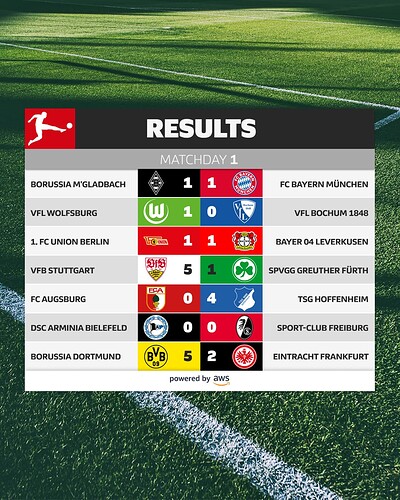 It’s early days but here’s your first look at the 2021/22 Bundesliga table after Matchday one! 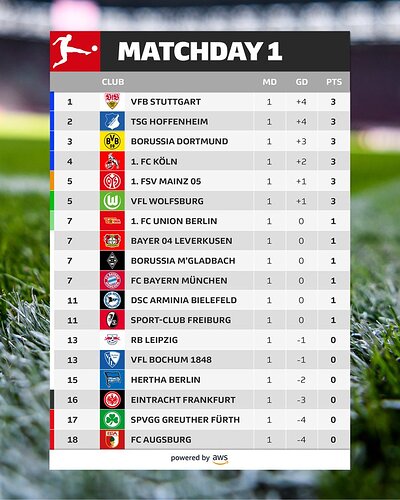 33 – Borussia Dortmund have scored in each of their last 33 Bundesliga matches, setting a new club record. 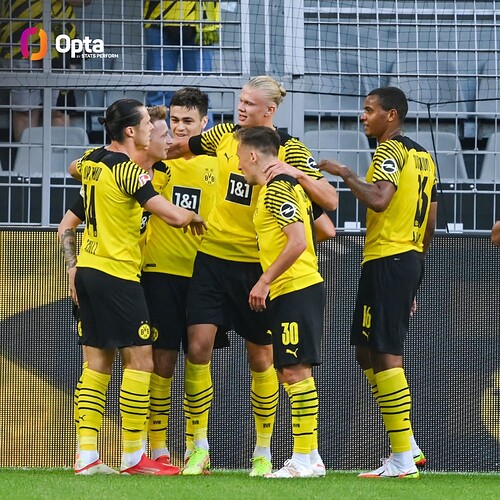 100 – Marco Reus scored his 100th Bundesliga goal for Borussia Dortmund on Matchday 1, becoming only the fifth player to reach that mark. Century. 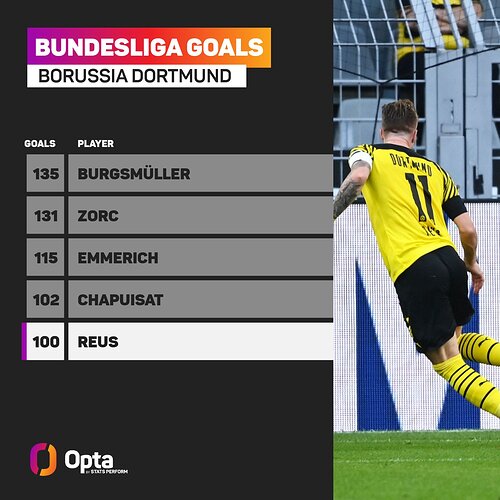 3 – Borna Sosa collected three assists in Matchday 1 of the new Bundesliga season. He becomes only the third VfB Stuttgart player to do so in a single Bundesliga match since det. data collection in 2004/05 (Erik Thommy and Ciprian Marica before him). 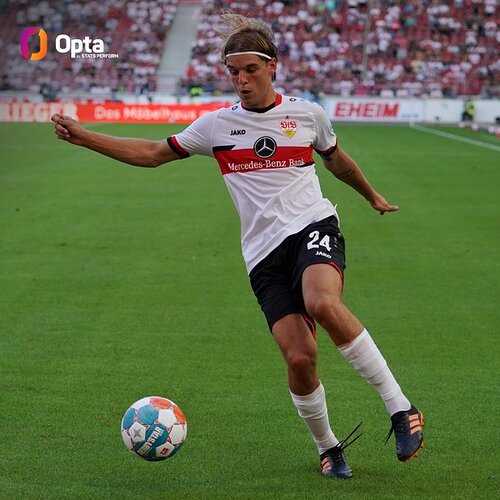 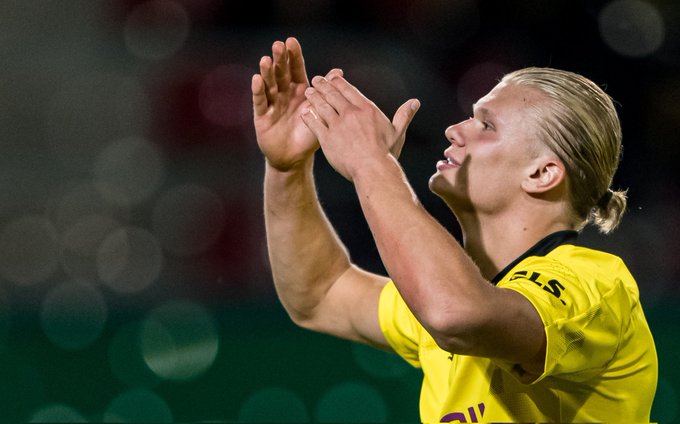 Bayern Munich’s single goal against Mochenglabach means they have found the back of the net in each of their last 47 Bundesliga fixtures. 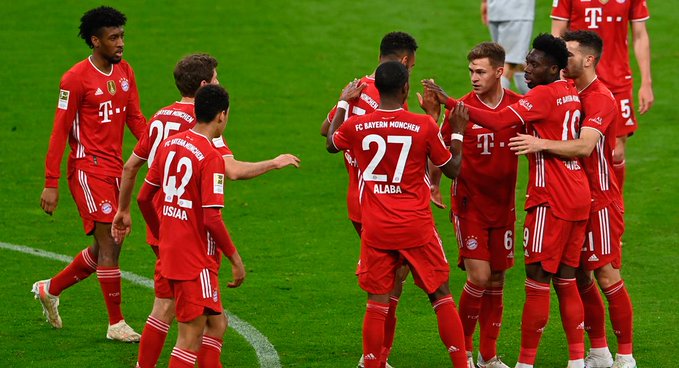 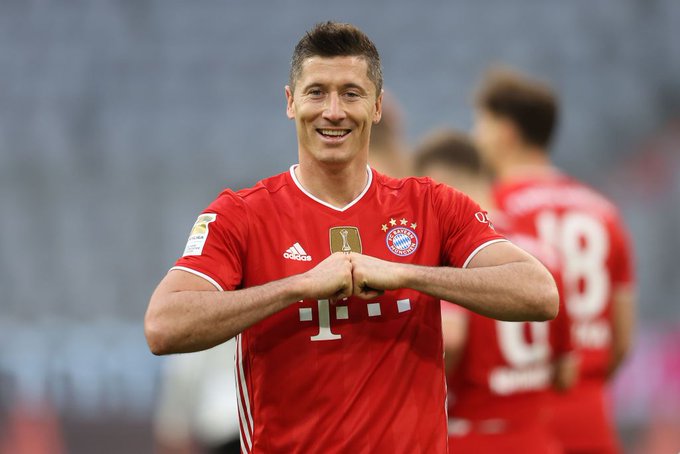 Kevin-Prince Boateng’s injury problems reared their ugly head once more as Hertha Berlin succumbed to a 2-1 home defeat to Lukas Nmecha’s Wolfsburg in the German Bundesliga on Saturday. 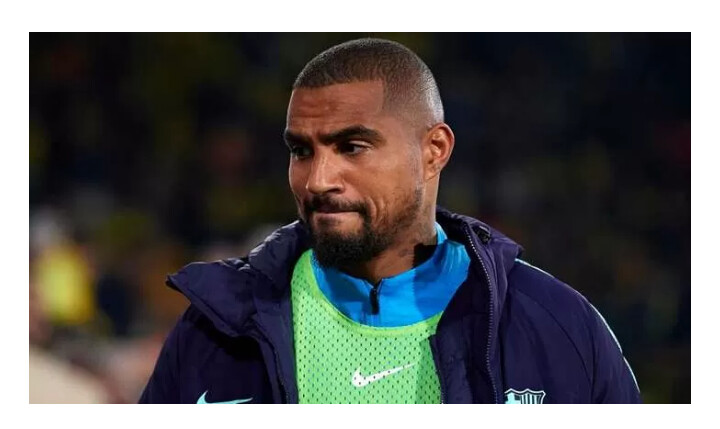 SC Freiburg rose to second in the Bundesliga table on Saturday thanks to a gritty 2-1 win over a Borussia Dortmund side who dominated possession but failed to convert their chances on the league’s second weekend of play. 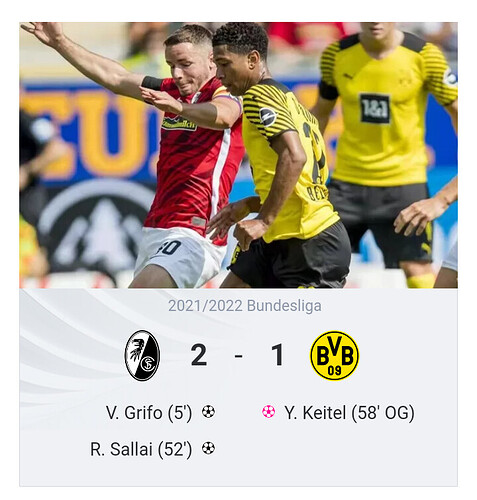 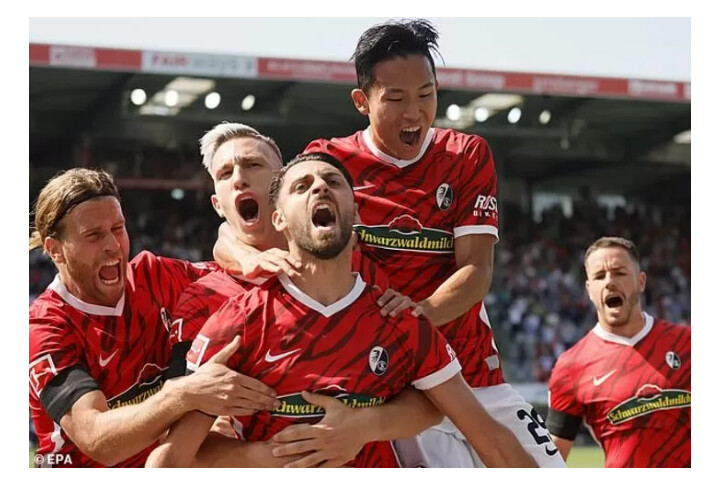 Vincenzo Grifo rocked the visitors early, putting Freiburg ahead with a stunning free kick in the sixth minute.

That shocked the visitors into action, and midfielder Jude Bellingham came closest to an equaliser in the first half, hitting the post with a header from a corner. 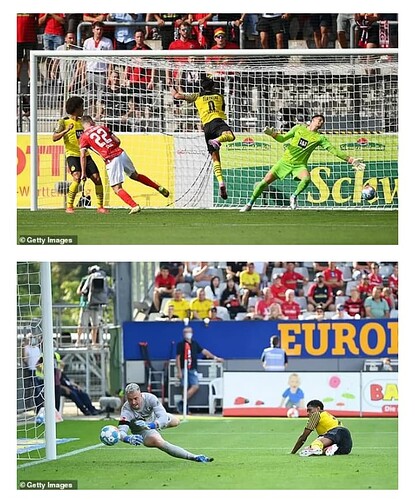 Despite Dortmund keeping possession for long spells, they found themselves two down eight minutes into the second half when Roland Sallai slammed the ball home from close range.

Dortmund were thrown a lifeline when midfielder Yannik Keitel steered a low cross past his own keeper in the 59th minute.

But the Freiburg rearguard stood firm to repel Erling Haaland and company as they hung on to win.

RB Leipzig swept Stuttgart aside in a blistering 4-0 triumph in the Bundesliga on Friday night, but the night belonged to one man: Dominik Szoboszlai. 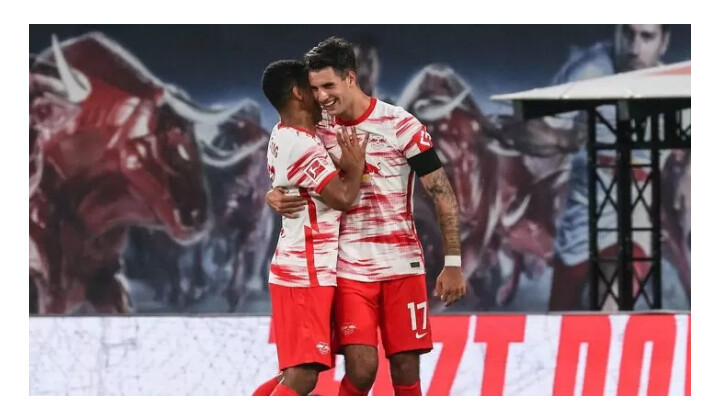 Game is over and the final score is Bayern 3: 2 Cologne. Here is the match report. 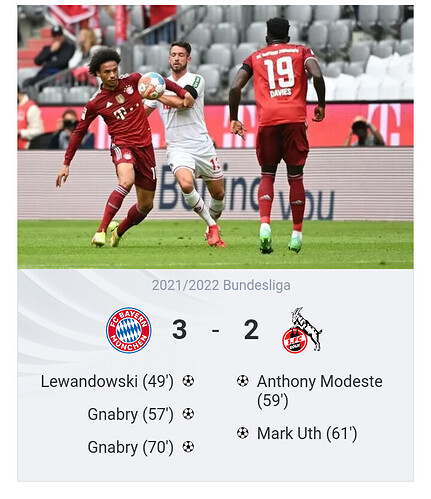 Game is over and the final score is Dortmund 3- 2 Hoffenheim. Here is the match report. 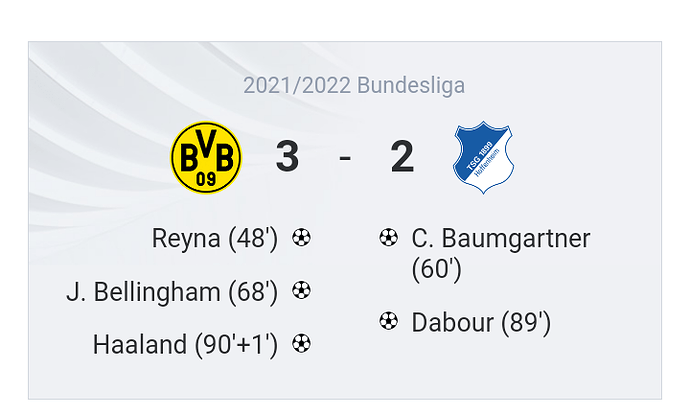 Robert Lewandowski brought up his triple century of goals for Bayern Munich on Saturday as the Poland star’s hat-trick helped the Bundesliga champions breeze past Hertha Berlin 5-0 in a one-sided encounter. 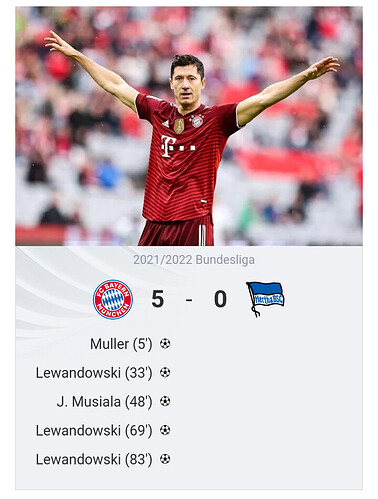 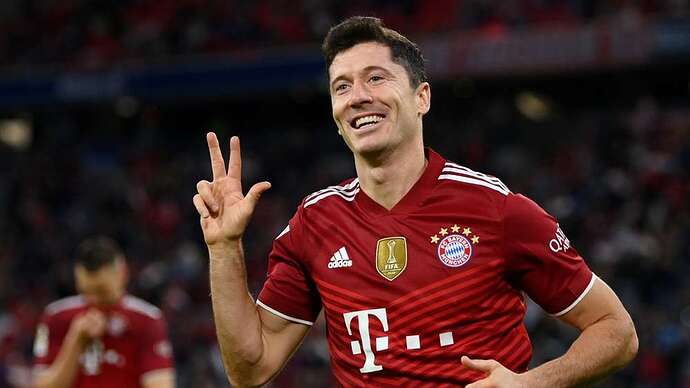 Lewandowski picked up right where he left off at the end of the last Bundesliga season and went into the weekend clash with two goals in as many games.

And he is now right back on top of the league scoring charts, which he has topped for six of the last eight years.

The Bayern star might have turned 33 last Saturday, but if anything he is only becoming more deadly as the years go by.

In 2020-21 he set a new personal season best, netting an incredible 41 goals in 29 Bundesliga games to mark his biggest league return since arriving in the German top flight with Borussia Dortmund back in 2010.

If anything, he looks more than capable of passing that mark again if the evidence of these first three games is anything to go by.

Having gone into the game with 298 goals to his name at Bayern, the Poland international also passed the 300 mark with his second of the afternoon, a milestone he has reached - and, with his hat-trick goal, already passed - in just 333 matches.

Borussia Dortmund striker Erling Haaland continued his superb start to the season by scoring twice in his side’s 4-3 victory over Bayer Leverkusen in the Bundesliga. 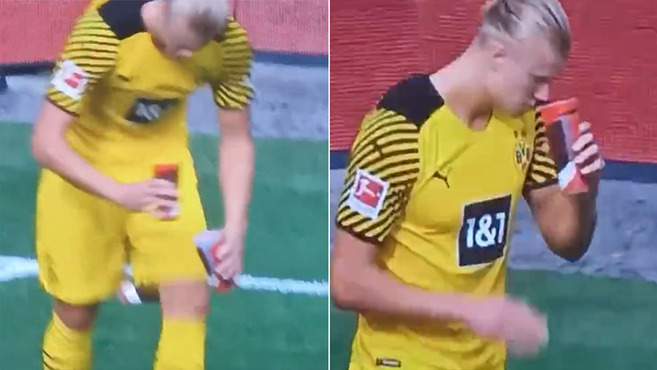 Union Berlin talisman Taiwo Awoniyi could not extend his Bundesliga goalscoring run after their goalless draw against Augsburg on Saturday. 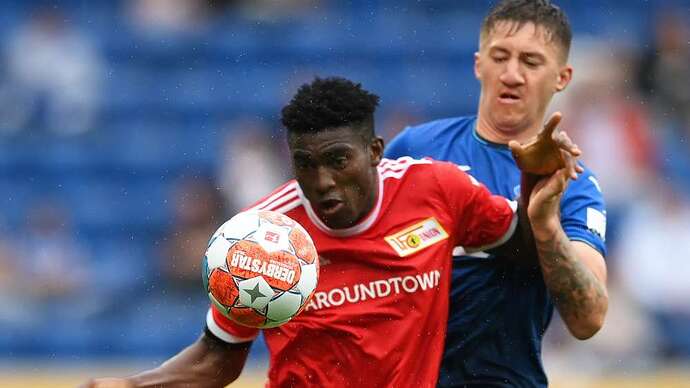 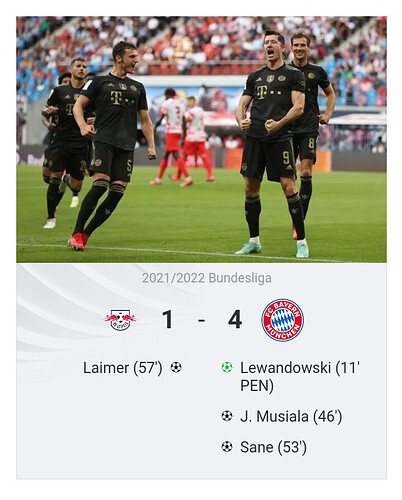