Will the 17-year old Spanish prodigy be able to bring Barca back to its glory days?

Ansu Fati is a professional footballer who plays as a left winger for Spanish club FC Barcelona.

He is a sensational player and many are saying that he is likely to bring back Barca to its glory days.

He is 17 years old and has already played 42 games which include La Liga, Champions League and Copa Del Rey! He has scored 12 goals (160 mins per goal) in his first season on the main team and has also given 4 assists.

Now he has also become the youngest player to ever score a senior goal for Spain, at the age of 17 years and 314 days.

What do you think about him? Do you think he will be able to write Barcelona’s future? Ansu Fati is the new Barca generational talent. The Catalans have a gem of a footballer in their hands and it all depends on how the club shapes the player’s future for him to become the superstar he promises to be. Quick feet, eye for goal and just a replica of early days Messi.

He is yet to sign a professional contract with Barcelona as he is still a minor with a 170 million euros release clause. When Fati turns 18, Barca’s first step should be to renew his contract into a professional one with a hefty clause of to tie down the player at the Camp Nou.

This coming season we will see more of Ansu Fati as Suarez has left the club and like Ronaldhino, Xavi, Iniesta guided Messi in his early days so will Messi try and assist Ansu Fati in what might be his last season for Barca. Ansu Fati has the potential to write Barca’s future. Messi in the making? Maybe! Ansu Fati broke a Spain record that had previously stood for some 95 years, ever since Juan Errazquin scored against Switzerland way back in 1925 at the age of 18 years and 344 days. 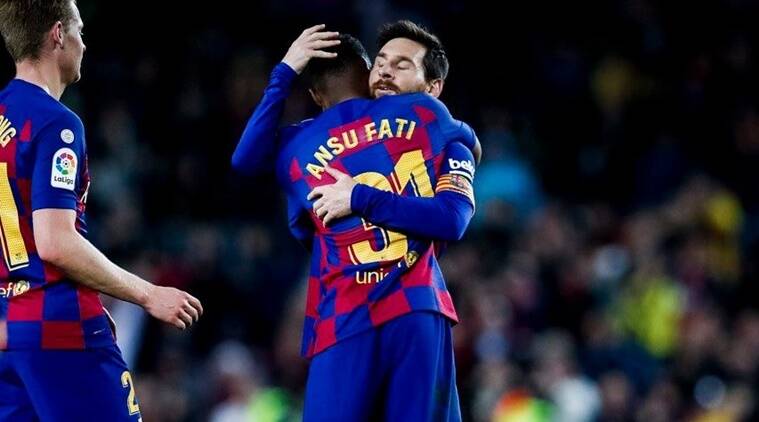