PSG script a late drama to reach their first semi-final since 1994-95 campaign. Atlanta held the game 1-0 till the 89th minute but Marquinhos and Eric Choupo-Moting’s late goals have finally made PSG believe that ‘everything is possible’ and they can win the Champions league Neymar gave his Man of the Match award to Choupo-Moting! PSG are into the semi-final of the ChampionsLeague after a 2-1 win!

The last 5 mins were amazing!! 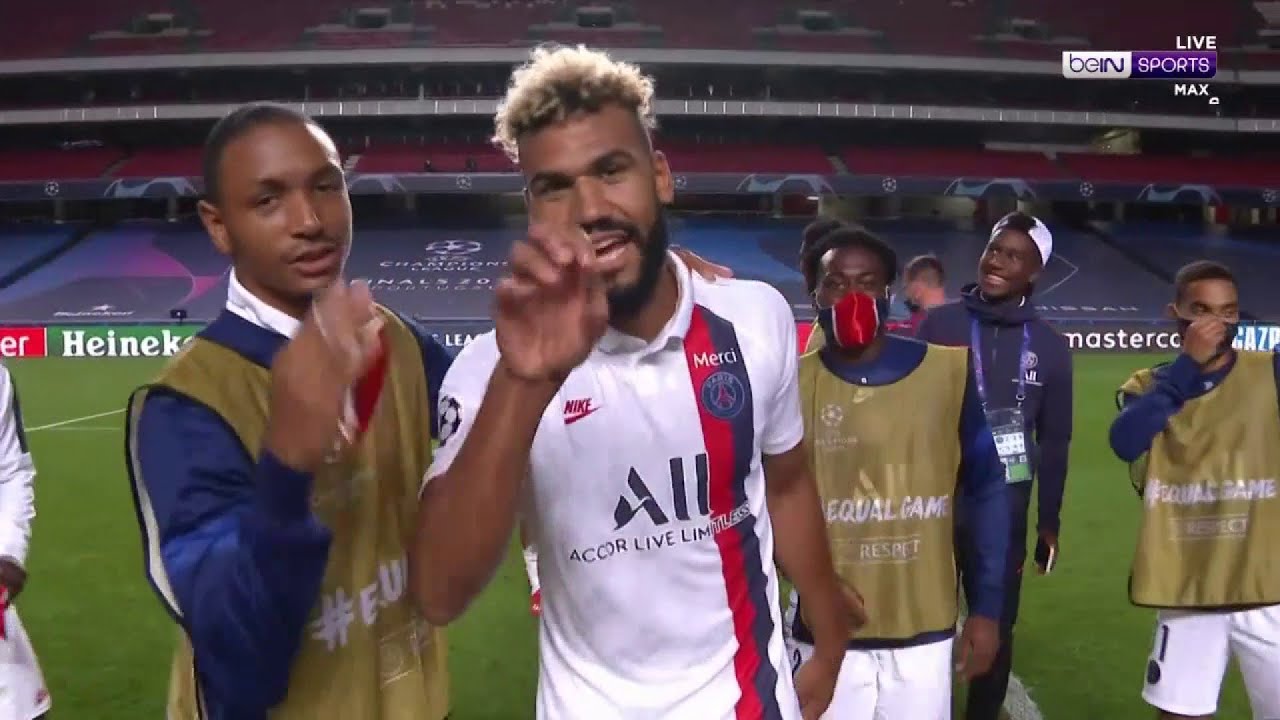 Why Exactly did Neymar give the man of the match award to Choupo-Moting?

RB Leipzig in the semi-finals The biggest upset of this season. Last year it was Ajax, this year it is RB Leipzig breaking all the odds. Atletico were clear favourites after knocking out Liverpool but Leipzig without Timo Werner stunned the three-time champions league runners-up. Thanks to a late winner from their American recruit Adam Tyler. The German club have reached their maiden Champions league semi final and will face PSG on 19th August.

Incredible milestone for a club that was founded just about a decade ago!

Having lost Timo Werner, one of their best players, to Chelsea yet they make it to the semi-finals. What a team! Dayot Upamecano gets the Man of the Match award after THAT display! History will repeat once again tonight! Messi is going to show who is the real GOAT Two of the titans of world soccer face tonight - a match fit to be the European final! It’s a game that features superstar players, global brands, and each of the club winning Champions League title 5 times so far.

However, Barcelona have stumbled of late, losing La Liga to Real Madrid after winning just 5 out of their last 9 games. I think this time they come in as underdogs.

Meanwhile, Bayern Munich have won 19 games in a row, taken the Bundesliga and German Cup and enter this one as the favorite. Barca suffered a humiliating defeat at the hands of Bayern Munich. I think a complete overhaul is necessary starting from the top to bring about a real change and to reinstate the glory days of Barca. On the other hand, Bayern continue to dominate and I see them lifting the Champions League trophy!

Thomas Müller claims the award after a fine display in Lisbon Bayern’s 8-2 victory against Barcelona was the highest-scoring knockout game in the UEFA Champions League era but it fell just short of being the match with the most goals in the competition’s history.

That honour goes to their domestic rivals Borussia Dortmund, who overcame Legia Warszawa 8-4 in a group game in November 2016. Monaco’s famous 8-3 triumph against Deportivo in 2003 takes second place with Bayern’s bonanza in Lisbon sitting third.

The greatest humiliation for Barcelona is Coutinho scoring 2 goals and assisted Lewandowski in one and knocked Barcelona out of the UCL. What a revenge!! The greatest humiliation for Barcelona is Coutinho scoring 2 goals and assisted Lewandowski in one and knocked Barcelona out of the UCL.

Much needed redemption for Coutinho! A post was merged into an existing topic: Koeman Is The New Barca Boss! Can Koeman restore Barca’s prestige?

Pep Guardiola has never taken Man City past the UCL quarterfinals before.

Is this the season Manchester City and Pep Guardiola win the Champions League? Manchester City take on Lyon in the Champions League quarter-finals. After City beat Real Madrid and Olympique Lyonnais knocked out Juventus, both teams will have one eye on a a semi-final spot. Guardiola’s side are favourites, but Lyon have quality.