RODRYGO SCORES THE WINNER OFF A CAMAVINGA ASSIST!

Their future is in safe hands 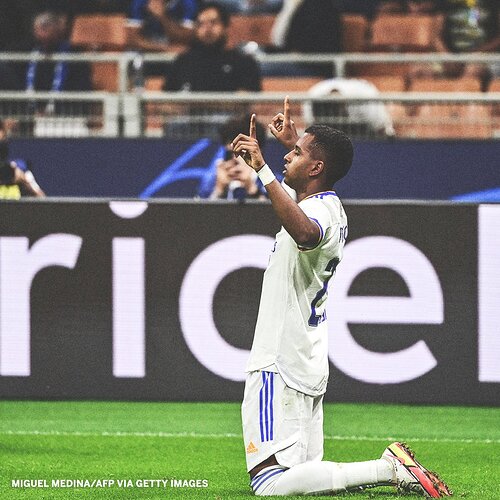 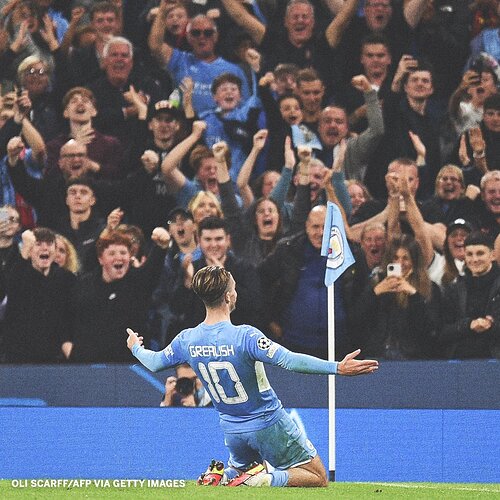 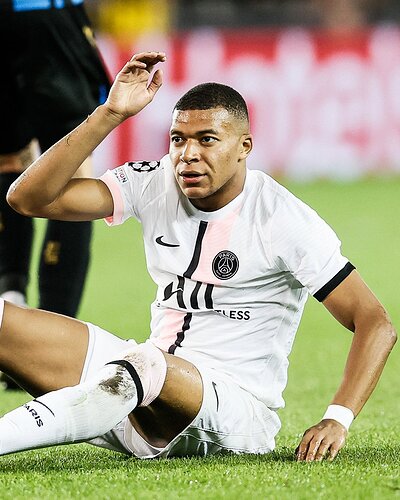 Game is over and the final score is Man City 6- 3 Leipzig. Here is the match report. What a game 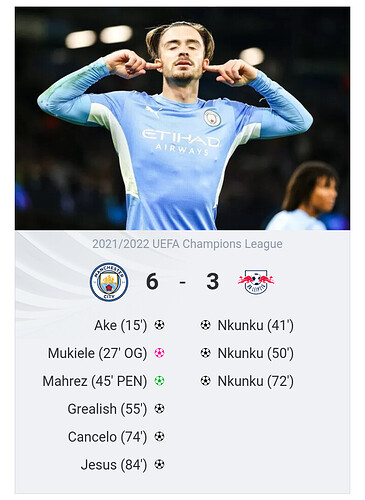 Game is over and the final score is Atletico 0-0 Porto. Here is the match report. 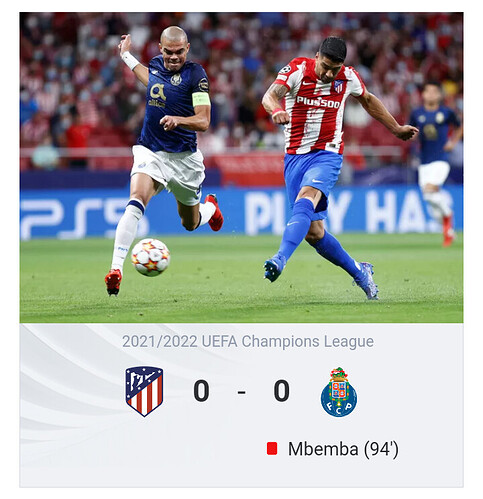 Game is over and the final score is Liverpool 3-2 Milan. Henderson, Salah & TAA fire as Reds win bandying game over Milan. Here is the match report. 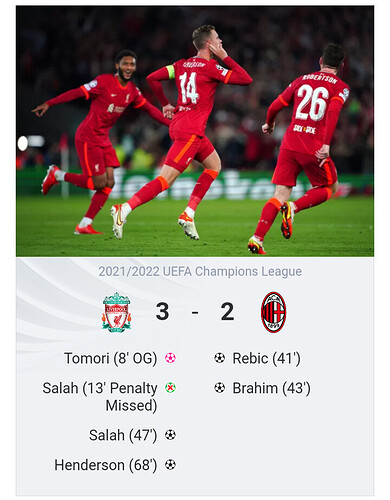 Game is over and the final score is Inter 0-1 Real Madrid. Here is the match report. 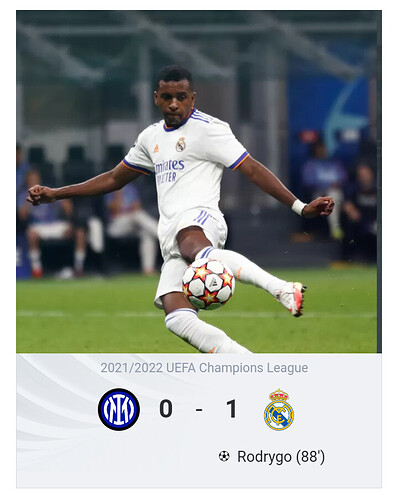 19’ Courtois makes a good save

54’ Courtois makes a good save

He is a cheat code😋 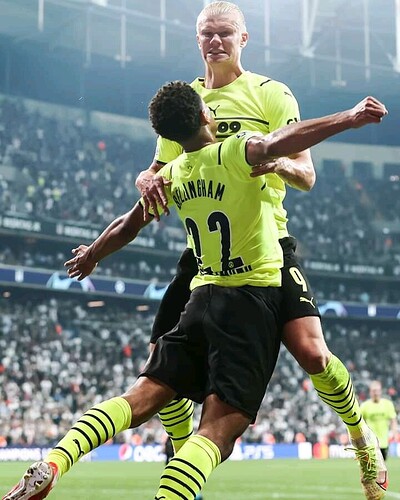 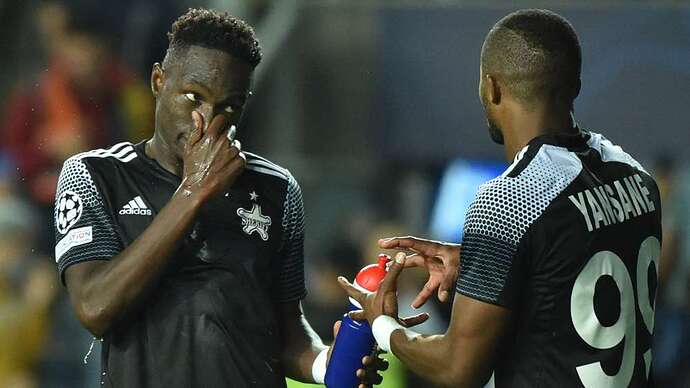 Goals galore! What. A. Night! 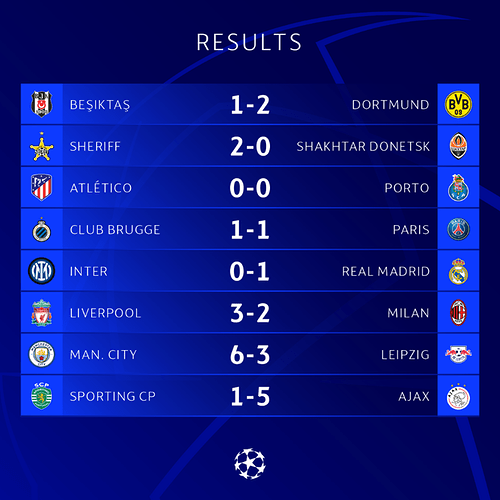 The excitement continued throughout Matchday 1 of the 2021/22 UEFA Champions League with standout performances.

Lionel Messi’s first start for Paris ended in disappointment as the French side could only draw their opener at Club Brugge.
Key stat: Messi’s first outing in a Paris starting XI was also his 150th game in the UEFA Champions League, and he becomes just the fourth man to reach that mark after Iker Casillas, Cristiano Ronaldo (both 177) and Xavi Hernández (151).

So true! @Yusuf The spirit to win has the power to beat all odds!

Key stat: Atlético have lost only one of their last 30 European games in their own stadium (W22 D7 L1).

Jordan Henderson’s splendid half-volley proved the difference at Anfield.
Key stat: This was just the third time these two teams had met in European competition; the other two were UEFA Champions League finals (2005 and 2007).

An inspired performance by Jude Bellingham ensured a winning start for Dortmund. The 18-year-old opened the scoring from BVB’s first effort of the match, producing a crisp finish from a tight angle 20 minutes in.
Key stat: Bellingham has become the youngest player to score in successive UEFA Champions League games, at 18 years and 78 days – bettering Mbappé’s previous mark of 18 years and 85 days from March 2017.

Sébastien Haller scored four times as Ajax breezed to victory in Lisbon.
Key stat: Haller is only the second man to score four goals on his UEFA Champions League debut, following Marco van Basten for Milan against Göteborg in 1992.

A 89th-minute goal from Rodrygo gained Real Madrid all three points as hosts Inter were made to pay for missed opportunities.
Key stat: Inter were on a run of ten home wins in all competitions before this evening. 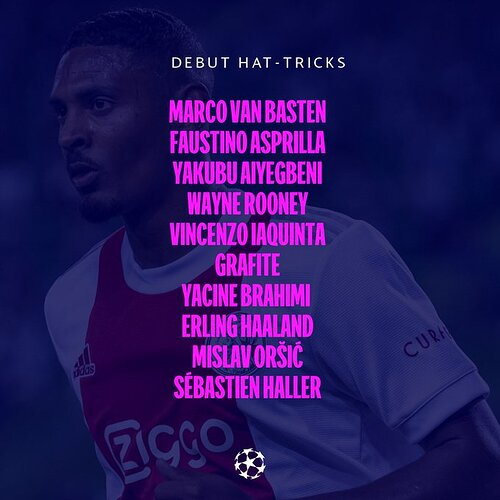 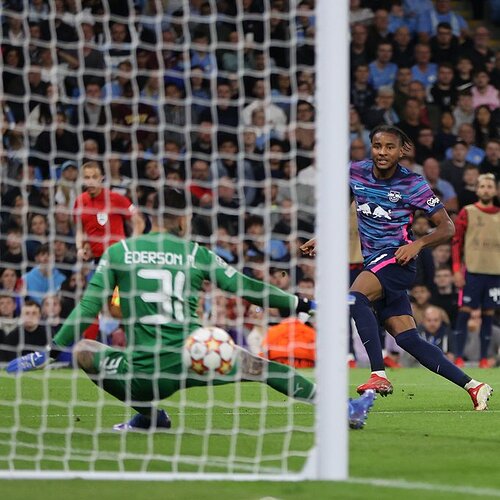 Michael Owen claims Paris Saint-Germain’s front line is weaker now Lionel Messi has joined the club after the Argentine failed to score on his first start for the French side. 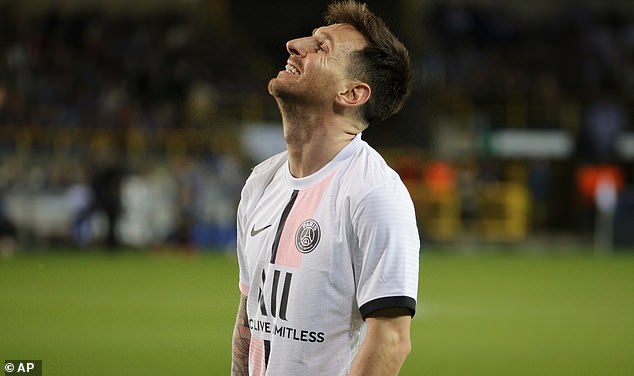 Pep Guardiola revealed he publicly argued with Manchester City goalscorers Riyad Mahrez and Jack Grealish during their 6-3 win over RB Leipzig as they did not do their defensive jobs on Wednesday night. 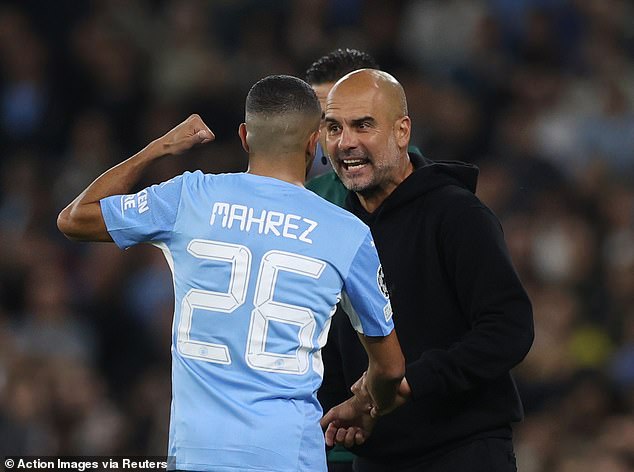 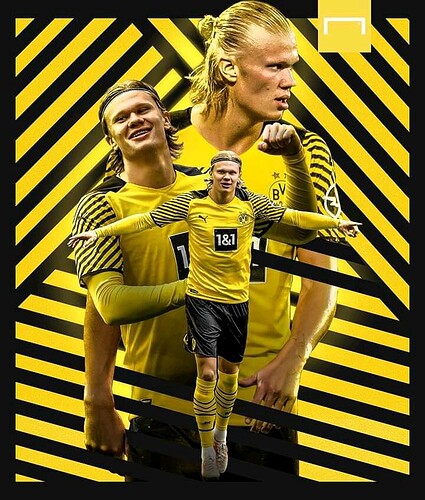 Club Brugge winger Noa Lang picked up the Man Of The Match award in a game that featured Messi, Mbappe and Neymar 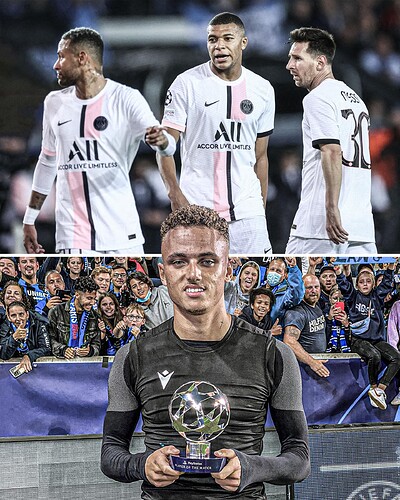 Who needs a Super League?! 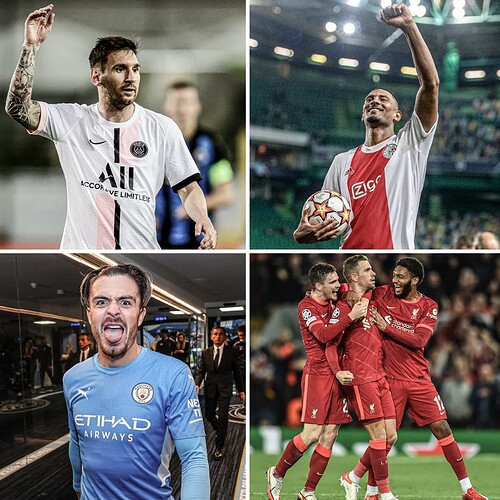