Meanwhile, the finals of the event will take place on 14 November. Team India will be entering the tournament as one of the favorites to win the trophy. 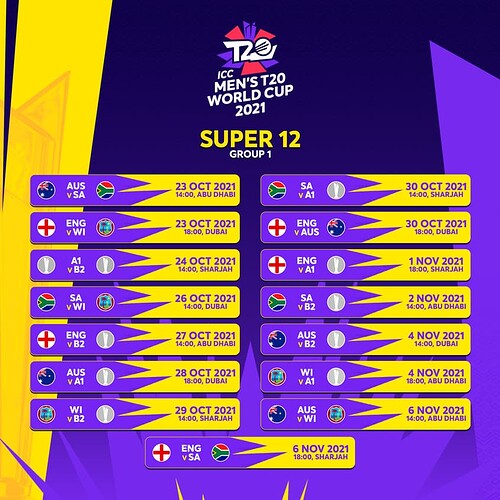 The tournament will begin with the Round 1 Group B encounter between hosts Oman and Papua New Guinea on October 17, with Scotland and Bangladesh, the other teams in Group B, clashing in the evening match.

Ireland, Netherlands, Sri Lanka, and Namibia – making up Group A – will be in action in Abu Dhabi the next day, with Round 1 matches running till October 22. The top two teams in each group will proceed to the Super 12 stage of the tournament, beginning on October 23.

The second round of the tournament – the Super12 stage – will get underway in Abu Dhabi on October 23, with the Group 1 contest between Australia and South Africa. This will be followed up with an evening clash between England and West Indies in Dubai.

Old rivals England and Australia will lock horns in Dubai on October 30. It will conclude on November 6 with matches between Australia and West Indies in Abu Dhabi, and England and South Africa in Sharjah.

Group 2 will commence with a heavyweight clash between India and Pakistan in Dubai on October 24. Pakistan then take on New Zealand in Sharjah on October 26, in a tough start for the 2009 champions. Afghanistan begin their campaign on October 25 at Sharjah, taking on the winners of Group B from the first round. It will conclude on November 8, with India taking on the second-placed Round 1 qualifier from Group A.

Indian squad to be picked next week after completion of India-England 4th Test. 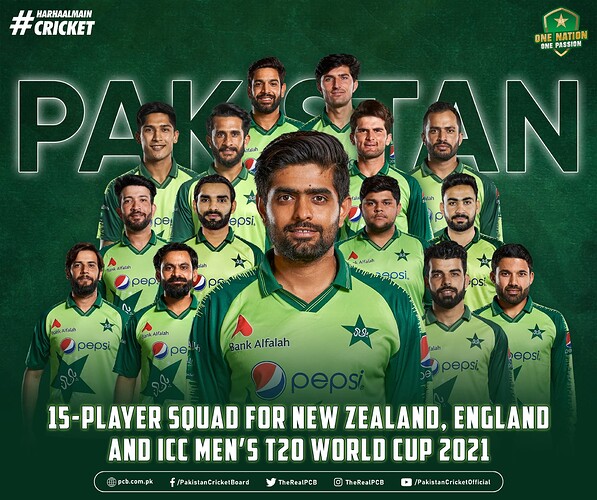 Asif Ali and Khushdil Shah have been named in Pakistan’s squad for the ICC Men’s T20 World Cup 2021. 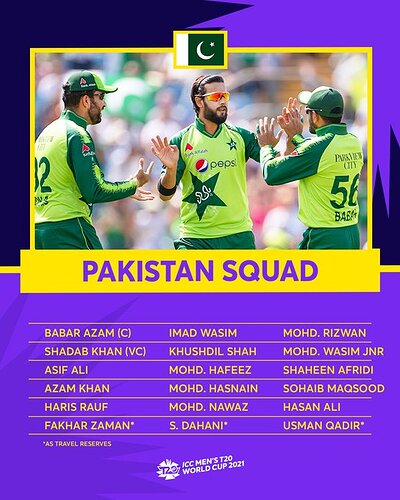 Assad Vala’s 16-man squad has been decided for the T20 World Cup Trophy! 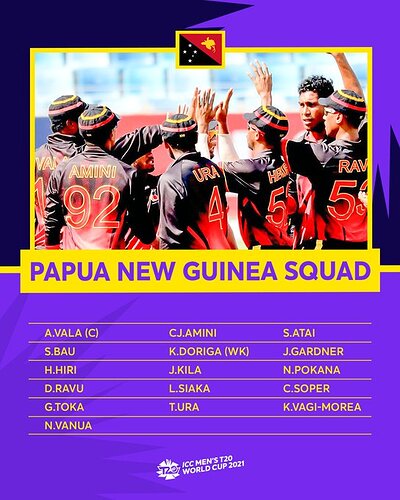 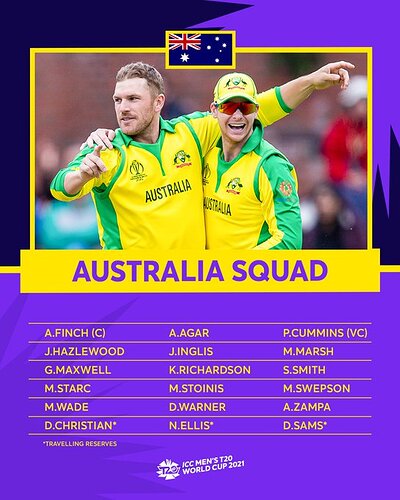 Which team are you rooting for? 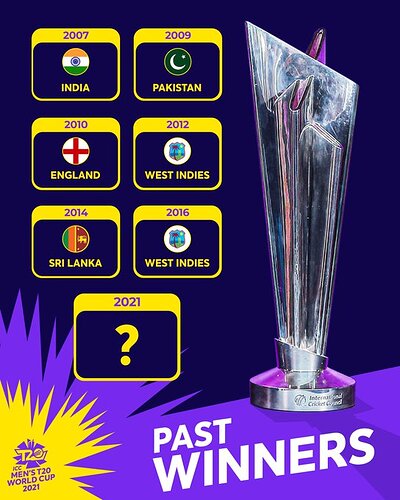 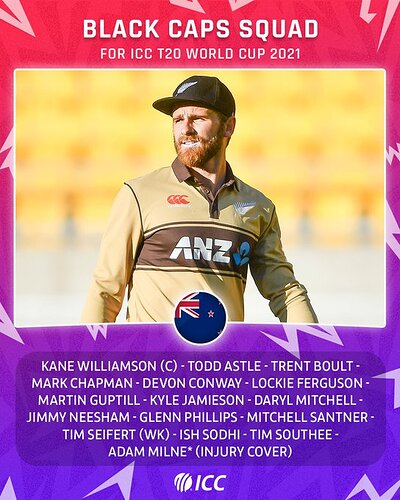 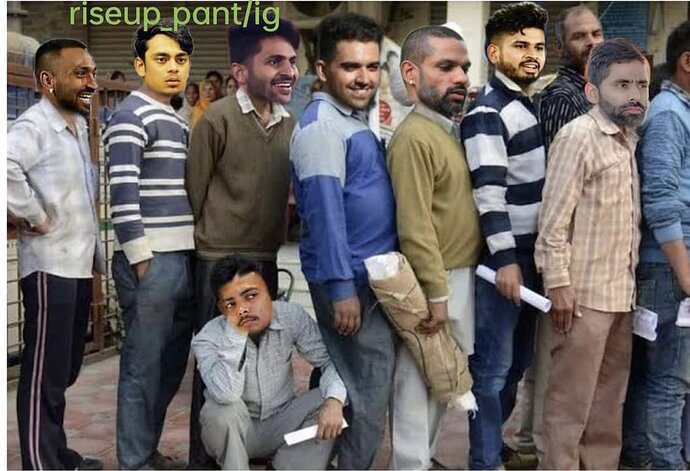 Team India squad is out! 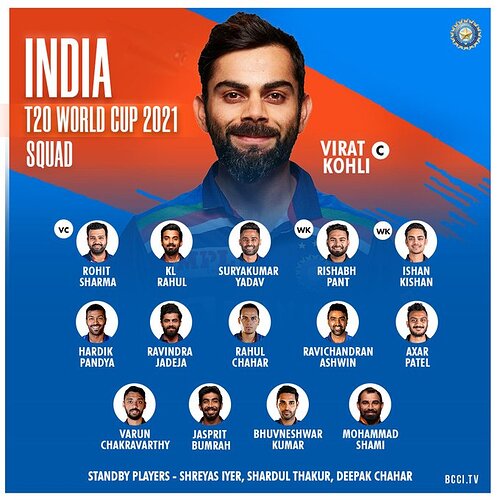 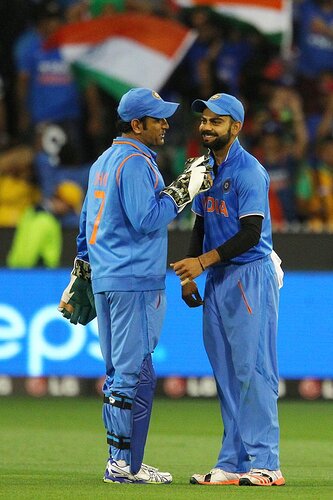 Bangladesh have announced their squad for the T20 World Cup 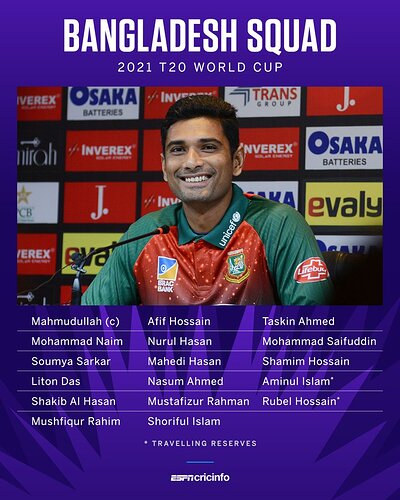 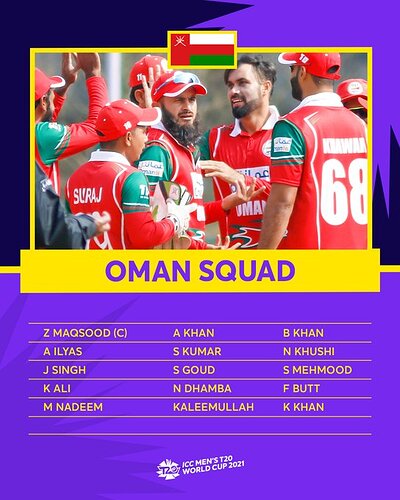 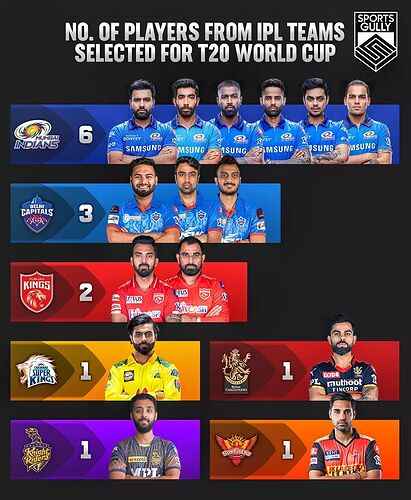 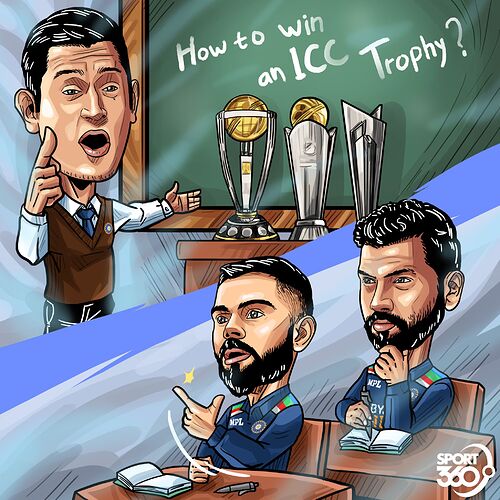