Of the 12 goals ATK Mohun Bagan FC have scored this season, 11 have now come in the second half! 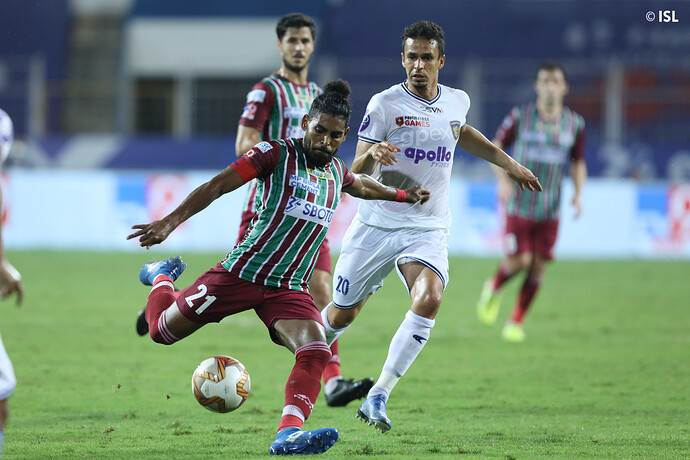 11 of the 12 goals scored by ATK Mohun Bagan have come in second half, the second most in the current ISL season. Only Hyderabad FC and FC Goa have scored more in the given period (12). Machine. 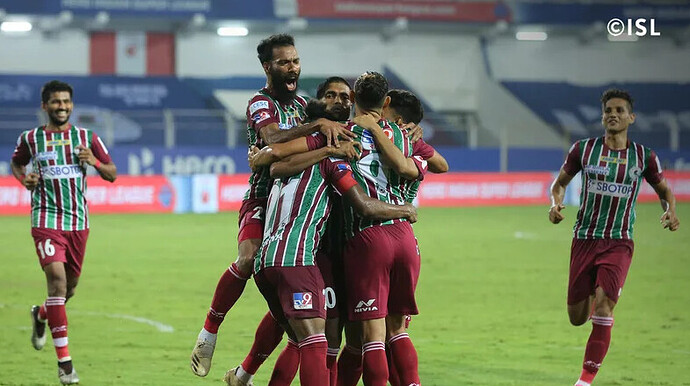 A competitive contest was on the cards between two teams who were in search of wins in tonight’s Hero ISL match at the Fatorda Stadium. Both ATK Mohun Bagan and Chennaiyin FC produced a fighting defensive display until David Williams popped up with an injury-time winner to seal the win and help Antonio Lopez Habas’ side keep pace with leaders Mumbai City FC. 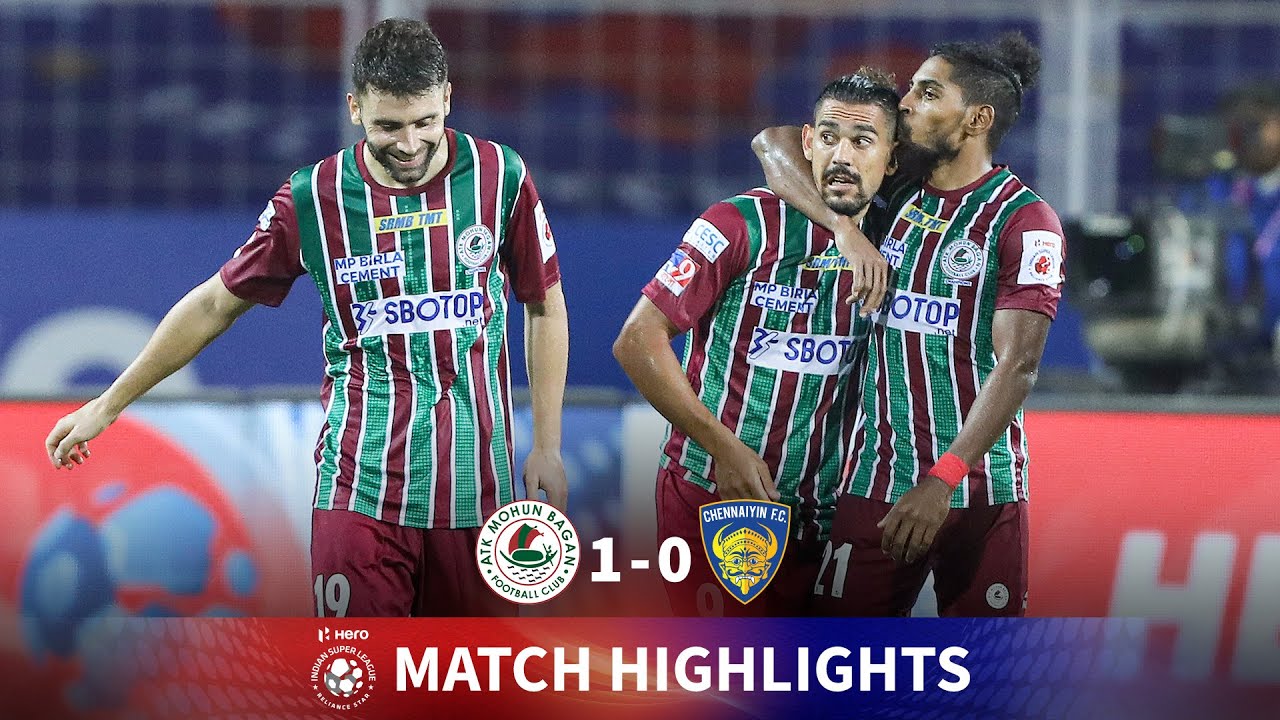 Hero of the Match - David Williams 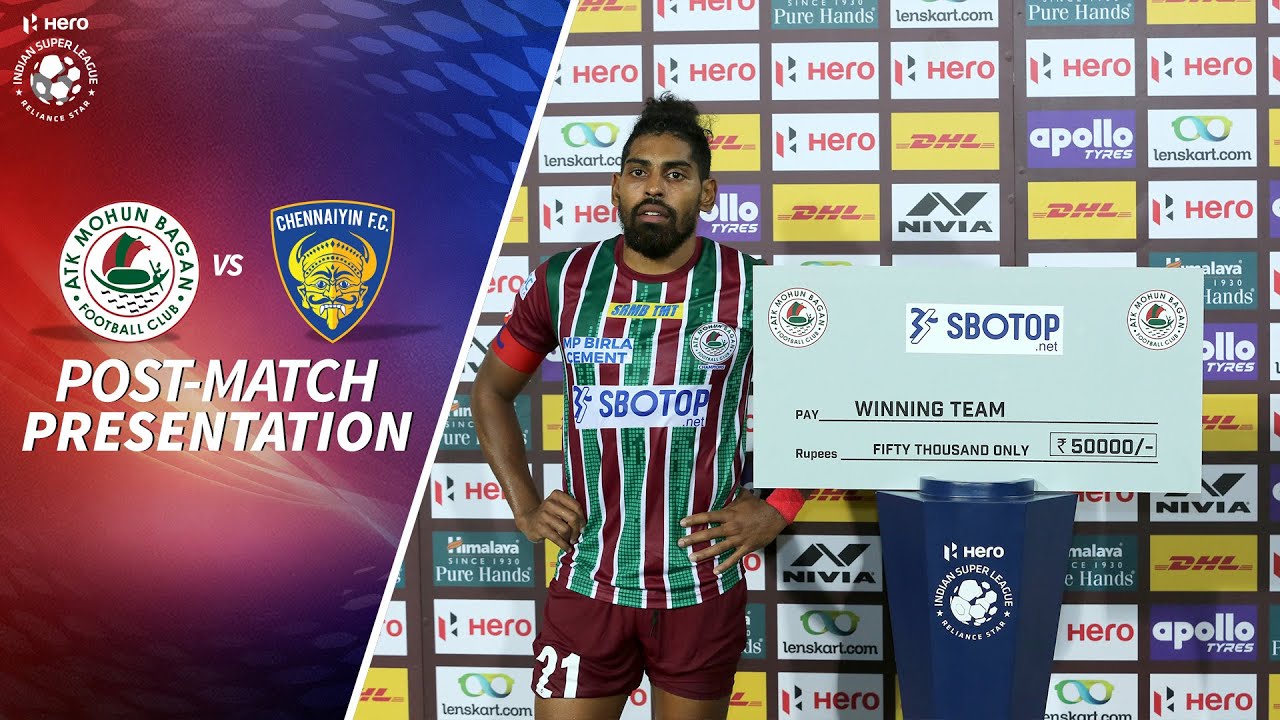 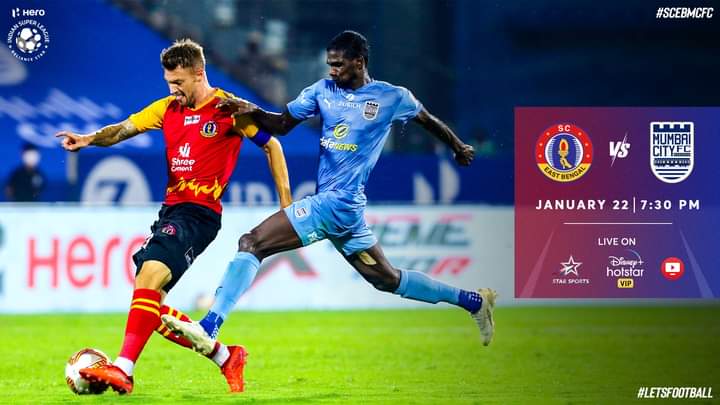 After a draw in their last Hero Indian Super League (Hero ISL) 2020-21 game, Mumbai City FC will be eyeing maximum points when they take on SC East Bengal at the Tilak Maidan Stadium in Vasco on Friday. The table-topping Mumbai City side currently find themselves in a strong position and will want to build on their lead at the summit of the league.

Unbeaten in 10 games, Sergio Lobera’s men will be itching to return to the pitch and find the back of the net after failing to score in a goalless draw against Hyderabad FC in their last outing. The last time the Islanders met SC East Bengal in the league, the table-toppers beat the Kolkata club 3-0 in a convincing manner, and they will be hoping for a similar outcome on Friday.

Meanwhile, SC East Bengal themselves will be quietly confident heading into the clash against the league leaders. A lot has happened, and Robbie Fowler’s men have made several improvements since their loss to the Islanders earlier in the campaign.

The Kolkata club, in fact, are currently on a seven-match unbeaten run in the league. However, they’ve only won two out of those seven games and Fowler will know that his side must start converting those draws into wins if they want to make it to the semi-final spots in the second half of the season.

What both Managers had to say going into this game

Mumbai City head coach Lobera said: “I think it will be a mistake if we play against SC East Bengal thinking about our last result. They are a completely different team now. They have improved on various levels. They are a very difficult team. It’s difficult to find spaces in their half [referring to SC East Bengal’s last game].

“…We need to improve. In the last game we could have done better. We are good as far as our place in the table is concerned. But we need to think about every game. We are working a lot to try to prepare in the best way possible for tomorrow’s game,” Mumbai City head coach Lobera said ahead of the game.

East Bengal assistant coach Renedy Singh said: “Mumbai City is a good side and they have been doing really well but we have to concentrate on our own style, the way we have for the last seven matches. I think the boys have worked really hard. It’s not easy to get results. We have seen the first four matches and only after the Kerala match in the first leg, the boys have been doing really well. It’s a process that we cannot skip. We have been in a good process now and we need to get some wins," said SC East Bengal assistant coach Renedy Singh ahead of the game.

The two teams will face each other for the third time. The Red and Golds succumbed to a 0-3 loss to the Islanders earlier in the current season.

The first meeting between these two sides was in the Round of 16 at the 2018 Super Cup. SC East Bengal (earlier known as Kingfisher East Bengal) ran out 2-1 winners. 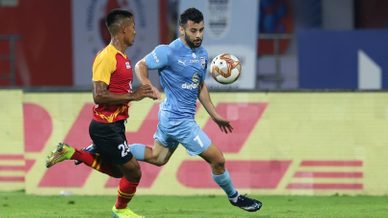 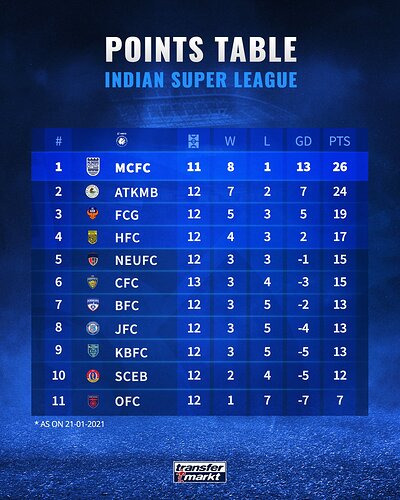 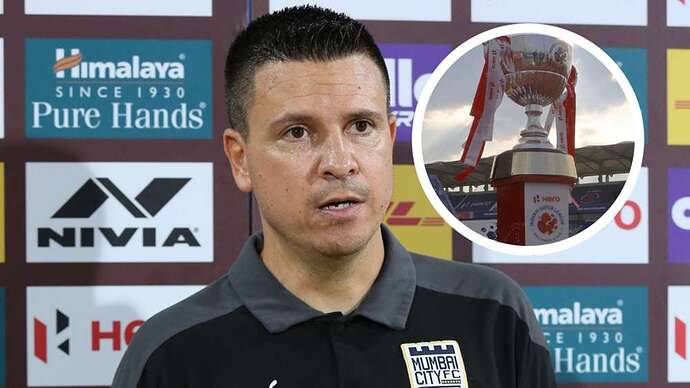 With his team currently leading the standings with 26 points from 11 games, the Islanders’ gaffer has mentioned that he would not mind trading any goalscoring records for the piece of silverware that he has not managed to clinch in his last three seasons at FC Goa.

“The most important thing is to win the trophy. Obviously, this will be a consequence of doing a lot of things well. Along the way, if we have very good numbers in terms of not conceding a lot of goals, scoring goals, possession, these things give you more possibilities to win the league. But if I need to refuse all records and only win the trophy, I prefer to win the trophy because this is the best record we can achieve,” he said. 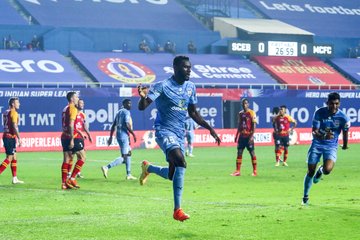 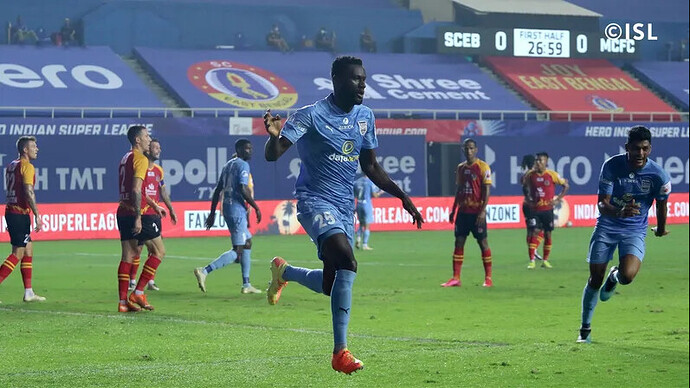 after a hard-fought contest. 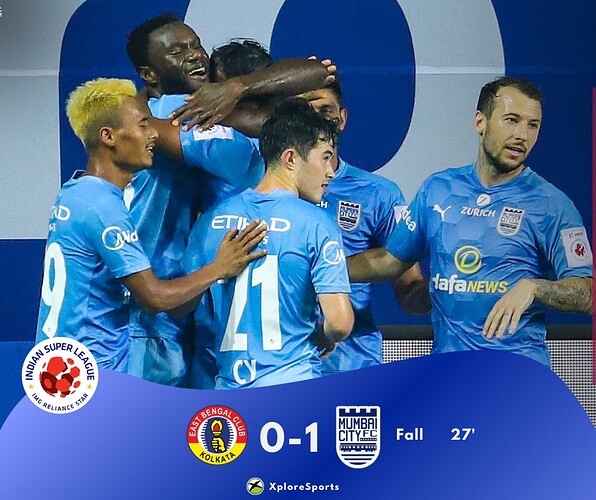 If I see the result, I’m extremely happy. But on the whole, we were dominated and that’s a concern. We had quite a few chances to score a second goal. However, we didn’t capitalise on that. If we continue this way, it might be difficult to win future games.

East Bengal played really well in the second half. We lost the ball often and made it easy for them. I want to play attacking football, create more chances and score goals. But we couldn’t do that throughout the game. We need to improve. Hugo Boumous was taken off as a precaution. He was feeling good on the field tonight and produced a good assist.

We were brilliant in the second half. This was a much improved performance and I was happy for my players. Unfortunately, we couldn’t get any points. It took a little longer for the players to adapt to the game. Some of them weren’t up to the mark. So made several tweaks in the final 45 minutes.

The table is tight at the moment and we need a string of wins from here to make it past the group stage. Jeje (Lalpekhlua) isn’t fully fit yet. Harmanpreet Singh, who is better suited for the role up front, is preferred as the Indian attacker. 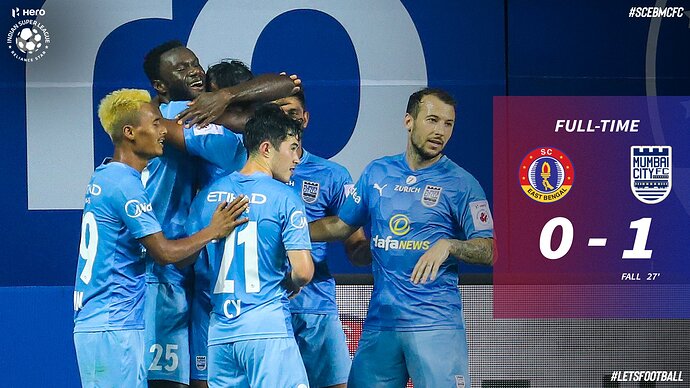 Both Robbie Fowler and Sergio Lobera had deployed SC East Bengal and Mumbai City FC respectively in a 4-2-3-1 formation. Mourtada Fall broke the deadlock in the 27th minute. Cy Goddard put in an inswinging corner, which and Mehtab Singh flicked out of the danger area. Hugo Boumous got the loose ball in control on the edge of the box. He looked up and put in a sumptuous cross into the penalty spot area. Mourtada Fall was left unmarked and he leaped high to head it into the back of the net.

The result kept Mumbai on the top of the league table with 29 points from 12 games. They are 5 points ahead of second placed ATK Mohun Bagan. East Bengal remained 10th with 12 points from 13 games.

Mourtada Fall wins the Hero of the Match award

For his commanding performance at the back. 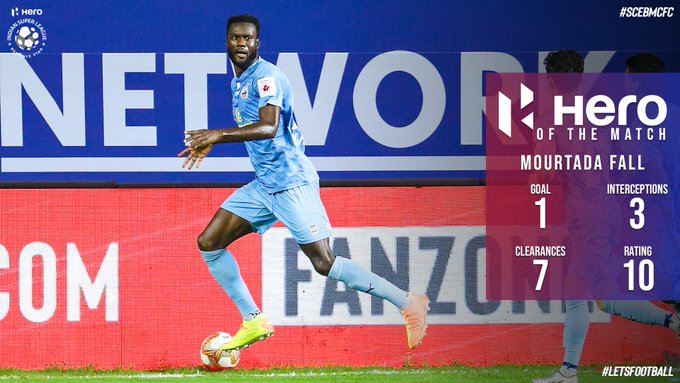 Hugo Adnan wins the DHL Winning Pass of the Match

For assisting the only goal of the match! 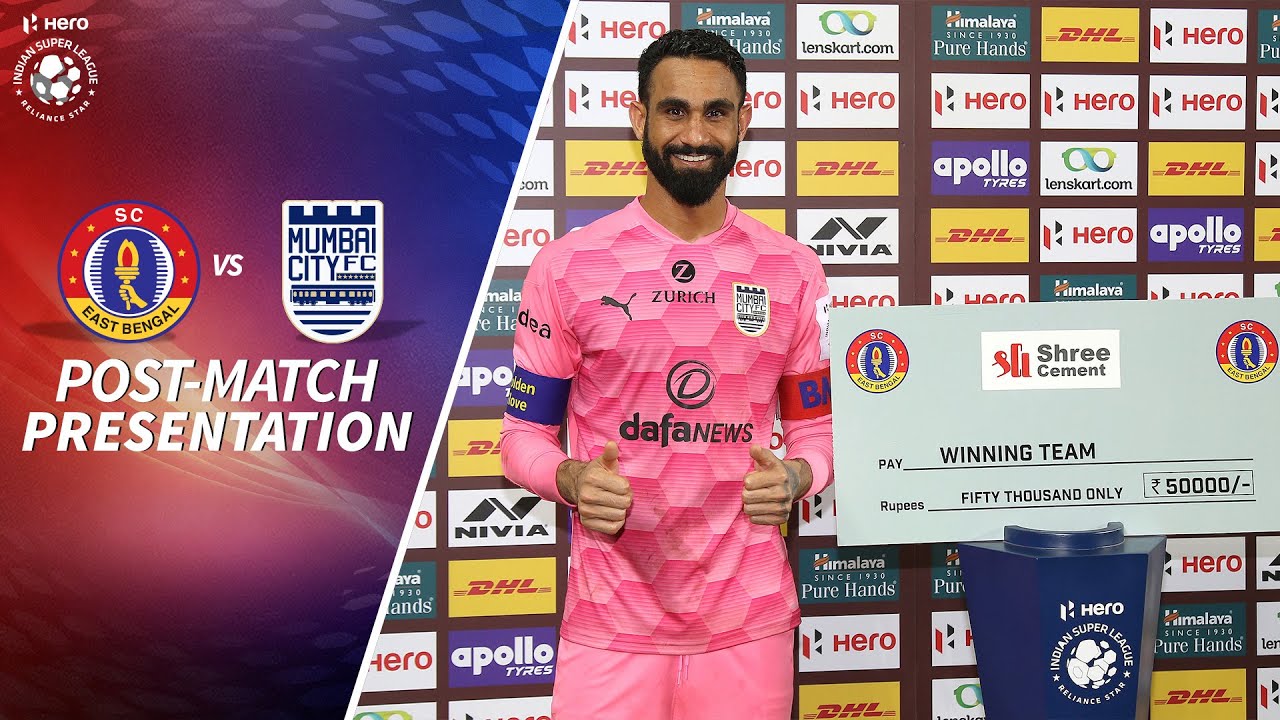 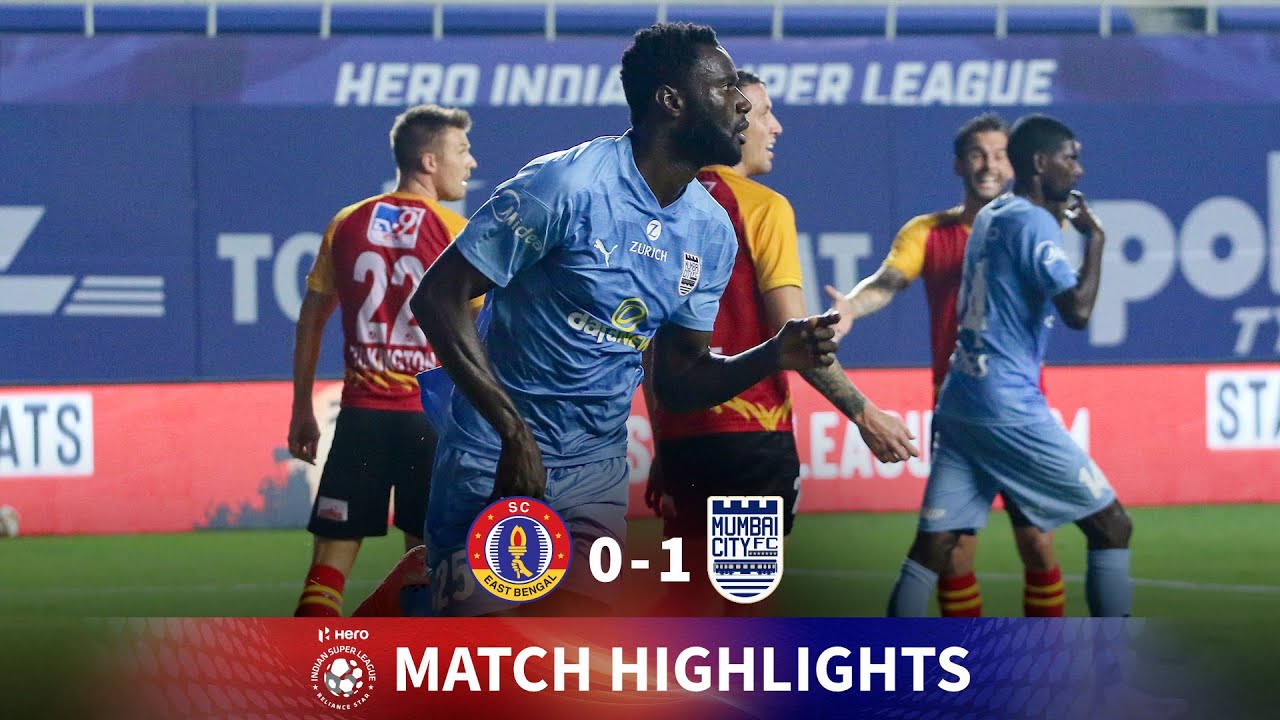 SC East Bengal left-back Narayan Das makes history today as he becomes only the second player to make 100 appearances in the Hero ISL. 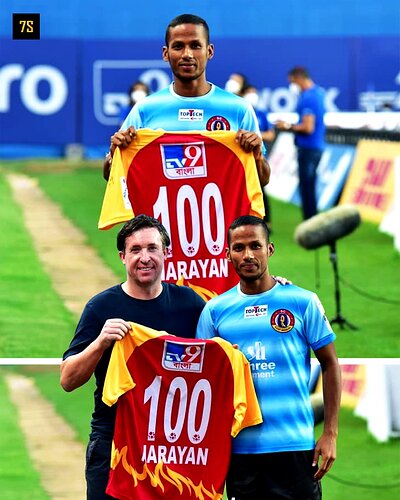 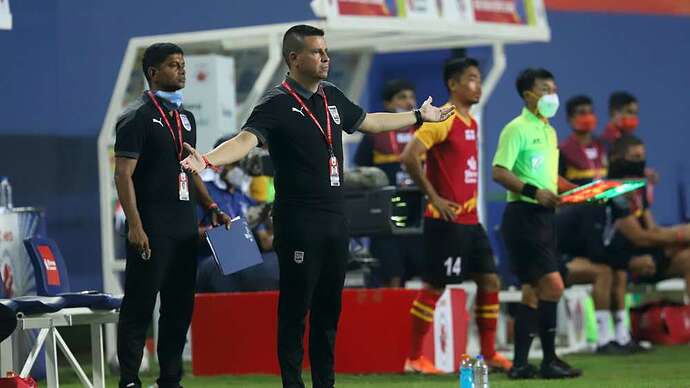 "When you see the stats, we lost the possession of the ball and it is difficult for us when we are playing this way. Obviously, we need to improve. We were lucky about the result in the second half because they played very well. We were playing against a team who were unbeaten in seven matches in a row. In the first half, we had chances to score the second goal.

“Sometimes it is not possible to play the way you want to play. The opponent was playing and we had to play in another way. In the second half, we suffered a lot because they wanted to keep possession. This is not the way we want to play. We want to win more games and improve. We need to work on this.” said Lobera.

“They (East Bengal) have improved a lot, they have new players. They are a very competitive team. Their results speak about their quality now, seven matches unbeaten. They played very well today and there is no comparison of this team with the team they were in the first half of the season.” 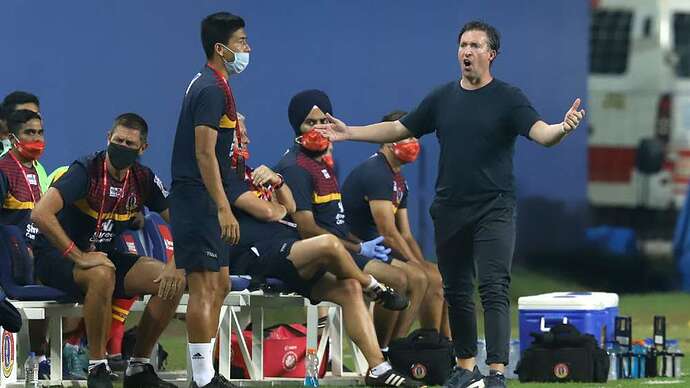 “This was a performance we can rightly proud of even though we didn’t win the game. But we showed everyone how much progress we have made. We looked better as a team, individuals looked fitter and stronger. It is a shame that it took us 45 minutes to get going because we probably gave Mumbai the hardest 45 minutes this year and full credits to the lads. Probably the scoreline didn’t do us justice but its a defeat nonetheless,” said Fowler.

“Like every game, we got to win. We got the attitude. If we play well and be confident then we can give anyone a game. We showed that tonight. We would have been more than happy to settle for a point, chasing the game really late but we always go out with the attitude to try and win it.”

“Mumbai are a good side with an excellent manager and excellent players. There’s a lot for us to work on and we will pick ourselves up. We have real ambition and aspiration to be among the top four.”

“It is massively frustrating because we have shown we can compete against the big teams. Every game we want to get the right results. But we will pick ourselves up. This was the first defeat in eight games. It is massively important that we start winning soon. We have got the players to get results so hopefully, the outcome will be good,” said Fowler.