Novak Djokovic and Rafael Nadal have met more than any other two men in the Open era - and the pair are ready to resume their long-standing rivalry once again in the French Open semi-finals.

The pair have faced each other 57 times, with Djokovic leading 29-28 after Nadal won the past two meetings.

The winner will play Stefanos Tsitsipas or Alexander Zverev in Sunday’s final. 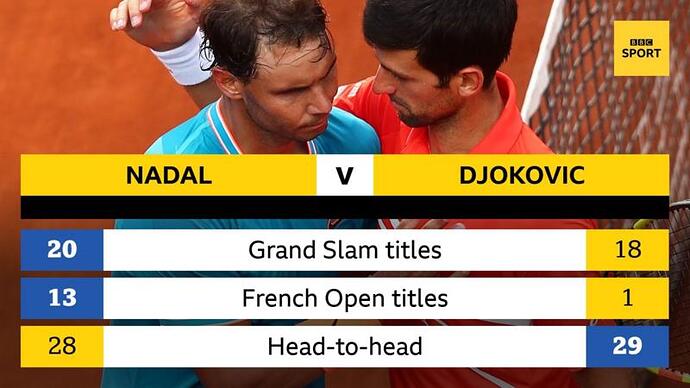 Spain’s Nadal and Serbia’s Djokovic have won 38 Grand Slam titles between them, with Nadal aiming for a 21st that would move him clear of Roger Federer for the first time in terms of most men’s majors.

Nadal is bidding for a record-extending 14th success at Roland Garros, where he has won 105 of his 107 career matches.

Djokovic won his one and only title on the Paris clay in 2016 and is bidding to become the first man in the Open era to win all four Grand Slams twice.

The pair have produced some of the greatest matches ever seen - which include memorable Grand Slam finals and career-defining victories.

They have met in: 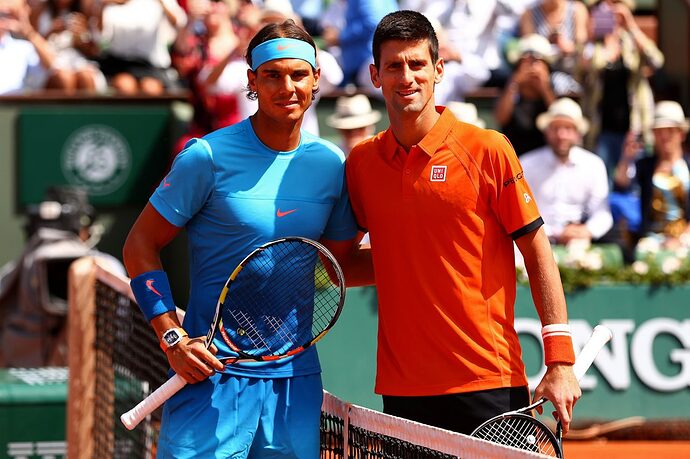 In his fourth major semi, Tsitsipas becomes the first Greek player to reach a Grand Slam singles final with a 6-3, 6-3, 4-6, 4-6, 6-3 victory over Alexander Zverev.

Fifth-seeded Tsitsipas will face either 13-time champion Rafael Nadal or world#1 Novak Djokovic in the championship match on Sunday.

The 22-year-old will have his work cut out on Sunday – he is 2-7 against Nadal and 2-5 playing Djokovic. 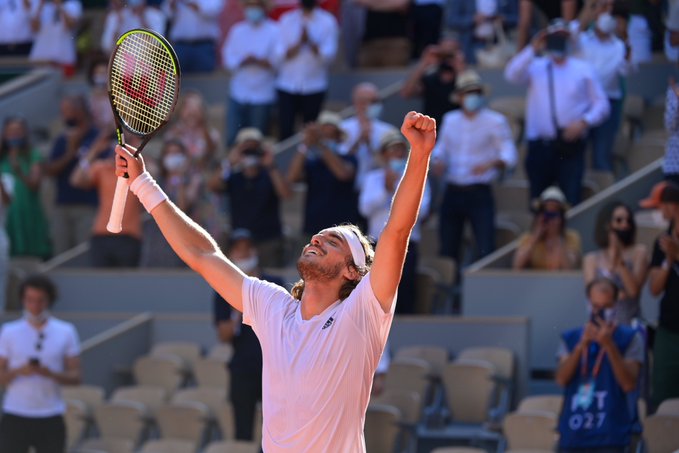 Novak Djokovic came from a set down in a spellbinding French Open semi-final to inflict only a third ever defeat on the Parisian clay for Rafael Nadal, moving through 3-6 6-3 7-6(4) 6-2 in front of of raucous crowd.

A jaw-dropping effort from the Serb as he becomes the only player to beat Nadal twice at the French Open.

He will now face Stefanos Tsitsipas in the finale on Sunday. 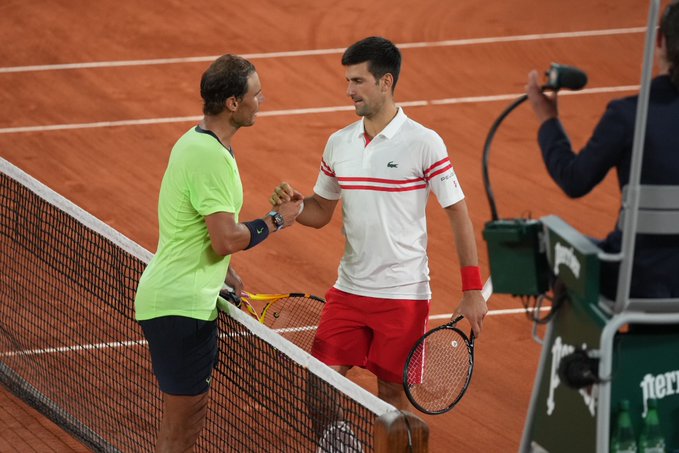 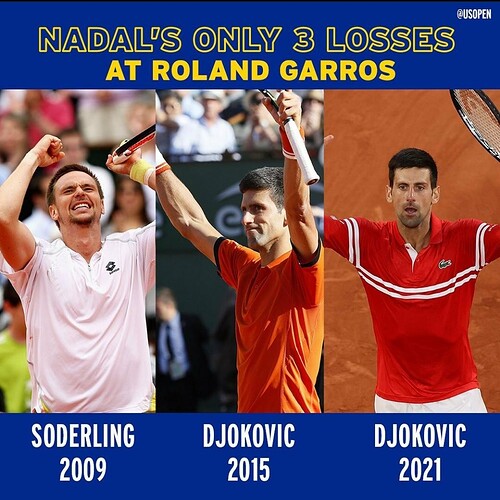 Barbora Krejcikova is the new queen of clay 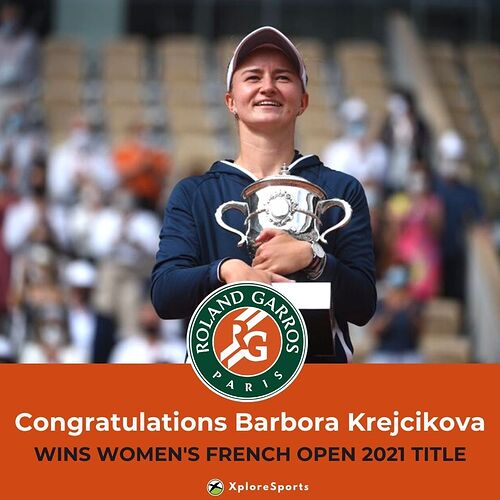 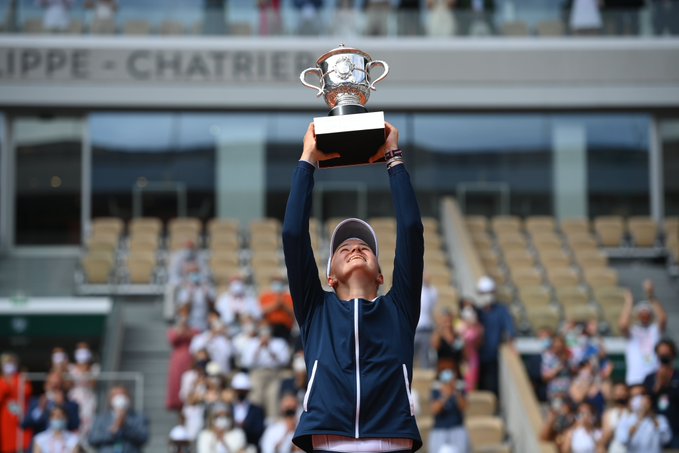 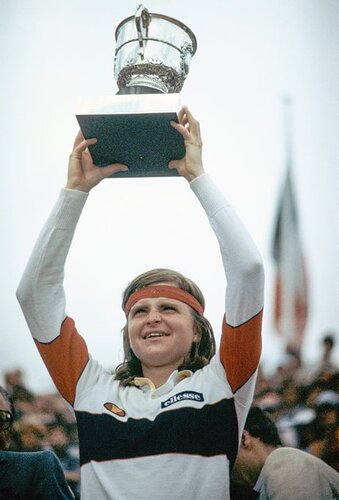 If Novak Djokovic defeats Stefanos Tsitsipas in Paris, the Serb would become the first man in the Open Era to win all four majors twice.

World no 1 Djokovic, now 34, will take on 22-year-old Stefanos Tsitsipas. The Big 3 are still at the top of the mountain, but the Next Gen is just a match away from joining them on that summit.

A 19th major for Djokovic or Does Tsitsipas grab his first? 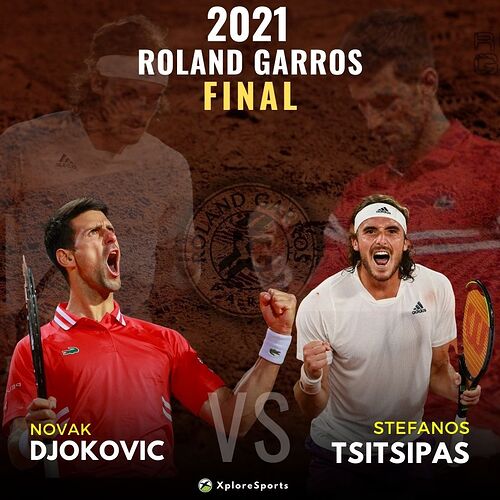 A generational clash with history on the line at Roland Garros

By advancing to the final, Djokovic claimed sole ownership of the second place on the all-time list for most Grand Slam men’s singles finals reached, ahead of Nadal.

Conventional wisdom says the Serbian’s long experience in championship matches will give him the edge over Tsitsipas. After all, the 18-time Grand Slam champion has already competed in 28 major finals, while this will be Tsitsipas’ – and Greece’s – first shot at major glory.

Djokovic also leads the ATP Head2Head against Tsitsipas by a healthy 5-2 margin. But the signs have been coming together for Tsitsipas, even as he trails in their 3-0 clay-court Head2Head. 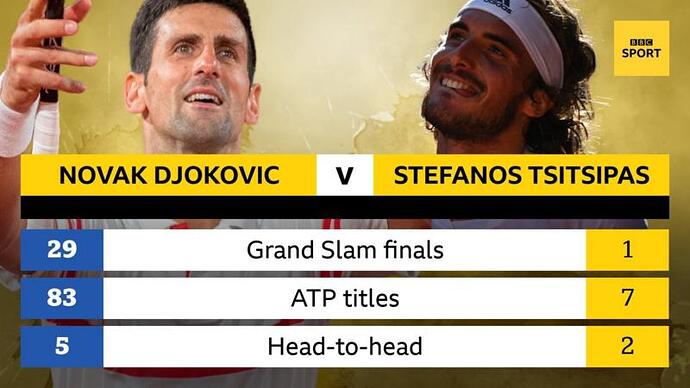 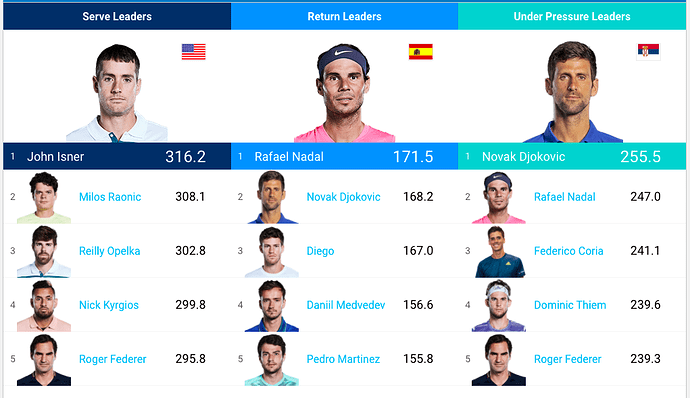 When it comes to Djokovic, it’s all about the mind game! No doubt he is the supreme Under Pressure Leader.

Apart from the game, I think Tsitsipas will have to combat Djokovic at psychological level by carrying the same aura as Djokovic through immense mind control and unwavering self-belief.

Although a Djokovic fan, l wish Tsitsipas the best to reign in the Clay court today! 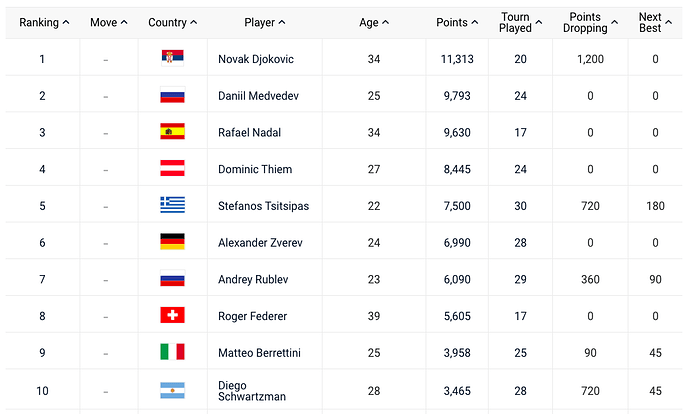